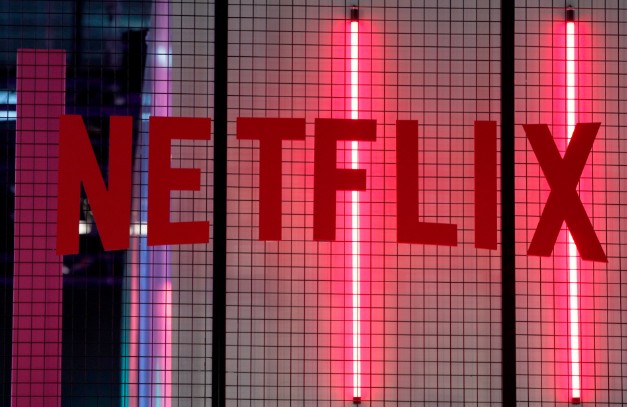 After disappointing earnings and Wall Street downgrades, Netflix stock takes a beating, closing at its lowest level since April 2020.

On waves of selling and disillusionment, Netflix stock, which was already down 16 percent in 2022 at the time of Friday’s Nasdaq session, fell another 22 percent today.

It concluded at $397.50, its lowest closing price since April 2020, after creeping up from an intraday low of $380 in the first hour of the day. The trading volume was over 20 times higher than usual.

The sell-off came after the company’s fourth-quarter earnings report disappointed many Wall Street analysts and investors, sparking a bigger discussion about the future of streaming in general. While the business only missed its fourth-quarter subscriber target by 200,000 (8.3 million adds vs. 8.5 million projected), its lackluster estimate for the upcoming quarter raised concerns.

Top executives couldn’t pinpoint a single reason for the slowdown in subscriber growth during their quarterly earnings call, instead of repeating their confidence in the company’s overall trajectory. “For the time being, we’re just being cool,” stated co-CEO Reed Hastings.

The majority of analysts did not remain calm. They poured down downgrades and negative reviews, and many of those who didn’t cut their Netflix ratings did lower their price goals, acknowledging the negative vibes. Michael Pachter of Wedbush Securities, the most famous bear on the stock, released a note to investors alluding to his long-term (and usually wrong) pessimism about Netflix.

He viewed Thursday’s earnings release and management commentary as a reckoning in his message, headed “Even a Broken Clock is Right Every Ten Years.” He stated, “We believe Netflix investors are only now beginning to appreciate Netflix’s future status as a low-growth, extremely profitable enterprise.” “We expect Netflix’s stock price to fall more once they fully comprehend this.”

Michael Nathanson of MoffettNathanson kept his “neutral” rating on Netflix but lowered his 12-month price estimate from $460 to $375.

Nathanson made a broader message for any corporation racing to throw billions into streaming, in addition to laying out the many reasons he believes investors should put the brakes on Netflix. Netflix’s decline occurred on a day when the stock market, particularly in the IT and media industries, saw a lot of red ink spilled.

Disney’s stock plummeted 7 percent after its value was based on its streaming strategy. The stock of ViacomCBS has also dropped by 7%. The performance of pure-play streaming services was far worse. Roku’s stock dropped 9%, as did FuboTV’s. Chicken Soup for the Soul Entertainment, which owns Crackle, is down 11%.

In a client message, Nathanson wrote, “For many years, we have gone alone down an empty and gloomy road asking a simple issue of whether streaming is a good business.” “Many of our customers would respond with, ‘Of course it is!’ Look at the stock valuation and huge equity returns that Netflix has achieved, you dumb fool.’ In fact, we may have lost a few clients along the way because they were tired of us being wrong on the stock or simply too stupid or stubborn.”

Nathanson anticipated that Netflix may gain only 6 million-11 million net new customers in 2022, based on previous trends and financials. “This is alarmingly low when compared to the five-year average of 26.5 million,” he said. Despite this, the analyst maintains a full-year prediction of more than 20 million, pending any further discouraging news.

Morgan Stanley’s Ben Swinburne cut Netflix to “equal-weight,” with a $450 price target. He described the stock as overextended in a message to clients, with its valuation predicated on earlier perceptions of the company’s growth.

“As indicated by its recent 10%+ U.S. price rise,” he added, “engagement is expanding, churn is dropping, and Netflix plainly has pricing power.” “However, bringing that additional new member into the service is proving to be more difficult than we expected.”

Not everyone on Wall Street agreed with the pessimists. Jeffrey Wlodarczak of Pivotal Research Group cut some of his growth and stock estimates for Netflix but reaffirmed his “buy” rating on the company. He pointed out that not only is Netflix still the world’s leading streaming service with roughly 222 million subscribers, but it also has other benefits as the world moves inexorably toward streaming.

In a letter to clients, the analyst stated that the company “continues to enjoy a 5+ year head start on its counterparts with a broad emphasis across most demographics.” “We believe there are still considerable worldwide subscriber/ARPU growth prospects” as it “continues to be the dominant player internationally in the drive to streaming (which, in our opinion, is in the middle innings) away from traditional pay-TV.”

Be the first to comment on "After disappointing earnings and Wall Street downgrades, Netflix stock takes…" 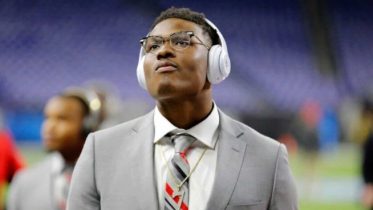 Ex-Ohio State quarterback Dwayne Haskins died over the weekend. The Buckeyes will honor him during their spring game. This week, the football world was rocked…