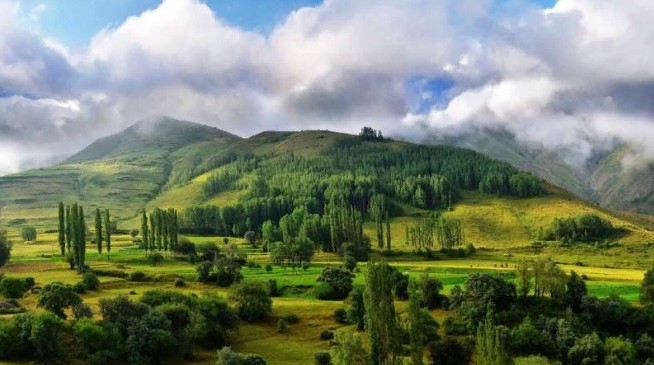 According to recent University of Colorado Boulder research published March 2 in the journal PLOS One, people exposed to greater green space during the first year of the COVID-19 pandemic reported much less melancholy and anxiety.

People sought refuge in the great outdoors during a period when mental health problems were on the rise due to financial hardships, supply shortages, and incessant news coverage of the virus, according to the study, with one-third spending more time there than they did pre-COVID.

“This study demonstrates the importance of keeping parks and green spaces open during times of crisis,” said senior author Colleen Reid, an assistant professor of geography at the Institute for Behavioral Science. “It also demonstrates that, as a public health strategy, more effort should be taken to create and make accessible green places.”

The researchers gave roughly 1,200 Denver-area residents a 30-minute survey to gauge their mental health and perceptions of green space near their homes, including how much there was, whether they could see it, if it was accessible, how much they used it, and it’s quality. Aerial satellite footage was also obtained to scientifically measure greenery in respondents’ localities.

The survey took place between November 2019 and January 2021.

Reid added more questions once COVID-19 was discovered and lockdowns were implemented, allowing a rare opportunity to look at how the pandemic affected mental health over time and what was most worrisome about it.

“Unsurprisingly, we discovered that the pandemic had a poor influence on mental health,” said Emma Rieves, a master’s student in the Department of Geography. “However, even in the face of such extreme pressures, we discovered that green space can have a tremendous protective effect.”

People were stressed out due to supply shortages and job losses.

Surprisingly, the study discovered no link between having COVID and having poor mental health. However, having symptoms, no diagnosis, and no way to test was worrisome, according to respondents.

Those who lost their jobs or thought they were working in a dangerous workplace were also more likely to be stressed or depressed, with a concern of supply shortages being the most common source of mental health issues (including toilet paper and food).

People who spent a lot of time on the internet reading news reported having worse mental health. Having plenty of green space nearby, as judged by satellite photos, was, on the other hand, linked to lower depression levels.

The study discovered that in order to obtain the maximum advantage from adjacent green space, people needed to get out and use it. Those who spent the most time in green spaces had much lower levels of anxiety and despair.

“There are many dimensions of green space, and our study looked closely at how these dimensions impact mental health,” Rieves said, noting that when deciding whether to invest in more greenery in a community, policymakers often rely solely on objective measures like satellite images or proximity to parks.

According to Rieves, a huge patch of greenery on a satellite image could actually be a weed-infested property. A ‘nearby park’ may be located on the opposite side of a major motorway.

“It isn’t simply about having a view of trees from your home. The quantity, quality, and accessibility of that green space are all important considerations “Rieves stated.

At the start of the epidemic, many government agencies shuttered public green areas, including neighborhood playgrounds and national parks, for fear of the virus spreading quickly through surfaces.

Coloradans went to the outdoors once parks reopened, with venues like gyms, pubs, and churches still closed: 33% of respondents reported spending more time in parks or on trails than the year before.

The research adds to a growing body of evidence that suggests green space has a quantifiable effect on health.

According to the ‘biophilia hypothesis,’ humans have an inbuilt desire to interact with green areas, where the relaxing atmosphere regulates stress hormones in a way that promotes healing and prevents disease.

“The idea is that we have evolved with nature, and that we have only recently lived in the concrete jungle,” Reid explained.

People with greater wages, and thus better access to good food and health care, may also be more able to afford to live near green spaces, according to Reid.

Reid’s study took into account sociodemographic aspects as well as the many unique conditions that have arisen during COVID to address this.

Even after accounting for all of the variables, the benefits were clear: “Spend more time outside,” Rieves said. “Whether there’s a pandemic or not, it’s beneficial for your mental health.” 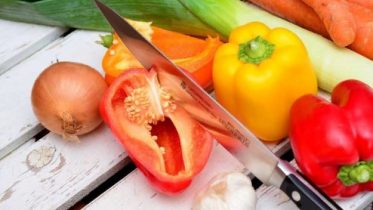 According to experts, giving people money to buy fruit and vegetables could make them eat more of them by up to 15% According to a…