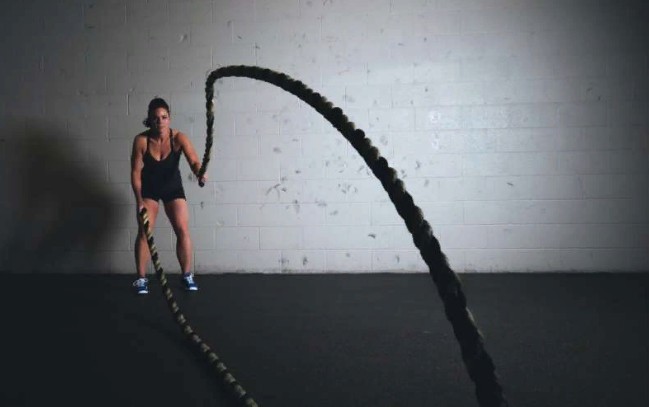 According to preliminary research to be presented at the American Heart Association’s Epidemiology, Prevention, Lifestyle & Cardiometabolic Health Conference 2022, resistance training may be preferable to aerobic exercise for improving sleep, and sleep is crucial for cardiovascular health.

The summit will take place in person in Chicago and digitally from Tuesday, March 1 to Friday, March 4, 2022, and will feature the most up-to-date population-based knowledge on cardiovascular health promotion and stroke prevention.

Unfortunately, more than a third of Americans do not get enough sleep on a regular basis, according to the National Sleep Foundation “Angelique Brellenthin, Ph.D., assistant professor of kinesiology at Iowa State University in Ames, Iowa, is the study’s lead author.

“Although aerobic exercise is frequently recommended to aid sleep, less is known regarding the benefits of resistance vs aerobic exercise on sleep. More study on resistance exercise and sleep outcomes is needed, according to the 2018 Physical Activity Guidelines Advisory Committee Scientific Report from the US Department of Health and Human Services.

One of the largest and longest exercise trials in a broad adult population to directly examine the effects of different types of exercise on multiple sleep metrics is our research.”

The previous study has shown that not getting enough sleep (the recommended amount for people is seven to eight hours per day) or receiving poor quality sleep increases the risk of high blood pressure, high cholesterol, and atherosclerosis (atherosclerosis occurs when fatty deposits build up in arteries).

Sleep deprivation has been linked to obesity, diabetes, and inflammation, all of which can exacerbate the cardiovascular disease. Oversleeping or undersleeping has also been linked to an increased risk of stroke, heart attack, and mortality.

For 12 months, participants were randomized to one of three exercise groups (aerobic only, resistance only, or mixed aerobic and resistance) or a no-exercise group (for comparison).

The exercise groups all met three times a week for supervised 60-minute sessions, with the combination group completing 30 minutes of aerobic and 30 minutes of resistance exercise.

Among the numerous workouts were:

During each session, aerobic exercise participants could choose between treadmills, upright or recumbent bikes, or ellipticals as their aerobic modality.

Researchers kept track of their heart rates to ensure they were within the recommended heart rate range for moderate-to-vigorous activity.

To engage all of the major muscle groups in one session, the resistance exercise group completed sets and repetitions on 12 resistance machines.

At the beginning and at the end of the study, participants took a range of tests, including the self-reported Pittsburgh Sleep Quality Index (PSQI), which assesses sleep quality.

Sleep duration, sleep efficiency (the amount of time spent sleeping divided by the total amount of time spent in bed), sleep latency (the time it takes to fall asleep after getting into bed), and sleep disturbances were also measured (how frequently sleep is disturbed by things like being too hot or too cold, snoring or coughing, having to use the bathroom or having pain).

Lower PSQI ratings imply higher sleep quality, with 0 indicating the best sleep and 21 indicating the worst possible sleep. “Poor quality sleep” is defined as a score of five or above.

At the start of the trial, more than a third of the individuals (35%) had poor sleep quality.

The group allocated to resistance training only saw a small decrease in sleep latency of 3 minutes, with no significant changes in latency in the other participant groups.

All groups, including the non-exercising group, had some improvement in sleep quality and sleep disruptions.

Based on these findings, resistance exercise programs could be a novel strategy to promote better sleep and cardiovascular health.

“While both aerobic and resistance training are beneficial to general health,” Brellenthin said, “our findings show that resistance exercises may be preferable when it comes to getting better ZZZs at night.”

“Resistance training enhanced sleep duration and efficiency, which are important indices of sleep quality because they represent how well a person falls asleep and stays asleep all night.

Consider integrating two or more resistance exercise training sessions into your normal exercise regimen to improve your general muscle and bone health, as well as your sleep, if your sleep has been notably poorer over the past two stressful years.”

The researchers used a self-reported sleep questionnaire to assess sleep rather than objectively monitoring sleep, which is a study drawback. 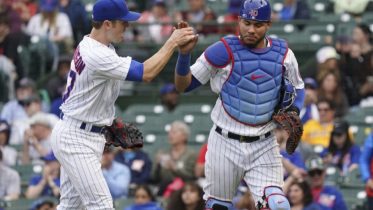 For the sake of the organization’s future, these three Chicago Cubs trade rumors must come true. The initial phase of the Chicago Cubs’ selloff of…