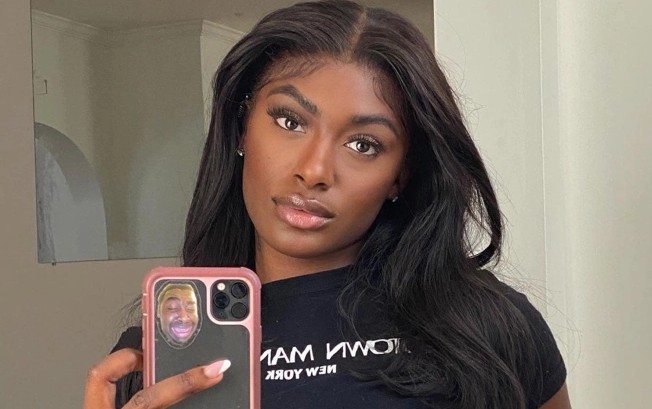 In Lauren Smith-Fields’ case, new information has emerged, including how her family learned of her death and how police ignored critical evidence.

Lauren Smith-Fields’ situation has captivated social media users. Some people continue to doubt the role of the white man who discovered her body. Others, on the other hand, are criticizing the case’s lack of substantial attention.

That is, in contrast to more recent incidents of young women dying unexpectedly, such as Gabby Petito. New information has emerged in the case, according to The Shade Room’s internal investigation, including how the family learned of her murder and important evidence inexplicably neglected by Bridgeport police.

Lauren’s death was judged an “accident” by the Connecticut Office of the Chief Medical Examiner on Monday. The 23-year-old died of “acute intoxication due to the combined effects of fentanyl, promethazine, hydroxyzine, and alcohol,” according to the report. Lauren was discovered unresponsive in her residence on December 12, 2021, and the medical examiner’s office released the results more than a month later.

The family, though, claims there’s more to the story, especially because Lauren had no past history of heavy drug use.

A legal notice has been filed.

Lauren’s family is said to have filed a legal notice on Friday as part of a larger plan to sue. The city of Bridgeport, Connecticut, and the Bridgeport Police Department will be named in the upcoming case. Bridgeport police “failed to employ the required crime scene investigation team to acquire physical evidence,” according to the document.

Bridgeport police also “refuse to view the last individual to see Smith-Fields before she died as a person of interest,” according to the legal notification.

‘TSR Investigates’ is looking for answers.

‘TSR Investigates’ reporter Justin Carter did a deep dive into everything we know thus far about the case. Matthew LaFountain, a 37-year-old Caucasian guy, was the last person to see Lauren alive, discover her motionless body, and call 911. The night before she died, she met with the design engineer in person for the first time. The two had met three days before on Bumble, a social, dating, and networking app. Despite being the last person to see Lauren alive, Matthew has not been declared a person of interest by the authorities. He is still a free man, according to ‘TSR Investigates.’

Lauren’s Family Discovered She Had Passed Away

Lauren’s family claims that the police investigation was bungled from the start, triggering the planned lawsuit.

When Lauren didn’t answer or return her calls, Shantell Fields, the victim’s mother, told Justin that she sensed something wasn’t right. She went to Lauren’s house with Lauren’s older brother, Lakeem Jetter, where they found a message on the door addressed to anyone looking for the young woman. The note was written by the property owner, who notified Bridgeport cops after being approached.

Detective Kevin Cronin told Lauren’s brother Tavar Gray-Smith that authorities didn’t need to notify the family because the body had already been identified using her passport. Lauren had been dead for 24 hours at this point.

Lauren’s Death the Night Before

A copy of the police report was obtained from the crime site by ‘TSR Investigates.’ On December 11, 2021, Matthew apparently came to Lauren’s house at 9:30 p.m. local time. After their initial meeting on Bumble, he claims the two exclusively talked on Instagram. Lauren had invited Matthew over “for a date,” according to Matthew.

She reportedly requested him to give her $40 and bring a bottle of tequila so she could get her nails done. He attempted to contact her via Instagram once he arrived, but she did not respond. He departed “thinking he was stood up,” but subsequently returned at Lauren’s request, according to authorities.

Once they were together, Matthew told police they started shooting Casamigos from a 750 mL bottle, but Lauren “felt unwell.” She reportedly went to the toilet to vomit, returned contritely, and they both continued to drink tequila with mixers this time.

“We played some games, ate some food, and then started watching a movie,” they said. Lauren was messaging her brother, Matthew added, who was about to drop something off. She apparently went outdoors to see her brother, but Matthew never saw him.

Matthew claimed that when she returned from outdoors, she went straight to the bathroom and spent 10-15 minutes inside. Despite his suspicions about her behavior, Matthew stated he did not confront her because he “didn’t feel it was his place to say anything because he didn’t know her that well.” Lauren fell asleep on the couch after she returned, according to Matthew. As a result, he brought Lauren to her bed, sat next to her, and fell asleep as well.

Lauren was discovered to be unresponsive.

Lauren was apparently snoring when he awoke at 3 a.m. to use the bathroom. She was “lying on her right side, blood was flowing out of her right nose into the bed, and she was not breathing” when he awoke a few hours later at 6:30 p.m. Matthew claims he dialed 911 at that point. About 19 minutes later, she was pronounced dead.

Matthew was a “good man for phoning 911 in the first place,” Detective Cronin subsequently told Lauren’s family. The family now wants to learn more about his role in the case.

Darnell Crosland, Lauren’s family’s attorney, said, “We’re now prosecuting them.” “I’m curious as to who Cronin spoke with that morning.” We’d like to examine his phone because we believe he spoke to [Matthew], knows this gentleman, or has some sort of link with him.”

The Police Ignore the Evidence

Darnell said the family found what they believe to be crucial evidence at Lauren’s residence. They discovered bloodied sheets, a mystery pill, and a used condom with semen in it while cleaning out her apartment two weeks after she died.

“A bedsheet with blood, a pill, and a condom were left at the location two weeks later,” Darnell added. “Why did the family have to beg them to do a CSI two weeks later?” Why? “A Black family is being ignored, and Gabby and everyone else is being treated as if they are second-class citizens.”

Lauren’s family spent Sunday, January 23 marching to the police department’s office. Lauren would have turned 24 years old on this day.

Shantell remarked at the march, “She had a life, she had a business, she was in college, and she had a family and people who loved her.” “No one will throw away Lauren Smith-Fields, my daughter, because she is garbage.” They’ll respond to anything or risk losing their jobs. I’m looking for Cronin’s badge.”

Following widespread indignation, Bridgeport Mayor Joe Ganim issued a statement. In such circumstances, he said, there is “no tolerance” for families who are treated with “anything less than respect and care.” The “issue has been sent to the Office of Internal Affairs for a complete and fair inquiry,” according to the report.

Be the first to comment on "In Lauren Smith-Fields’ case, new information has emerged, including how…" 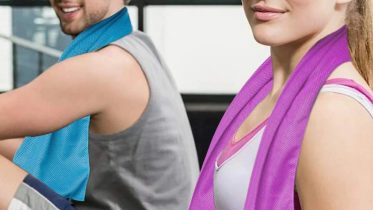 Keep Cool All Summer Long With This $19 Pack of Cooling Towels With 8,000…

Keep Cool All Summer Long With This $19 Pack of Cooling Towels With 8,000+ Five-Star Reviews We’ve been bringing you all kinds of goods to…

Watch Nikola Jokic use wizardry to pull off an amazing pass