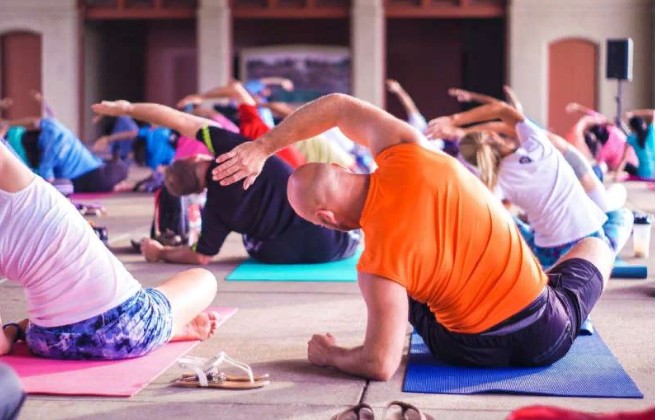 According to new research, workplace physical exercise programs can have a positive influence on employee well-being, and the powerful advantages can be observed in as little as two months.

Workers who completed a 50-day workplace program of daily activity reported feeling significantly less nervous, stressed, and sad, as well as being more alert during the day and sleeping better at night, according to a study of participants.

Anxiety levels reduced by over 20%, stress levels improved by 13%, and depression symptoms improved by nearly 10%, according to research published in Current Psychology by Deakin University’s Institute for Health Transformation (IHT).

Participants also reported improved sleep habits, feeling less exhausted during the day, and having a higher sense of well-being (up by 6.7 percent).

The study, according to IHT Director Professor Anna Peeters, emphasized the importance of engaging workplace communities and improving workplace culture in order to improve workers’ mental and physical health.

Professor Peeters explained, “Unlike clinical trials, this study looked at a real-world application to two very important problems, mental health and daily physical exercise.” “It demonstrates that enrolling employees in an engaging workplace-based health program can boost both.”

Nearly 3000 employees from companies across Australia and New Zealand took part in an online workplace wellness program for the study.

Participants kept track of their personal and their teams’ development by logging their daily physical activity (steps taken). They also completed a survey at the beginning and end of the 50-day period.

Professor Peeters said, “Previous study has demonstrated that physical activity is an important self-care strategy for improving employees’ physical and mental health, and this research indicates that considerable gains can occur in a relatively short period of time.”

“We discovered that the higher the level of participation in the program, the more effective it was in enhancing all well-being metrics, particularly anxiety and general well-being.”

“Because more than half of the world’s population (58%) spends one-third of their lives at work, workplaces are an important venue for health promotion.”

Professor Peeters stated, “A health-promoting workplace has the power to increase emotional, physical, and mental well-being, resulting in good quality job performance of its personnel and the greater workplace community.”

Larsa Pippen made some candid remarks about her ex-boyfriend, the legendary NBA player Scott Pippen. The 48-year-old Real Housewives of Miami star admitted to Melissa…

After attempting to enter Selena Gomez’s home without permission, the…