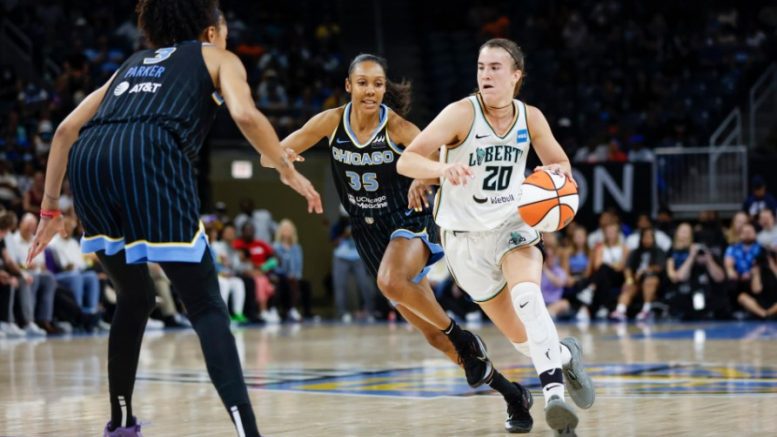 The New York Liberty have won a WNBA playoff game for the first time since 2015 after defeating the Chicago Sky in Game 1 of their first-round clash.

The defending champion Chicago Sky and the New York Liberty squared off in the first game of the first round of the WNBA playoffs on Wednesday night.

The Sky appeared to be in position to win the crucial Game 1 victory with little over three minutes left, leading 91-85. They would only need one more victory to go past the opening round if they took this action.

An enormous upset that startled both fans and the media on Twitter occurred when the Liberty instead scored 13 straight points to win 98-91.

It was a great way to start the #WNBAPlayoffs when the 7th-seeded New York Liberty upset the 2nd-seeded Chicago Sky in Game 1 on the road. NY is one game away from moving on and currently leads the series 1-0.

Welcome back, #WNBA Playoffs. What a way to start things off.

The Liberty trailed 91-85 with 3:31 remaining in Game 1 against the Sky before going on 13-0 run, tied for the 3rd-largest to end a playoff game in WNBA history.

Chicago Sky were stunned after this. From this moment on NY goes on a 13-0 run, Chicago didn’t score again. Unbelievable. https://t.co/L7OoDHovU8

Not sure I’ve ever seen anything like that. It’s as if Marine’s pass completely stunned the Sky. Chicago completely lost its composure and fell apart after that ridiculous assist. Unreal!

Sabrina Ionescu and the NY Liberty walked into Candace Parker’s house and put their feet on the couch??? pic.twitter.com/0ws6qmdX6T

Being told the Liberty have guaranteed their fanbase to have a home game in game 3 probably gave all the motivation Sabrina Ionescu needed to win game 2 and not need a game 3 home game to win the series.

The Liberty’s most recent victory came on September 23, 2015, when they defeated the Indiana Fever 84-67 in Game 1 of the Eastern Conference Finals. In order to win the series and secure a place in the WNBA Finals, the Fever would go on to win the following two games.

It was a strong play that signaled the start of the Liberty’s comeback. Marine Johannes received the ball from Sabrina Ionescu and dribbled all the way to the three-point line.

When Natasha Howard was left alone in the paint, Johannes gave her a double-handed, over-the-head pass. Howard made an uncontested layup to reduce their deficit to 91-87.

View it for yourself.

WHAT ON EARTH MARINE JOHANNES pic.twitter.com/lCN7CtTi5F

Speaking of Ionescu, in 36 minutes of action, she led New York with 22 points on 8-for-12 shooting from the field, seven rebounds, six assists, and two steals.

For the Sky, Candace Parker (17 points, 10 rebounds) and Courtney Vandersloot both had a double-double (13 points, 10 assists). Chicago’s Kahleah Copper was the top scorer with 22 points (7-for-14 on field goal attempts).

If the Liberty win Game 2 on Saturday at 12 p.m. ET, they will have a chance to go to the Conference Finals. The Sky will attempt to force a Game 3 in Brooklyn at the Barclay’s Center. 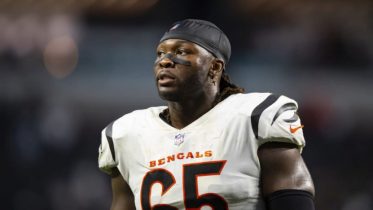