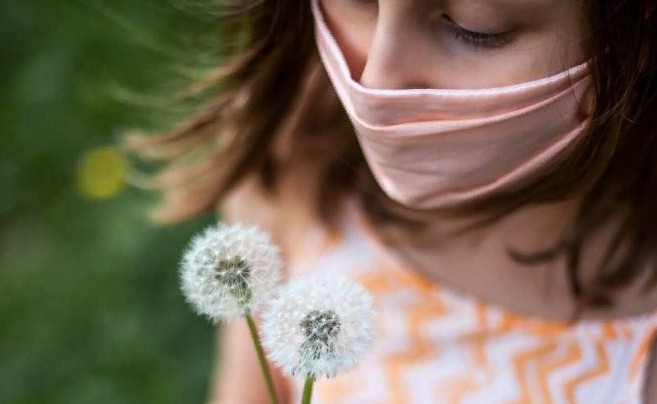 The COVID-19 pandemic’s social and economic impacts are threatening to reverse gains toward gender equality, according to a new study.

According to new research, women have been disproportionately affected by COVID-19, which has caused substantial disruptions in many facets of life.

The socio-economic repercussions on women generally remain long after the initial disruption, according to research on prior public health and economic crises. As a result, the study’s authors advise immediate action to avoid reversing progress toward gender equality.

The majority of previous gender disparity research has focused on the COVID-19 pandemic’s direct health impacts—it is well documented that men have greater rates of COVID-19 incidence, hospitalization, and mortality than women around the world.

However, little research has looked at how the COVID-19 pandemic’s indirect health, social, and economic repercussions have impacted gender inequality across geographies in a systematic and detailed way.

“Throughout the pandemic, this study is the first to present comprehensive global evidence on gender differences in a variety of health-related, social, and economic parameters. COVID-19 appears to have exacerbated rather than created new inequities, according to the evidence “Professor Emmanuela Gakidou, the senior author, says:

“The COVID-19 pandemic has brought society to a crossroads, and investing in women’s and girls’ empowerment is crucial to ensuring that progress toward gender equality does not stagnate or reverse.

We cannot allow the pandemic’s social and economic consequences to endure after COVID is no longer in effect. Not only must action be taken today to address current discrepancies, but it must also be taken to address gaps that existed prior to the outbreak of the pandemic.”

The authors used publicly available data sets from 193 nations to examine health and well-being questionnaires conducted during the COVID-19 pandemic between March 2020 and September 2021.

Economic and work-related concerns, education, home and community safety, vaccine reluctance and uptake, and healthcare services were all examined in terms of gender inequality.

Women have been described as having higher rates of unemployment and unpaid work.

Since the beginning of the epidemic, women have experienced higher rates of job loss than men in all regions, however, this tendency has slowed. By September 2021, 26% of women and 20% of men said the pandemic had cost them their jobs.

Globally, 58 percent of respondents said they had lost money, with men and women reporting comparable rates (although gender gaps varied across regions).

“In some countries, economic repercussions have impacted women more than males since women are disproportionately engaged in areas severely damaged by COVID-19, such as the hospitality business or as domestic workers,” explains Dr. Luisa Flor, co-lead author of the study.

“Minority ethnic groups, immigrants, and low-income women are anticipated to be the hardest hit by the epidemic. Furthermore, in many countries, gendered societal conventions assign domestic and childcare responsibilities to women first, limiting their time and capacity to work for a living.”

Women were more likely than males in every region to report giving up paid work to care for others, with the gender difference expanding overtime—in March 2020, the ratio of women to men was 1.8, but by September 2021, it had risen to nearly 2.4.

In all locations except North Africa and the Middle East, women were much more likely to report an increase in unpaid labor such as domestic chores and caring for others during the pandemic.

During the COVID-19 pandemic, 6 percent of students worldwide dropped out, according to respondents, most of whom were parents (not including absence due to school closures during lockdowns).

Women and girls were 1.21 times more likely than boys and men to drop out of school globally, with the biggest gender discrepancies occurring in Central Europe, Eastern Europe, and Central Asia, where four times more women than males dropped out.

Individuals in high-income countries and Sub-Saharan Africa with more than 12 years of education were less likely to indicate that their children had dropped out of school.

Only 50% of online learners said they had sufficient access to online learning technologies. Women and girls were 1.11 times more likely than boys and men to report having good access worldwide.

Respondents who were highly educated and lived in cities were more likely to say that their children had appropriate access to internet learning tools in their homes.

Gender-based violence has been more prevalent in recent years.

During the epidemic, 54 percent of women and 44 percent of men said that gender-based violence had grown in their neighborhood. Women in Latin America and the Caribbean (62%) reported the highest rates, followed by women in high-income nations (60%) and sub-Saharan Africa (60%) respectively (57 percent ).

In descriptive results, both men and women were equally likely to report feeling unsafe at home (34% of both male and female respondents), although there were larger discrepancies at regional levels.

The urgent need for greater evidence and adequate resources to address this crucial health, societal, and humanitarian challenge has always been critical, and it has now become even more so “Dr. Flor is quoted as saying

There was no substantial difference in reported vaccination hesitancy between men and women globally by September 2021, while regional variances did exist, particularly between high- and low-income nations.

Self-reported rates of preventative care interruptions and obstacles to drugs followed a similar pattern. COVID-19 reduced the likelihood of urban-dwelling, older, and well-educated people reporting these health difficulties in both cases.

The indirect effects of COVID-19 differed widely among geographies. Sub-Saharan Africa stands out as the region with the most significant variations in comparison to world totals, implying disproportionate effects.

COVID-19 had the fewest negative effects in high-income countries across all five research categories, with the exception of increased gender-based violence perceptions.

The researchers admit that the study had several flaws. To begin with, publicly available gender-disaggregated data on a variety of health and well-being topics is currently scarce. North Africa and the Middle East, as well as South Asia, had the best geographic coverage, while Southeast Asia, East Asia, and Oceania had the poorest.

The data on COVID-19’s work-related effects and vaccine-related indicators were more readily available, whereas the data on the other categories was scarce. Furthermore, data were collected through self-reported surveys distributed via smartphone applications and online platforms, which excluded those without access to technology.

Most surveys had restricted response options, and many of them conflated gender and sex, so the study could only look at differences between women and males who self-identified as such.

Finally, researchers were unable to investigate the interaction of gender and other factors known to be disproportionately affected by the pandemic, such as race, socioeconomic level, and migration status, due to data scarcity.

Rosemary Morgan of the Johns Hopkins Bloomberg School of Public Health in the United States, as well as colleagues who were not involved in the study, wrote in a linked Comment: “The further we progress in this pandemic, the more we believe that the inequities that have already been exacerbated will only worsen and that any pre-pandemic progress toward gender equality will be reversed.

This information should hopefully remind decision-makers of the importance of acting before it’s too late. However, we all know that data is insufficient without political will.

This will not be the first or last pandemic we will see, so global health communities must work together to build global, regional, and national solidarity and accountability.” 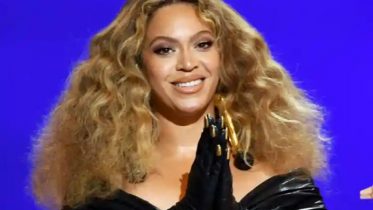 Beyoncé and Billie Eilish are among the performers expected to take the stage at the Oscars in 2022. Beyoncé is coming out of the woodwork…