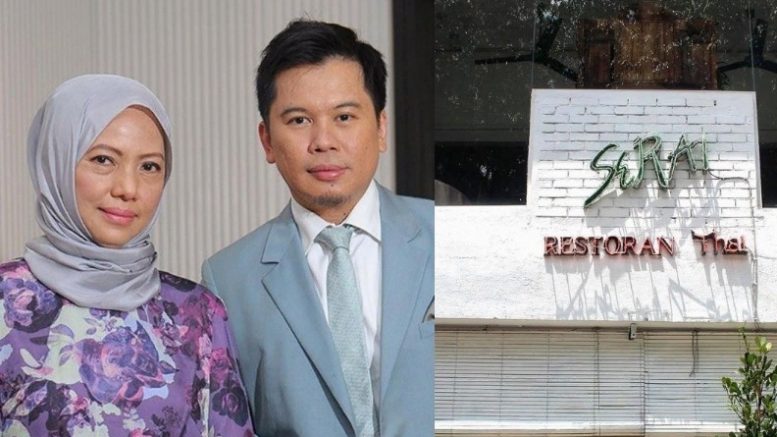 The M’sian F&B company we know today as Serai Group was founded by a mother and her son-in-law.

It’s been said that doing business with relatives may be messy. While this may be true for some, we’ve seen local businesses overcome obstacles and grow into well-known brands.

Serai Group, a Malaysian food and beverage firm, is one such example. Over the course of three decades, one mother and her son-in-law have grown the restaurant business, even launching additional brands under the umbrella of the group.

It’s a question of getting free food

The story begins with Rina Abdullah, the founder of Serai Group and a former Malaysian Airlines air attendant. Because she was married to a hotelier, the couple frequently moved from one state to another.

Rina didn’t realize it was time to settle down until her eldest daughter, Qistina Taff, was ready to start elementary school. As a result, they relocated from Johor to Shah Alam, hoping to settle there permanently.

Rina would begin her entrepreneurial path from there. “Mama, why don’t you create a restaurant?” Qistina said, and it all started with a simple inquiry. In an interview with Top 10 of Malaysia, Rina recalled, “Then we may eat for free.”

The family was a big fan of Thai cuisine and visited Thai restaurants, so it seemed only natural that they would branch out into food and beverage.

Rina took advantage of her leisure time and founded Serai Thai in 1990. Despite the rivalry, everything worked out in their favour, and she claimed that the eatery was well-received by Shah Alam inhabitants.

Qistina, who had returned from Australia with an undergraduate degree in Interior Design, believed it was time to expand the business in 2006. Her husband, Najib Abdul Hamid, supported the transition by joining the family business.

Najib has a lengthy history of rising through the ranks of hotels and restaurants in Australia, where he lived for 11 years.

By 2010, the restaurant business had grown to include the Serai Group. The team purposefully chose the name “Serai,” which means lemongrass in Malay, because the first restaurant was already a well-known local brand.

The first Serai Thai restaurant in Shah Alam has remained open for almost three decades, with seven additional locations throughout the Klang Valley servicing three generations of customers from all walks of life.

The commencement of bigger goals

Jibby & Co was opened at Empire Gallery, Subang, 5 years after Serai Group had become more stable as a business, with a glasshouse concept created by Qistina. The restaurant serves antipodean (Australia and New Zealand) cuisine, including the standard Big Breakfast, poached eggs, and “The Hangover.”

Since then, the company has grown to include other eateries under the Jibby brand, which was Najib’s nickname in Australia.

Jibby East is a Pan Asian and Western restaurant. The restaurant, which is decorated with eye-catching mural artwork and neon lights, is apparently aimed at a younger and more contemporary demographic.

Meanwhile, Jibby Chow produces its own interpretations of Chinese foods, such as a variation on chilli crabs with fried mantou and steamed fish in Bentong soya sauce.

Jibby by the Park is modelled as a greenhouse, with patrons being surrounded by the lush flora of Desa Park City.

“Every new outlet is a source of pride for us.” “Every brand is created from the ground up, from the concept and menu to the design and food presentation,” Qistina told Prestige in an interview.

However, she identified a few obstacles in running an F&B business, including a lack of staff, keeping consistency in their meals, and ensuring that their brand remains relevant to current trends. To overcome these obstacles, the team spends a lot of time visiting numerous shops or inspecting the production line.

The family’s travels abroad inspire dishes and concepts, but Qistina cautioned that simply duplicating a popular concept in another country isn’t enough. “Be familiar with your local market and fill in the gaps.” “What works internationally may not always work locally,” she explained in the interview.

Serai Group is a total family business, with Rina as the creator, her son-in-law as the managing director, Qistina in charge of interior design, and Atiqah, Rina’s third child, in charge of the brand’s social media.

According to accounts, the company also fosters a family-like work atmosphere among its hundreds of employees, with some employees having worked for Serai Group since its inception.

Rina teamed up with her previous employer, Malaysia Airlines, to become a food and beverage partner in a promotion from 2019 to 2020. Enrich members (the airlines’ loyalty program) were able to earn one point for every Ringgit spent in Serai Group restaurants as a result of the partnership.

Serai Group announced its plans to open a restaurant in London in late 2021. “We don’t only want to be the best in the neighbourhood.” “We want to establish our firm on a global scale,” Najib had stated.

There appears to be no evidence of a London-based Serai Group restaurant as of today, implying that it is either still being built or that plans have been postponed or changed.

Nonetheless, with more than 30 years of experience and a strong local presence, the popularity of Serai Group’s restaurants is unlikely to wane very soon.

In fact, the team is rumoured to be partnering with SSP Group and Travel Food Services to open numerous more locations in KLIA.

Even if the worldwide Serai Group restaurants do not go as anticipated, this will be an excellent opportunity for the local F&B empire to thrill the palate of international tourists. 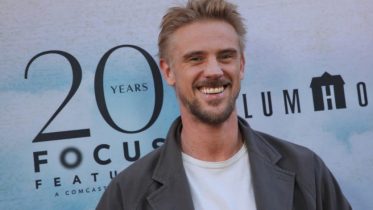 After watching 30 minutes of footage, Boyd Holbrook has nothing but praise for Indiana Jones 5 With the release of the first film in the…

Use of social media and physical health