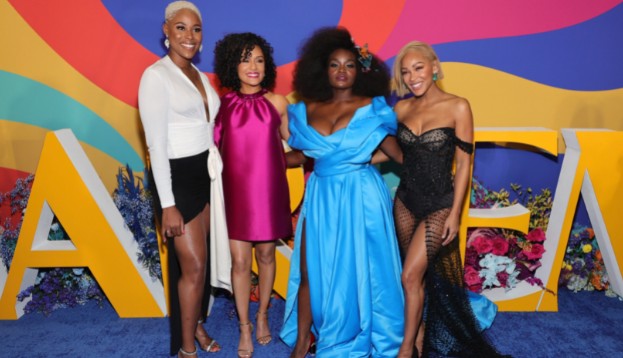 The Romantic Comedy-Drama ‘Harlem’ Has Been Renewed For Season Two By Amazon Studios!

You’re about to be very pleased, roommates, if you were among the millions who screamed and fell in love with the Amazon Prime original series ‘Harlem.’ The romantic comedy-drama series starring Meagan Good has now been officially renewed for a second season, according to Deadline.

‘Harlem,’ which debuted on Amazon Prime’s video streaming service in December, was an instant hit with viewers. On Rotten Tomatoes, it presently has a 95% favorable rating and has received NAACP and GLAAD Award nominations. Meagan Good, Grace Byers, Jerrie Johnson, and Shoniqua Shondai appear in the series, which is set in Harlem’s Black Mecca.

Tracy Oliver, the creator and writer of ‘Harlem,’ expressed her delight at the announcement of the show’s renewal. “I knew we had a smash when I strolled into a Harlem bar and overheard people passionately discussing the show.” ‘Harlem’ has touched so many people, and I’m grateful to Amazon for renewing the series for a second season. Most of all, I’m looking forward to reuniting with the lovely cast.”

The first season of the show ended on a major cliffhanger, and now viewers will get to witness what happens next.

There is no indication on when filming for the second season will begin or when the show will premiere.

Why does Lori Harvey only date when she feels like it?