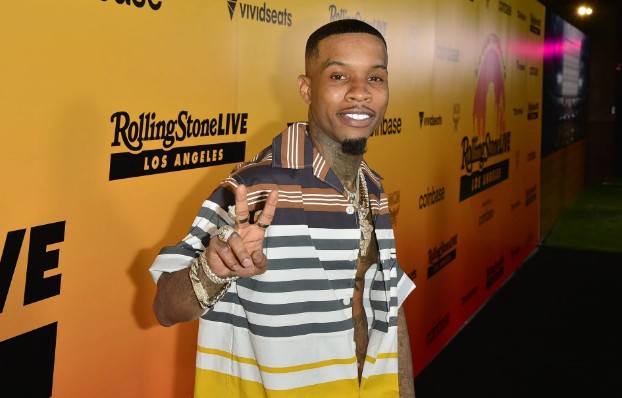 Tory Lanez took to Twitter on Thursday to add to his continuing assault and possession case criticism. He responded instantly to the fake news notice issued by journalist Eileen Reslen.

The journalist cautioned users on the internet about false information concerning the crime scene weapon. Tory has disputed that the charges made by DJ Akademiks are untrue.

“FAKE NEWS ALERT: Any rumors of Tory Lanez’s DNA not being found on the weapon in the Megan Thee Stallion case are FALSE,” Tory commented to the tweet. The pre-trial hearing was just rescheduled for April 5, and the fake news tweet was blasted out before the hearing even began.”

Tory responded with a yawning emoji and the phrase “How they false if I’m staring at them.” He also sent out two more tweets. He mentioned a compelled buddy in the second to final tweet, but he didn’t name the person.

Tory commented, “They lied to someone I believed was my buddy.” “They forced her to dig a hole that will now appear insane to the entire community she enraged.” She is not to blame. Yes, they are. And it’s said because they don’t give a damn what happens to her at the end of the day.”

“Enjoy,” Tory wrote in response to the previous tweet.

However, a flurry of internet debates erupted on Wednesday. Megan retweeted DJ Akademik’s breaking news tweet, which sparked a heated exchange. Meg questioned how he acquired breaking news from the pre-trial when the court wasn’t in session at the time he published the material in her Instagram posts.

Megan and Akademiks, Megan and Tory, and even Akademiks and Tasha K had back-and-forths as a result of this conversation.

Tory even hinted at a previous sexual relationship with Meg and her friend Kelsey after Meg shared a text thread with Tory’s unclear apology. The apology was for a sexual blunder caused by his “excellent d*ck,” according to the artist. Megan, on the other hand, said that Tory knows he apologized because he shot her.

Megan stated on her Instagram Story, “You keep putting out a fake narrative that I and my friend had a falling out over you, and that’s not true.” “Stop avoiding the shooting and just say you shot me!” Because she’s not going to do it, and I’m not going to shoot myself.”

Meanwhile, the District Attorney’s Office of Los Angeles County joined the discourse. The office stated confidence in their case and evidence against Tory Lanez in a statement to Complex.

“Although we are legally prohibited from commenting on the evidence and will continue to do so,” the statement said, “our office has an ethical obligation to only proceed on charges that we believe can be proven beyond a reasonable doubt and that have already been upheld by a judge after presentation of evidence at the preliminary hearing.” “We believe the evidence strongly supports the accusations and claims, and that evidence will be proven in court,” the statement said.

The case’s pre-trial will resume on April 5 for the time being. 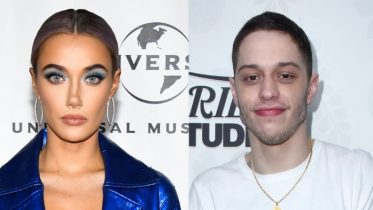 Davidson and O’Brien were once more than just pals, according to Olivia O’Brien. In the BFFs with Dave Portnoy, Josh Richards, and Brianna Chickenfry podcast,…