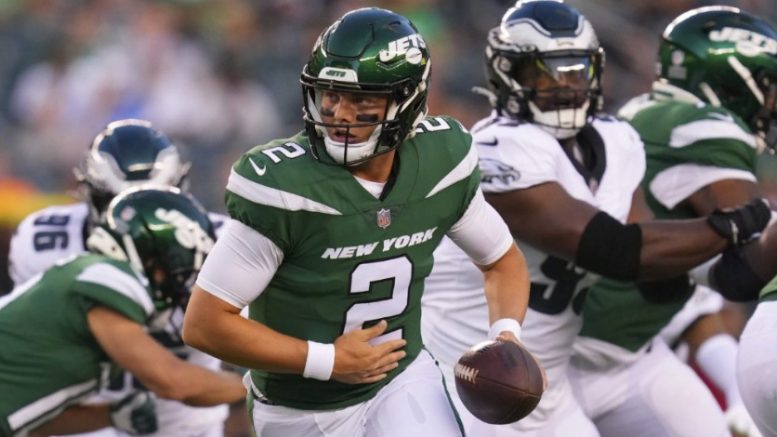 In the New York Jets’ preseason game, Zach Wilson did not sustain a knee injury that would have ended his season.

Fans of the New York Jets must be happy with the good news regarding Zach Wilson’s injured knee, even though he will be out for a while.

The former No. 2 overall pick out of BYU and second-year pro was forced to leave the Jets’ first preseason game against the Philadelphia Eagles early due to a tweaked knee sustained during a scramble to the right.

Some others thought he might have torn his ACL as a result. Despite significant medical advancements, it still marks the end of the season for all professional athletes.

Fortunately, Wilson merely had a bone bruise and a meniscus tear in his knee, according to ESPN’s Adam Schefter’s report on Saturday morning.

Jets’ QB Zach Wilson has a bone bruise and a meniscus tear and is expected to miss 2-4 weeks, as @BrianCoz also reported. Wilson will undergo arthroscopic surgery to address and correct the injury. Jets consider it fortunate news.

His meniscus tear will be surgically repaired, and the length of his recovery period will depend on that. It could last for two weeks or for a full month.

Zach Wilson’s upcoming arthroscopic knee surgery is expected to determine whether he will miss closer to the two or the four weeks, per source. https://t.co/0I6IQxpLGK

Here is the play from Friday night’s exhibition game against Philadelphia, where Wilson injured his knee.

Zach Wilson comes up limping after an awkward cut while scrambling. #Jets pic.twitter.com/YkOYZ5sL6f

How far can the Jets go in order to enter the regular season with the fewest injuries possible?

Here is the Jets’ quarterback depth chart after one preseason game, per OurLads.

There is a good chance Wilson will be ready to start Week 1 against the Baltimore Ravens on Sept. 11, with just two more preseason games remaining and the regular season starting in less than a month.

Prepare for Joe Flacco to continue to be an exceptional player forever and for Mike White Lightning to gain even more ground for Gang Green in the meantime. In last year’s game against the Cincinnati Bengals, he was positively electrifying.

While it is encouraging to know that Wilson’s season did not end before it ever got started, this year is crucial for both him and head coach Robert Saleh, who is in his second season.

The city of New York ought to have improved a little since last year. The Jets will still finish last in the AFC East, but if everything goes right for this long-dead team, they might even try to reach.500.

The excellent job Joe Douglas has done as general manager is one of the reasons why people are somewhat optimistic about the Jets.

He has chosen wisely in recent drafts, and in the NFL’s wage cap era, this is how bad teams turn into excellent teams: Through the draft, you succeed. For Wilson to avoid being replaced in a deep quarterback draft, he must make significant progress in year two. Saleh must also significantly improve.

Although football is a contact sport, New York should be grateful that Wilson is healthy. 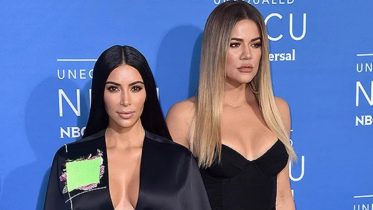