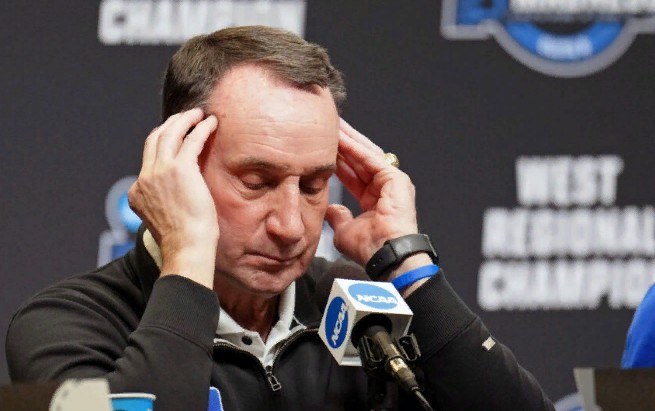 Mike Krzyzewski is a well-known but fiercely private figure in college basketball history. There appears to be a reason behind this.

Mike Krzyzewski is the winningest coach in collegiate basketball history and, aside from John Wooden, the only one to win five national championships. Despite this, he remains an enigmatic figure.

Ian O’Connor, who has already authored biographies of Bill Belichick and Derek Jeter, has turned his attention to Krzyzewski, whose coaching career is coming to an end this season.

A low-income street child, the son of a cleaning lady and an elevator operator, says O’Connor. He wanted to know how Krzyzewski became “perhaps the greatest collegiate basketball coach of all time.”

That question is answered on a technical and literal level throughout Coach K, but it is all too frequently unable to get beyond the surface.

While O’Connor’s new study will be interesting to anyone who is interested in Duke basketball or the growth of collegiate basketball over the last few decades, it doesn’t really show Krzyzewski as a person.

Mike Krzyzewski has been a part of the sports landscape for longer than I have been alive, but he has always maintained a distance from the public eye-successful, certainly, but also purposefully so. A biographer faces an inherent hurdle as a result of this.

Behind the curtain, there is sometimes a fascinating figure, a private individual who wishes not to be seen by the public.

Other times, nothing matters save the accomplishments themselves and a life devoted to nothing but achieving those heights. Otherwise, it looks like this is the case. O’Connor is very good at being a reporter and writing.

O’Connor interviewed nearly 250 people for the book, tracing Krzyzewski’s life from his upbringing in Chicago to his days as a student and young coach to the monolith he has become.

This appears to be the most detailed portrayal of him that college basketball fans will ever see, and it is not one that is flattering.

Krzyzewski is acclaimed for his abilities as a motivator and defensive coach, and he comes across as a uniquely motivated and successful guy, but also a very disagreeable one.

He looks to be easily enraged and resentful of anyone who is not immediately awestruck by his accomplishments.

There are several stories in Coach K about Krzyzewski exploding at people who had the audacity to ask him an indecent question and then refuse to apologize.

Even his well-known strict adherence to NCAA recruitment rules seems to be motivated by a moral superiority complex.

In light of this, Krzyzewski’s evolving relationship with Bobby Knight is possibly the most interesting thread running through the book.

Knight goes from being a coach to being a supervisor to a mentor to a buddy to an estranged figure resentful of his former player’s success.

What’s remarkable about this is Krzyzewski’s ambition to break out of Knight’s shadow and establish himself as a figure unto himself.

And while he is, it is interesting to note that, despite his complaints, they are actually a lot more comparable than Krzyzewski would have us believe. Their distinctions are more of a matter of scale than a difference in type.

The Duke teams of the early 1990s, which included Christian Laettner and Bobby Hurley, were despised not only for their achievements, but also for the manner in which they played and the regressive forces they represented.

Those teams, as well as their head coach, became cultural icons, symbolizing a type of power and luxury that many people despise.

This is an aspect of Krzyzewski’s tale that is crucial to understanding his place in the public imagination, but it is one that O’Connor does not address.

There is a distinction between being an interesting person and living an interesting life. Due to his success and position at the center of the collegiate basketball landscape for the previous four decades, Krzyzewski is an intrinsically fascinating character.

Coach K suffers as a result because he isn’t a particularly interesting figure outside of that environment. It’s not that a better, more interesting biography of Krzyzewski is out there waiting to be written; rather, his nature appears to resist such treatment.

The book reads more like a history of Duke basketball during the Krzyzewski years than a formal biography of Krzyzewski. Throughout the 300 pages of the book, he is the only constant, but he remains elusive.

We discover how others feel about Krzyzewski, what he did on crucial occasions, and how he evolved over time. However, I never felt like I knew Krzyzewski rather than learning facts about him while reading this book.

It’s a small distinction, but it’s often the difference between a good history and a brilliant biography. Coach K, on the other hand, is the former, not the latter. 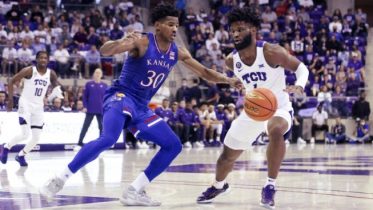 Villanova surpasses Providence in projected college basketball standings after Kansas is stunned by TCU. Kansas headed on the road to face TCU, who appeared to…