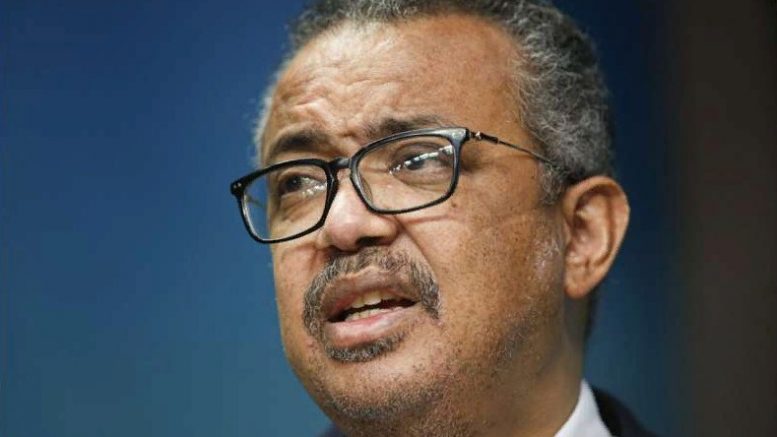 The leader of the World Health Organization blasted the U.S. Supreme Court’s decision to overturn Roe v. Wade on Wednesday, calling it “a setback” that would ultimately result in lives being lost.

WHO Director-General Tedros Adhanom Ghebreyesus said at a press conference that decades of scientific research show that having access to safe, legal abortions saves lives.

“The evidence is beyond dispute,” Tedros declared. Limiting access to abortion pushes women and girls toward risky procedures that can end in complications or even death.

He said that safe abortion should be seen as a form of health care, and he warned that restricting access to it would hurt women from the poorest and most marginalized areas the most.

Tedros stated, “We hadn’t really expected this from the U.S.” and he expressed worry that the Supreme Court’s ruling was a step “backwards.”

Recently, the U.S. has helped fund a number of programs in underdeveloped countries to improve maternal health care, including access to reproductive health care.

Tedros stated, “We had really hoped that the U.S. would take the lead on this subject.”

The head scientist for the WHO, Dr. Soumya Swaminathan, said that the WHO’s view on abortion was backed by evidence from different countries that went back decades.

According to Swaminathan, who works in India, “I know from direct experience that having access to a safe abortion is a life-saving strategy.” She argued that it would be “like denying someone life-saving medication” to deny a woman access to an abortion.

She claimed that while people who have unsafe abortions run the risk of getting fatal blood infections, banning abortion will do little to diminish the number of procedures.

According to Swaminathan, “What these restrictions do is they put women in the hands of people who are there to take advantage of the circumstance, performing unsafe abortions and frequently resulting in a significant degree of health harm and occasionally death.”

Even in areas where there is vehement opposition, like Latin America, the trend in recent years has been to broaden access to abortion, she added.

Tedros, the head of the WHO, said he was worried that many other countries would not understand what the U.S. Supreme Court’s decision meant and might put similar restrictions on abortions.

The influence on the entire world is also a worry, he added. “This is about a mother’s life,” he declared. “Women will undoubtedly turn to dangerous methods of abortion if safe ones are prohibited.” This implies that it might result in their deaths. “

According to the Forest Service, it was the cause of New Mexico’s largest wildfire