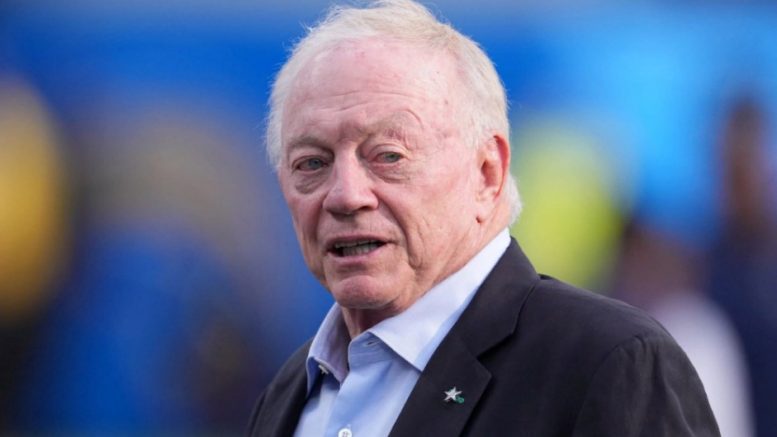 After the Cowboys’ Week 1 loss to the Buccaneers, Jerry Jones threw the coaching staff under the bus

Jerry Jones, the owner of the Dallas Cowboys, was furious following the team’s humiliating season-opening loss to the Buccaneers.

If Tom Brady decides to leave the NFL at the end of the season, he will have begun his last season by completely destabilizing one of its most illustrious teams in less than an hour.

Dallas supporters like to think that God can watch over his preferred team through a hole in the Cowboys’ stadium’s roof.

Thank god the Tampa Bay Buccaneers game on Sunday night was played in the evening because hopefully it was too dark for God to see what happened.

In fact, there is a strong case that God was absent in Dallas on Sunday night because the Cowboys could have used some faith based on the events that took place both on and off the field at AT&T Stadium.

Dallas’ season-opening 19-3 defeat to Tom Brady and the Buccaneers was just the beginning of the problems the team now faces.

The offense managed just three points, the team committed stupid errors and penalties once more, Dak Prescott had to leave the game early due to a hand injury, and enraged spectators threw trash at him as he exited the field.

Even after all of that, the evening somehow continued to worsen.

Jerry Jones usually watches Cowboys games all the way to the end, but he left this one early after getting his fill of the action. He was observed entering the team tunnel in the stadium with a gait that unmistakably indicated something major was about to happen.

It certainly did, too.

Following that agitated quick stroll, Jerry continued to vent his anger on the entire crew and air as much laundry as he could.

According to him, Dak Prescott needs surgery to repair an injury to the joint behind his thumb, and he would be sidelined for a number of weeks.

He didn’t provide a particular date, but he also didn’t share this information with the team before sharing it with the media.

We just informed CeeDee Lamb of Dak’s injury and impending surgery. Genuinely shocked. Team didn’t know yet. Of moving forward without him “we just got to be better” #cowboys

Yup. There is more, so don’t worry.

Jerry made a seamless transition from dropping the bomb about Dak’s injury to putting his coaching staff beneath the bus’s 18 wheels.

Jones reiterated his dissatisfaction with the outcome of Sunday night when asked about his confidence in the coaching staff to navigate the future.

According to Jones, “it’s quite obvious for me to understand that we have a lot of places to work on and a lot of areas to improve on.” “It was really depressing before Dak’s injury, and depressing afterwards.”

Before making that remark, Jones criticized everyone in the locker room for how perplexing it was to watch the Cowboys operate the way they did on prime-time television to begin the season.

When questioned about the team’s performance, Jones responded, “We’re dealing with a massive minus. “Of course, this is just the beginning, but what a difficult and depressing way to begin.

Nobody in that locker room expects or anticipated us to perform as well as we did tonight. That will undoubtedly be handled and improved.

Is this Jerry’s harshest treatment of his coaches yet? No, but let’s add up the points to completely emphasize how petty his remarks were.

Jerry told the media about the health of his franchise quarterback before the coaching staff essentially sent them to the firing squad to answer questions he knew damn well they wouldn’t be able to answer or seem competent fielding after he watched his team lose the ability to play football on national television.

huge oof Evil to the max, but enormous oof.

The Cowboys’ season is off to maybe the worst start supporters could have imagined, and it doesn’t seem to be going better anytime soon. Things on the field couldn’t have gone much worse than they did on Sunday night.

The Steelers and Patriots are attempting to get by without quarterbacks…