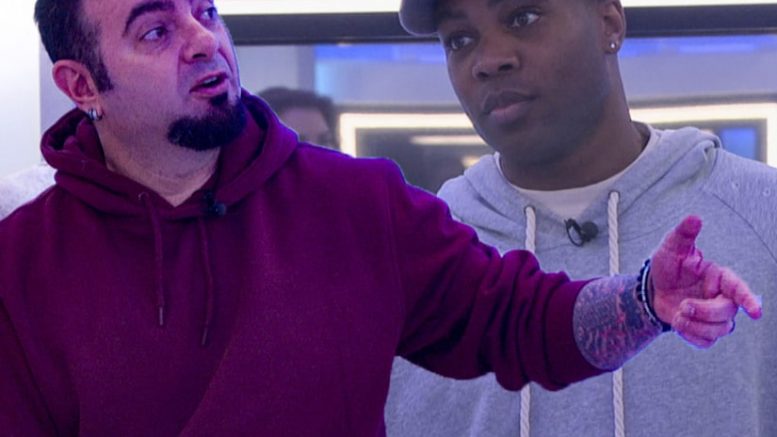 The Final 5 reflect on the season and share some of their personal stories, including Chris Kirkpatrick’s discovery of Justin Timberlake for *NSYNC and Lamar Odom’s reaction to Kobe Bryant’s death.

The remaining Houseguests gathered over some bubbly and hors d’oeuvres to reflect on the season that had gone, as they did every year on the Saturday before the big season finale of “Celebrity Big Brother.” But it seemed like “BB” was taking care of some important business this time.

One of the most common criticisms of Todrick Hall’s “Big Brother” game is how cruel and personal it has become. As the eventual jurors watch the episodes at home and even criticize Todrick’s game in media interviews, it appears increasingly likely that this will be a part of his story on Wednesday’s broadcast.

Todrick seemed to have no idea what’s headed his way, and most home viewers weren’t going to be prepared to understand it either, thanks to the producers’ decision to keep a lot of the worst of his actions off the air.

Todrick Gets Down On His Knees

We got to see one of the most egregious examples of not only his cruelty but also his hypocrisy tonight. Except for his Final 2 with Miesha Tate, we’re talking about a man who has lied, manipulated, and betrayed every single alliance he’s ever been a part of.

He’s already preparing to violate his Final 4 arrangement with Todd Bridges and Lamar Odom, as we saw on Friday’s broadcast since he sees Todd as a serious threat. To be honest, Miesha is right there with him, but she hasn’t been nearly as naughty as he has, and she isn’t going to face the same consequences.

So we were treated — that’s probably not the best word — to a very nasty discussion between Todrick and Chris Kirkpatrick from earlier in the season, following Chris Ki’s choice to abandon Todrick and Miesha Tate. He’d heard Todrick was thinking about turning on him, which was also accurate.

Todrick, on the other hand, regarded it as a personal attack, denying that he’d ever considered targeting Chris Ki and interpreting it as a comment against Chris Ki’s character. Chris Ki tried to explain that the game is different from his personal life, but Todrick had none of it.

Instead, he told Chris Ki that he hoped he would never see him again and that his son would be embarrassed by him for betraying individuals who had been faithful to him. Chris Ki was completely consumed by this till he exited the House and realized what kind of game Todrick had been playing.

The story has revolved around jury selection the entire season. And, as it becomes increasingly possible that Todrick and Miesha will be in the Final 2, Todrick will be in serious trouble when the jury gets a chance to examine how he played this game.

It’s amazing how nasty he can be to people and how personal he can get with them, and then how he flips around and plays the victim whenever someone says something to or about him while he’s doing the same strategic maneuvering.

Is he like this in real life, or is it a House ploy to mislead and confuse? Could he truly be that oblivious to how much he’s projecting (and presenting) in the game?

If Todrick’s hostility has been an unwelcome surprise — one that Live Feed watchers have had to bear — Lamar has been a delight of a different kind. Lamar, perhaps more than anybody else who has come through that front door, has no idea what “Big Brother” is all about.

We’ve teased him about it for weeks, but today we took a step back and looked at some of the questions he’s had about how the game is played, whether Chris Ki might fight for HOH after he’s ousted, and more.

He launched into a tirade against the idea of “losers” returning to select who would win the whole thing. While most of these celebs have no real comprehension of how the game works, they do have a general idea of what’s going on.

Lamar may have summed it up best when he offered a two-word question in the middle of a debate about how the game works and why finalists would bother to put on makeup and dress well on Eviction Night.

“Can you tell me who Julie is?”

There were a few other amusing moments sprinkled throughout the hour, the most entertaining of which was Carson Kressley. Even the Houseguests were disappointed that they had missed his incredible Diary Room session. We even got a montage of some of his goofier moments to add insult to injury.

He got up on Todrick’s shoulders and put on Lamar’s “long robe” to march around the house as the NBA champion at another time. Lamar’s proclivity for consuming big amounts of milk, despite the fact that his body is clearly incapable of digesting it, is his focus for this impression!

Shanna Moakler’s love of a crystal for foretelling the future and her Playboy Mansion truck for levitating someone were also on display, while Chris Ki discussed what it was like to assist Justin Timberlake to discover himself when he established *NSYNC.

We haven’t even discussed Lamar’s attempt to persuade Todd that the pyramids and the Sphinx are convincing proof of alien presence.

While there were many chuckles, there were also some more serious moments, such as Miesha and Chris Ki discussing times in their lives when they were homeless and had to live in a car.

The House also got into a conversation regarding Kobe Bryant’s terrible death, which Lamar had known since he was 15 years old. When they were playing together, he remarked about how inspirational Kobe was.

Lamar stated he didn’t realize how much he admired and looked up to his colleague until he was gone till he was gone.

Todrick, who was at a club in England at the time, described how Kobe’s death had such a global impact that they had to turn off the club to put up the broadcast of what had happened. It shows how significant his death was that it had an influence on a dance club in another country.

Predictions for the Houseguests

Due to the lack of a genuine game tonight, we’ll omit our customary report card and instead make a prediction for who we think will win the entire game and why, as well as what hurdles they might face in the remaining game or with the jury.

At this point, Miesha Tate (35) is our favorite to win the game. It appears that she and Todrick will achieve their season-long goal of reaching the Final 2, but they did so in an exceedingly aggressive, deceptive, and unpleasant manner.

The MMA fighter, on the other hand, was far more direct in her attacks. We believe that in a match-up between her and Todrick, and enraged (at Todrick) Jury will choose her. If she’s up against anyone else, she’ll outplay them all. Todd is the only one who might have a case because he was the one who first started doing stuff in the game.

Todd Bridges (56), our second-most likely winner, is our third-most likely player. Todd is suddenly showing up in competitions, which means that even though he’ll almost certainly face the Block this time because Todrick or Miesha will most likely be HOH, he has the ability to win the Veto and keep himself safe.

He has the ability to win enough competitions to reach the finals and become a thorn in Miesha and Todrick’s sides. Though it’s a long shot, we could see him defeating either of them if he can pull it off, as he played a lot cleaner and overall smoother game. Based on her overall season domination, Miesha may still be able to get him.

With the nastier side of his nature coming out, Todrick Hall (36) has been sinking his own ship. He’s made a series of bold and brilliant strategic maneuvers that have kept him and Miesha in command of the game. He’s pulled off some impressive stunts, such as his hail Mary to turn Carson and Cynthia against Shanna.

However, he’s been condescending, arrogant, and downright unpleasant to practically everyone along the road, and we don’t see this jury awarding superb gameplay over fundamental human decency. However, it has happened before, so you can’t fully rule him out. He might have a chance if he can also defend himself well.

This game has nearly an equal chance of being won by Lamar Odom (42) and Cynthia Bailey (54). The adage “Expect the Unexpected” is very much true. If Miesha and/or Todrick decide to betray one final alliance, they may opt to go after each other. They could then decide to drag Lamar and Cynthia all the way to the finale because they believe they’ll be simple to beat.

To be honest, we’re not sure that technique would work, because this jury is going to be really unexpected (they’re already bitter). Todd would definitely beat both of them if he brought one of them because they didn’t do much throughout the game, relying on other alliances and better players. 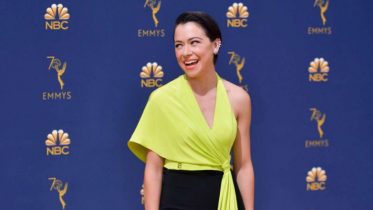 Tatiana Maslany explains why She-Hulk doesn’t struggle with anger like Hulk did in the beginning The latest upcoming Marvel series, She-Hulk: Attorney at Law, will…