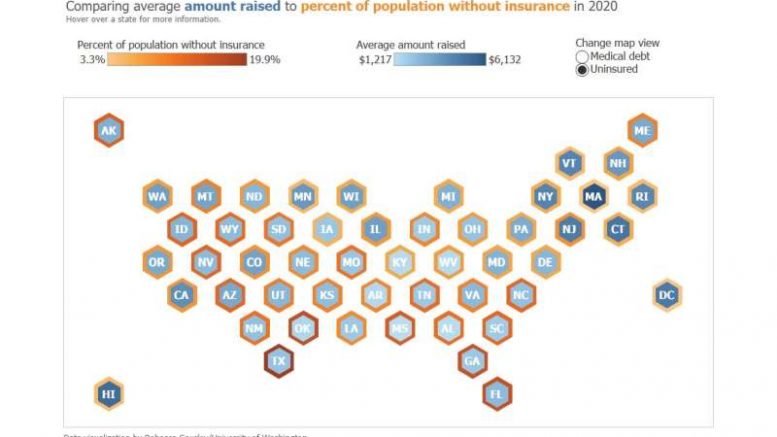 Crowdfunding offers little assistance to the uninsured in paying for health care and exacerbates inequality.

Crowdfunding is sometimes promoted as a “safety net” for people who are unable to pay their medical expenditures.

However, according to new research from the University of Washington, which is thought to be one of the first large-scale assessments of medical crowdfunding in the United States, people in states with higher medical debt and lower insurance coverage are more likely to try to raise money but are less likely to succeed.

Researchers point out that this so-called safety net isn’t much of one at all.

“We tend to think of crowdfunding as something that can help anyone in a pinch,” said Nora Kenworthy, associate professor of nursing and health studies at UW Bothell. “However, this data really indicates that where people need the most help paying for health care, crowdfunding provides the least help.”

The study, which was published in the American Journal of Public Health on Feb. 3, investigated crowdfunding use and outcomes at the county and state levels using data from over 437,000 GoFundMe projects over a five-year period.

Kenworthy and UW co-author Mark Igra, a graduate student in sociology, used Census data and other information to determine how many campaigns were formed and how much money was raised in locations with different income levels, medical debt, and health insurance coverage.

The University of Washington researchers looked into many aspects of crowdfunding, such as who uses it, where they live, and how effective their campaigns are.

Last year, Igra and Kenworthy looked at crowdfunding during the first few months of the COVID-19 pandemic and discovered that campaigns in wealthier and more educated communities were more successful, a trend they attributed not only to financial resources but also to potentially wider—and wealthier—social networks.

Igra and Kenworthy also discovered that 90 percent of initiatives failed to accomplish their objectives, regardless of location.

The researchers wanted to look into medical crowdfunding and see if it can aid people who are struggling to pay for health care in the United States.

More than one-third of campaigns on GoFundMe, which controls the majority of the crowdfunding industry in the United States, is dedicated to health care. According to GoFundMe, more than 250,000 medical fundraising campaigns are launched each year, raising more than $650 million.

From 2016 to 2020, the University of Washington study compiled one of the largest publicly available datasets of GoFundMe campaigns, demonstrating that while more campaigns were started in low-income and under-insured communities, campaigns in more affluent communities with higher rates of insurance coverage raised significantly more money. Among the results:

The 437,596 campaigns in GoFundMe’s “medical, disease, and healing” category raised more than $2 billion during that five-year period, with the median campaign garnering just under $2,000.
During that time, 16 percent of campaigns raised no money, and just around a quarter of those did meet their target.
The median number of donations and returns has been declining over time, reaching its lowest point in 2020.
In 2020, just under 18% of campaigns were launched in locations with the highest household income category (between $73,000 and $130,000), yet they raised more than a quarter of all funds raised.
In the same year, 20% of campaigns ($19,000 to $47,000) were launched in the lowest income category, accounting for 12% of total earnings. This is less than half of the high-income bracket’s earnings.
Similarly, states with higher percentages of persons with medical debt and no insurance saw more advertising. Those campaigns raised less money than other states’ campaigns.

Mississippi, for example, has the greatest number of people with medical debt and one of the highest rates of uninsured people in the country, but its crowdfunding efforts raised the least money of any of the 50 states.

Researchers found one number that struck out when looking at data from 2020, the most recent full-year available: 33.8 percent of campaigns were unfunded.

Because the percentage differed so considerably from previous years, when it ranged from zero to four percent, researchers assume the epidemic was not the sole culprit.

Instead, it appears that more successful campaigns spend more time on the website, therefore past years’ data may over-represent successful campaigns. Unfunded initiatives also appear to be withdrawn from the site after a year, either by the campaign authors or by the website moderators, according to the researchers.

“Because the campaigns people see on social media are virtually always the small subset that gets shared widely,” Igra explained, “the public may have the idea that crowdfunding is more likely to be successful than it is.”

According to the researchers, greater transparency from all crowdfunding companies would allow for more research and policymaking to help address the very needs that crowdsourcing professes to address.

While thousands of people use crowdsourcing to pay for medical expenditures, the findings of the study suggest a more equitable and complete solution: increased health insurance coverage and social assistance programs.

“Using market-based solutions only serves to exacerbate already significant health disparities. This study emphasizes the necessity for greater safety net measures that support everyone who needs it “Kenworthy remarked. 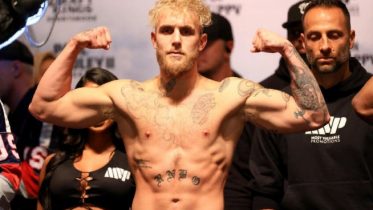 Jake Paul is back in the news after promising to KO Conor McGregor in his debut MMA fight. Jake Paul has been in the news…

Having been pronounced legally dead, Anne Heche is currently…