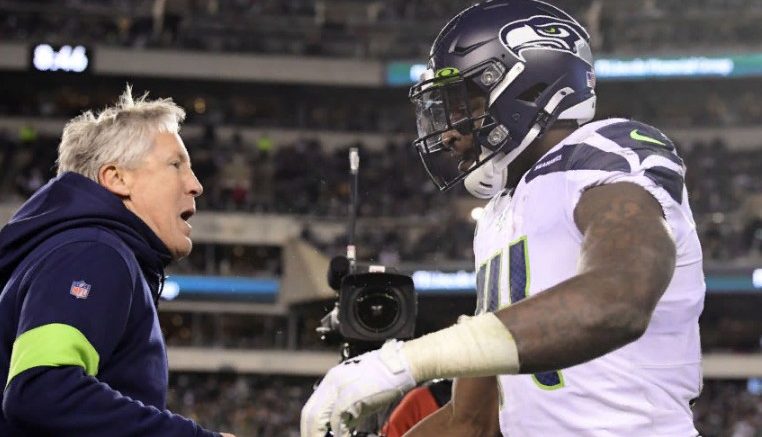 The Seattle Seahawks’ Pete Carroll may have intimated that DK Metcalf would be dealt with shortly.

Pete Carroll, the head coach of the Seattle Seahawks, used the same wording to describe wide receiver DK Metcalf as he did his former starting quarterback, Russell Wilson, albeit he didn’t say so explicitly.

Carroll stated that Seattle “intends” to have Metcalf on the team in 2022. When contemplating Wilson’s future with the team at the NFL Scouting Combine a few weeks back, he used the same language.

Soon later, Wilson was dealt to the Denver Broncos in a blockbuster deal. Although Seattle is rebuilding, keep in mind that Metcalf is in the final year of his rookie contract.

Trading for a proven player like Metcalf in a contract year may not be the worst thing in the world for a contending team, especially with the wide receiver market drying up in NFL free agency.

#Seahawks HC Pete Carroll said the team “intends” for DK Metcalf to be with them next season.

Carroll used the same word to describe Russell Wilson’s future at the Combine.

Metcalf is entering the final year of his contract and the WR market has 🚀🚀 in the last couple weeks.

Carroll would go on to state that he “can’t imagine being without D.K. Metcalf” on the team, as well as implying that “an extension is in the future at some point.”

Pete Carroll: I can’t imagine not having D.K. Metcalf. An extension is in the future at some point.

On Geno Smith: We have high hopes for him. He knows our system. He sat almost 4 yrs. Took a couple games to get his feet under him. I think he has a competitive opportunity.

Which one is it, then?

What this boils down to is what kind of offer another NFL team would be willing to make in exchange for Metcalf. If a trade is on the cards, one would expect it to happen before the 2022 NFL Draft.

Metcalf is definitely worth a late first-round pick or at the very least an early second-round pick because he is in a contract year and still at the peak of his career.

If Seattle were to trade him to an AFC team, it would likely require a top-40 pick and possibly a sweetener.

If an NFC team wants Metcalf, it will have to make at least two draft picks. Remember, Metcalf has only ever played in the NFL with Wilson as his main quarterback. Despite his incredible athleticism, he appears to have a narrow route tree.

Finally, Metcalf could be a product of the man who threw the pigskin at him. The Seahawks’ brass should pay attention if a team in desperate need of a No. 1 wide receiver and a proven starting quarterback calls Carroll and general manager John Schneider.

Even in the poor NFC, Seattle is not anticipated to do much this year, despite their best efforts to field a competitive roster.

It’s possible that Carroll would like to keep Metcalf on the team in the future. If the team gets a Godfather offer, he’ll be gone. 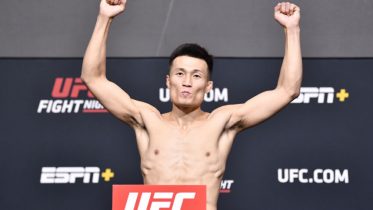 The results of the weigh-in for UFC 273: Alexander Volkanovski vs. Korean Zombie are listed below. A number of high-profile combat sports tournaments take place…