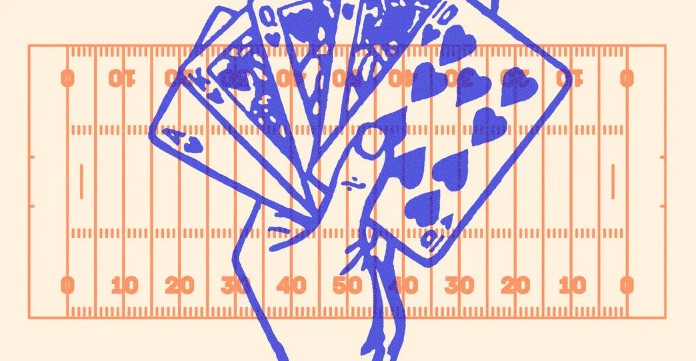 The National Football League will officially allow gambling for the first time in Super Bowl LVI on Feb. 13. DraftKings, FanDuel, and Caesars Entertainment have been appointed as the league’s official sports betting partners.

Four more have been identified as permitted sportsbook operators: PointsBet, WynnBET, BetMGM, and FOX Bet. It’s a significant shift for a league that previously actively banned wagering on games.

If you believe that betting on football — or anything else — is just good, clean fun, then this boom of betting options appears to progress. For the Super Bowl, sportsbooks are offering odds on almost 4,000 “proposition” bets, including whether the national anthem singer will miss any words and how many ads will include people wearing masks. Pass the potato chips and make a new wager!

Gambling, on the other hand, can be a nightmare for certain people. Steve, apparently a pen name, was an alcoholic who sought treatment, became sober, rebuilt his relationship with his family, assisted one daughter with her college applications, and coached his other daughter’s softball team in Pennsylvania. Then he began gambling, and his entire world came crashing down around him.

According to Mary Carr, a drug and alcohol treatment supervisor who testified before the Pennsylvania State Senate Committee on Community, Economic, and Recreational Development in 2011, “he has maxed out all of his credit cards.” “No, Steve hasn’t started drinking or doing drugs yet.” He’s gambling, uncontrollably gambling, and it’s at our local casino. He is humiliated, ashamed, and powerless.”

Addicts who bet more than they can afford can endanger themselves and their families. This can lead to bankruptcy, embezzlement, family violence, and suicide in extreme cases.

People who fit only one or two of the American Psychiatric Association’s criteria for gambling addiction, such as being “restless or irritable when attempting to cut down or stop gambling” and a need to “gamble with increasing amounts of money in order to achieve the desired excitement,” are more likely to gamble more than is healthy.

The question that society hasn’t addressed is whether the nice, clean fun that some individuals get from betting surpasses the harm that gambling addicts and the far larger group of problem gamblers experience, and if the bad outweighs the good, what should be done about it.

Every year, the question gets more pressing. The National Football League isn’t the only organization that has aligned itself with gambling interests. Since the Supreme Court overturned a 1992 law that effectively outlawed commercial sports betting in most states, internet sports betting has spread to 25 states and the District of Columbia in one form or another. The “handle” – the total amount wagered — has been rapidly increasing in this graph.

Although online sports betting does not entail as much money as state-run lotteries and online and brick-and-mortar casinos, it does come with its own set of risks. One is its pervasiveness, as evidenced by its appearance at the Super Bowl.

Minors and young adults are very impressionable, as tobacco marketers have known for decades. According to Keith Whyte, executive director of the National Council on Problem Gambling, young males who watch a lot of sports on television are especially vulnerable to being hooked to gambling through online sports betting. And, he says, internet sports betting can lead to casino gaming, which is more profitable for the house.

The technique of manipulation has become second nature to casino technologists and designers (something we also see in grocery store layouts). Most of us are aware of the strategies used by casinos to get customers to place larger bets.

There are no windows, no clocks, and a confusing floor plan that keeps people inside, sitting, and playing. Slot machines feature enticing sounds and colors, and some payout amounts that aren’t even as much as the stake yet nonetheless activate the “I won” part of the brain.

Wagering applications, whether for sports or casino bets, employ all of these techniques as well as a new set of techniques designed to keep individuals engaged with social media on their phones by appealing to our drive for rapid gratification.

In a 2017 TED Talk, Tristan Harris, a former Google design ethicist, stated that there is a “race to the bottom of the brain stem.”

Mobile app developers, according to Liraz Margalit, a digital psychologist in Tel Aviv, tone down the colors and sounds for first-time gamblers to avoid scaring them away. She claims that app programmers have used studies done to aid persons with attention deficit hyperactivity disorder to gamblers.

Casinos, both physical and virtual, strive to produce a condition of “attenuated mind” or “dissociation” by removing transactional frictions, according to a 2018 article in Gaming Law Review.

The “bet again” feature maintains a player’s prior wager size and payline selections, while electronic money transfer allows them to continue playing after their initial stake has been exhausted.

Anything that can be done to jolt folks out of their stupor is a good thing. “The imposition of smoking prohibitions, which compelled gamblers to take a break and leave the gambling venue to smoke, was one of the most effective policy improvements in terms of reducing gambling expenditure,” the authors said.

I examined transcripts of recent conference calls in which gambling executives discussed their plans with Wall Street analysts. As you might expect, finding strategies to limit gambling was not high on their priority list.

Instead, the focus was on the expensive incentives that firms are offering to entice new players and persuade them to stay. The terms of art are TOD and LTV, which stand for time on device and lifetime value, respectively.

Here are two points to consider:

“This is a product that lends itself to a little bit of egging and elbowing and ribbing and talking trash with your friends or others in your network,” says Jason K. Park, DraftKings’ chief financial officer. And having all of that integrated into your favorite app, I believe, would not only enhance retention but also increase levels of play in terms of revenue, new sport launch, and so on.”

“When you’re betting on things like sports and casino, you want to be able to access the app and do a very quick facial ID,” says Richard Schwartz, CEO of Rush Street Interactive. Get in there, play, and make sure it’s conveniently accessible on your phone.” “There are a few markets where we have some friction that we’re quite eager to get rid of,” he continued.

Of course, none of this is illegal, but gambling executives’ natural desire to get new clients and increase their spending takes on a new hue when you consider that some consumers have a hard time saying no and maybe gambling with money they can’t afford to lose.

Gambling isn’t the only thing that may be addicting. Pornography, consumerism, and social media, such as Facebook, all have toxic online relationships. Game Quitters is a website that includes articles like “How to Stop Playing Candy Crush for Good.”

“I sometimes wonder whether we haven’t over-fascinated ourselves with gambling, given that there is no shortage of methods for people to part with money for experiences,” says Chris Grove, who founded the Eilers & Krejcik consultancy in Irvine, Calif., and is still a consultant to the firm.

That is correct. Gambling, on the other hand, is particularly harmful. The fifth version of the Diagnostic and Statistical Manual of Mental Disorders, published in 2013, recognizes it as the only non-substance-related addiction.

Right now, neither Democrats nor Republicans appear to want to regulate casinos. “The left wants the government out of people’s private lives,” wrote The Atlantic in November. The right wants the government to stay out of their money.” Someday, we may realize that we made a major blunder.

Be the first to comment on "Super Bowl betting isn’t good, clean fun for gambling addicts" 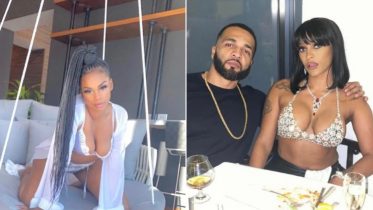 In the aftermath of her recent altercation with Joseline Hernandez and Balistic, Amber Ali’s legal team issues a statement. Things have gotten fairly heated around…