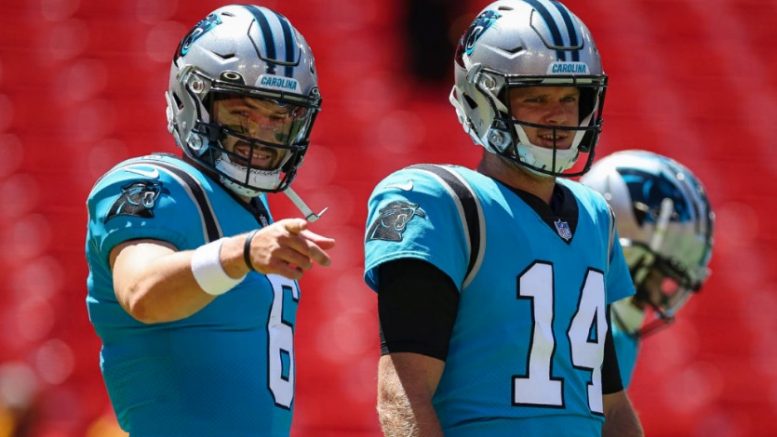 The Carolina Panthers will start a surprise in place of Baker Mayfield or Sam Darnold when they play their second preseason game.

All summer long, the Carolina Panthers have engaged in a pointless guessing game about who will start as quarterback.

They’re not finished yet.Although reports claim that the recently acquired Baker Mayfield will be the starter — he will be, this has been obvious since the deal took place — head coach Matt Rhule has yet to make a formal declaration.

The Panthers then made the shocking announcement that neither Mayfield nor Sam Darnold, the starter from the previous season, would face the New England Patriots on Friday night. P.J. Walker, a carryover from 2021, will fill in the balance of the time with third-round rookie pick Matt Corral.

P.J. Walker is expected to start at quarterback for the Panthers in their second preseason game vs. the Patriots, per sources. Baker Mayfield and Sam Darnold are still in a QB battle for the 1 spot and Panthers playing mostly 2s and 3s tonight. So, neither gets the start.

You are not the only one who is questioning why the Panthers are acting in this way. It’s not like Darnold or Mayfield couldn’t use the work overall or even the work with their new teammates.

Even so, Rhule is unmistakably of the opinion that Walker and Corral, who are vying for the third and fourth slots on the depth chart, benefit more from the reps.

Whatever the case, Carolina has until September 11 to formally announce their starter before facing the Cleveland Browns. The former No. 1 overall pick facing his first team in his first game for the Panthers might make that one of the all-time revenge games, assuming it’s Mayfield.

Baker Mayfield is the Seahawks’ “best choice,” according to an NFL executive…