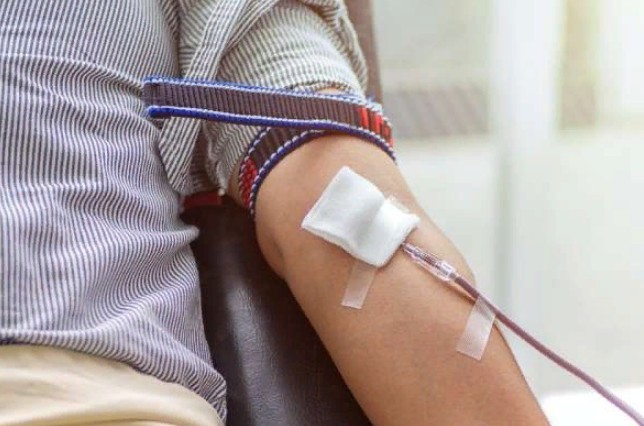 “Per-and poly-fluorinated alkyl substances” is what PFAS stands for. Because these molecules, which are made up of carbon and fluorine atom chains, do not degrade in our bodies, they are dubbed “forever chemicals.”

Because PFAS have been widely used, are persistent in the environment, and accumulate in our bodies over time, there is widespread concern about them.

Until now, there was no technique to minimize the amount of PFAS in the body.

What is the problem with PFAS chemicals?

The science of what amounts of PFAS exposure are safe, if any, is still a work in progress.

Some firefighting foams have been used in the past at fire stations, fire training bases, airports, and military and industrial facilities, resulting in widespread environmental contamination across Australia, Europe, and the United States.

PFAS exposure has been linked to negative health effects, according to major environmental and health agencies such as the US Agency for Toxic Substances and Disease Registry, the US Environmental Protection Agency, and the Australian Department of Health.

However, new research from Macquarie University and Fire Rescue Victoria has discovered that if a person donates blood or plasma on a regular basis, the concentration of PFAS in their blood can be reduced.

How can we reduce the amount of PFAS in our bodies?

The goal of the study was to see if removing plasma or blood from the body was an effective way to lower PFAS levels in the blood. Fire Rescue Victoria funded and supported the research to find a way to eliminate PFAS from firefighters’ bodies.

The trial was made up of 285 Fire Rescue Victoria employees and contractors who had high levels of PFOS, a type of PFAS found in firefighting foams.

They were assigned to donate plasma every six weeks, whole blood every 12 weeks, or no donations (control group) for a period of 12 months.

Four times, their PFAS levels were checked: when they were chosen for the study, at the start of the study, after 12 months of following their treatment plan, and three months later to see if the results had held.

Both blood and plasma donations led to lower levels of PFAS chemicals than the control group, which stayed the same three months later.

Plasma donation was the most effective over the course of the 12-month trial, resulting in a 30% reduction in average blood serum PFAS concentrations.

What is the benefit of donating blood or plasma?

PFAS levels may be lower because PFAS are bound to proteins found mostly in the serum, while many other organic pollutants are bound to fats.

Furthermore, each plasma donation can be up to 800 mL, compared to 470 mL for whole blood.

People who donate plasma might be better at getting rid of PFAS chemicals in their bodies because plasma concentrations are two times higher than blood concentrations.

Plasma donation, on the other hand, is more complicated and can be more unpleasant than blood donation. Indeed, the plasma group had a lower rate of adherence to the study protocol than the other groups.

The 285 firefighters took more than 1,000 blood tests and donated hundreds of units of blood and plasma as part of the randomized clinical trial, which is the best way to find out how well an intervention works.

Because it spanned the Black Summer Bushfires as well as the extended COVID-19 lockdowns in Melbourne, this engagement from Fire Rescue Victoria was a remarkable achievement.

It is a monument to their determination to promote the development of an effective remedy that will benefit those who have been exposed to PFAS in large amounts.

Nonetheless, because these chemicals accumulate in the body, many firefighters have high PFAS levels due to previous exposures.

More research is needed to determine the optimal frequency and amount of donations to reduce PFAS while balancing treatment efficacy with the challenges of frequent donations.

How can these results be put to use in the real world?

This study provides the first option for affected individuals to eliminate PFAS from their systems and remedy the effects of their PFAS exposure.

More people with PFAS exposures may be encouraged to donate blood or plasma in the future. People who have been exposed to PFAS can still donate blood, according to the Australian Red Cross Lifeblood program.

There is no PFAS threshold that has been established as posing an elevated risk to receivers of donated blood components.

Although this danger was not investigated in our study, blood authorities should continue to monitor the potential health consequences of PFAS and take into account any implications of elevated PFAS levels in blood donors.

A Senate joint standing committee investigating PFAS suggested that the government look into these findings in late March.

The committee advised that the government look into creating a means for those with high PFAS levels who can’t donate blood or plasma because of the risk of contracting blood-borne infections to make therapeutic contributions.

The commission also recommended that the Australian government provide funding for future longitudinal studies on potential detrimental health consequences for firefighters and members of PFAS-affected communities.

A neurologist explains why daylight saving time is bad for you 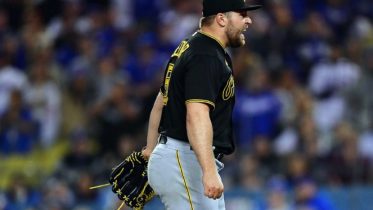 On Saturday night, the Boston Red Sox blew another save, showing once and for all that they need to trade for a closer. Thankfully, the…