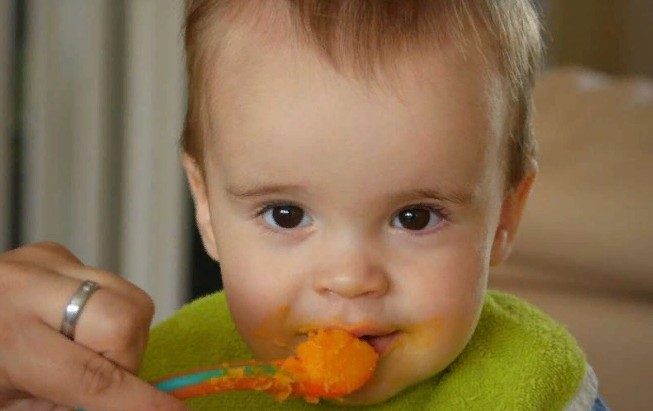 According to a survey, there are an average of nine promotional claims on the packaging of UK baby food items.

According to research published online in the Archives of Disease in Childhood, an average of 9 promotional claims may be found on the packaging of individual UK infant meals.

According to the researchers, these claims are mostly unregulated and frequently suggest some indirect health benefit, known as the “healthy halo effect,” which may be perplexing for parents.

The World Health Organization (WHO) has recommended the creation of criteria for the promotion of commercial baby foods that are in line with best practice infant feeding recommendations.

In addition, the UK government has established new rules restricting the internet promotion of high-fat, high-salt, and high-sugar foods and beverages in order to encourage youngsters to adopt good eating habits.

However, the researchers point out that given the absence of legally binding laws and norms for the content and promotion of manufactured infant foods in the UK and the European Union, it’s a bit of a free-for-all amid rising sales.

The researchers aimed to look into the use and type of promotional claims on manufactured baby food items in the UK for newborns up to the age of a year old, as well as see if there were any links between product characteristics and the claims made.

In June and September 2020, they looked for manufactured baby foods online or in stores at seven major UK supermarkets: Aldi, Asda, Lidl, Tesco, Sainsbury’s, Waitrose, and Morrisons, as well as Amazon.

The health, nutrient, composition, and marketing claims were all categorized. The marketing claims were further split into those for baby-led weaning (encourages self-feeding), convenience, fulfilling nutritional objectives, endorsements, feeding ideals, lifestyle, quality, texture, taste, and others.

Two-thirds of the items (68 percent, 493) were classed as wet-spoonable, whereas around a third (32 percent, 231) were classified as dry.

Snacks accounted for nearly three-quarters of dry foods (73 percent), followed by cereals (22 percent ). Wet-spoonable food packaged in pouches accounted for 35% of the products surveyed, followed by dry products wrapped in wrappers (26%), jars (13%), tray meals (12%), and other types of packaging (12%). (14 percent ).

On the 724 goods, there were a total of 6265 advertising claims. On the packaging, nearly all goods had marketing claims (99 percent), followed by composition claims (97 percent) and nutrient claims (85 percent); only 6% of items (41) had direct health claims.

Each product had an average of nine total claims, with an average of five marketing claims. However, a single product could have up to 17 promotional claims.

Baby-led weaning claims were reported on 72 percent of snacks, with snacks (99 percent) having a substantially larger quantity of these claims than other categories of products. However, the researchers believe that encouraging snacking habits as early as 6–12 months is dubious because it has the potential to induce overeating and obesity.

While health claims were only discovered on 16 percent (38) of dry infant foods and 0.6 percent (3) of wet-spoonable foods, dry items, such as snacks and morning cereals, had the most (94 percent, 51) of all health claims stated (54).

The most popular health claim was iron’s function in supporting normal brain development.

The researchers are concerned about the widespread use of unregulated promotional claims on manufactured infant foods, pointing out several potential concerns with the claims made.

For example, the term “vegetable taste” implies that foods are made of vegetables but, in reality, the components could be a mix of fruit and vegetables with a sweet flavor.

“Because food preferences are developed early in life, and newborns have an innate predilection for sweet and salty foods, encouraging sweet [baby meals] with a high sugar content may be harmful. Furthermore, it has the potential to contribute to increased energy consumption and tooth caries “They compose.

“Dietary targets for fruit and vegetable consumption (5 portions per day) are offered to children as early as the age of two,” they say, “thus the acceptability of pushing claims like ‘contributes towards your 2-of-5’ or ‘contains 1-of-5’ remains debatable.”

“Endorsements like ‘nutritionist approved’ or ‘dietitian approved’ were extensively utilized,” they write, “although the meaning of these endorsements in terms of nutritional quality or the accuracy of health claims is not fully obvious and requires further study.”

The researchers admit that their analysis is “simply a glimpse of a fluid [commercial baby food] industry,” and that the promotional claims were based on graphics from merchants’ websites that may or may not be current.

However, they come to the following conclusion: “Promotional claims are frequently utilized on [commercial baby food] packaging, which may mislead parents.

The unrestricted use of messages and “health halo” assertions on [commercial baby food] packaging necessitates policymakers and stakeholders updating guidelines, regulations, and policies to protect this vulnerable group and ensure that newborn feeding recommendations are not jeopardized.” 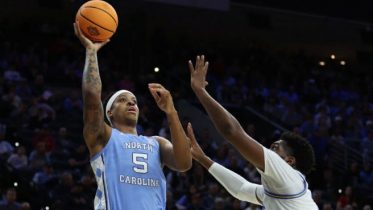 There’s a good chance that Armando Bacot is very happy for his team. The North Carolina Tar Heels are now a part of the Elite…