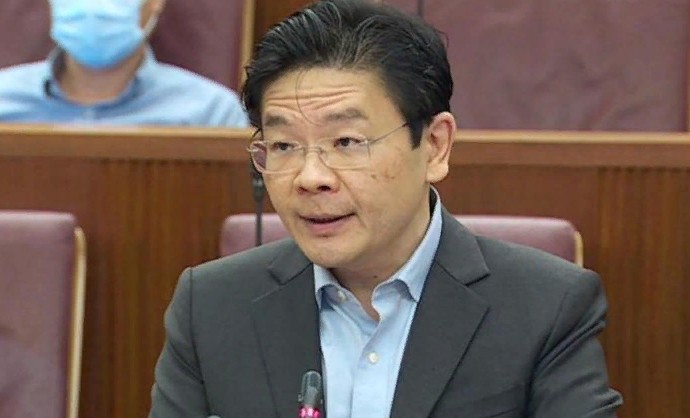 Mr. Lawrence Wong announced today (February 18) during his Budget statement that he has set aside S$500 million for a Jobs and Business Support Package.

A Small Business Recovery Grant will be offered as part of the package for small and medium-sized firms (SMEs) in the food and beverage, retail, tourism, and hospitality sectors that have been most impacted by Covid-19 limitations over the past year.

Local sole owners and partnerships in eligible sectors, as well as hawkers, market and coffee shop stall operators who do not employ locals and are licensed by the Singapore Food Agency, would get a S$1,000 payment.

2. Extension of the Covid-19 Recovery Grant and the Jobs Growth Incentive

Workers who are still losing money as a result of Covid-19 can apply for a Covid-19 Recovery Grant, which has been extended until the end of the year.

The Jobs Growth Incentive will be extended for another six months, through September of this year, with stepped-down support rates to reflect improved labor market circumstances.

Those who are having a harder time obtaining work, such as mature workers who have been unemployed for six months or more, those with disabilities, and ex-offenders, will be covered by the extension.

3. Extending loan programs for enterprises and the domestic building sector

The rise in the cost of materials and electricity has caused firms to worry about their financial flow.

The Temporary Bridging Loan Program and the expanded Trade Loan Scheme will be extended with improved parameters for another six months from April 1 to September 30 this year to assist businesses with their cash-flow needs.

Access to project loans for the domestic construction sector will be extended for another year, from April 1 this year to March 31 next year. This is on top of the reimbursements that construction companies are now receiving for foreign worker levies.

Over the next three years, an additional S$200 million will be set aside to improve initiatives that help businesses and workers develop digital competencies.

The Grow Digital program, which assists businesses in better leveraging digital platforms to reach international markets, and the TechSkills Accelerator, which strives to produce a skilled information and communication technology workforce for Singapore’s digital economy, are two examples.

Around $600 million would be set aside to broaden the scope of available solutions under the Productivity Solutions Grant and encourage SMEs to adopt productivity solutions.

The program assists businesses with the implementation of digital and automation solutions.

Over the next four years, it is expected to fund more than 100,000 productivity projects, more than doubling the number of projects supported since the scheme began.

Through industry and foreign attachments, mentorships, and peer support networks, a new Singapore Global Executive Program will also assist businesses in attracting and nurturing their next generation of leaders.

7. More assistance with finance for businesses

From April 1 this year until March 31, 2026, the Merger and Acquisitions financing program, which helps businesses grow and expand through mergers and acquisitions, will be expanded to encompass domestic merger and acquisition activities.

Mr. Wong further stated that the expanded 70 percent risk-share under the Trade Loan scheme will be maintained for businesses entering more emerging countries such as Bangladesh or Brazil. This will inspire businesses to look for unexplored market potential.

The Trade Loan assists Singapore-based businesses with their trade financing needs, such as short-term import, export, and guarantee financing.

Employers can also get help with employee training through the SkillsFuture Enterprise Credit program. Only employers with at least three local employees and at least S$750 in Skills Development Levy contributions throughout a qualifying period are currently eligible for this credit, which tends to be larger businesses.

A waiver of the Skills Development Levy requirement will be given during the qualifying period of January 1, 2021, to December 31, 2021, in order to better support smaller businesses. The number of qualifying employers is expected to increase from 40,000 to 80,000. The deadline to apply for the credit has been pushed back a year, to June 30, 2024.

9. Raise the minimum qualifying wage for S Pass and Employment Pass applicants, as well as the Tier 1 levy.

The minimum qualifying salary for new Employment Pass (EP) applicants will be raised from S$4,500 to S$5,000 starting in September this year.

This will be increased from S$5,000 to S$5,500 for the financial services sector, which has higher salary standards.

This is to ensure that new EP holders are on par with the top one-third of the local professional, managerial, executive, and technical (PMET) workforce in terms of quality.

In addition, the qualifying salaries for older EP candidates, which increase with age, will be enhanced in lockstep.

These modifications will take effect for renewal applications in September of next year, giving firms time to react.

Aside from the wage, the government will reform how EP applications are evaluated in order to improve the complementarity and variety of the foreign workforce, as well as provide greater certainty and transparency for businesses.

Additionally, in September of this year, the minimum qualifying wage for new S Pass applicants will be raised from S$2,500 to S$3,000.

A higher minimum qualifying salary of S$3,500 will be introduced for the financial services sector.

In addition, the qualifying salaries for older S Pass holders will be increased at the same time. According to Mr. Wong, the goal is for S Pass holders to be on par with the top one-third of local associate professionals and technicians in terms of quality.

Following that, the minimum qualifying salary for new S Pass applicants will be increased in September of this year and again in September of 2025, with precise salary figures to be revealed closer to the implementation date based on local salaries at the time.

The modifications will take effect a year later for renewal applications, precisely as they did for EP holders.

The Tier 1 charge will be gradually increased from S$330 to S$650 by 2025 to better regulate the flow of S Pass holders.

10. Businesses will be given assistance in dealing with increased carbon taxes.

Singapore’s new net-zero goals will necessitate an increase in the carbon levy. This will begin in 2024.

The present S$5 per tonne of the carbon tax will be maintained until 2023, with specific increases notified in advance.

There will be no additional carbon tax on gasoline, diesel, or compressed natural gas because these fuels already have fuel excise fees to encourage moderation.

Mr. Wong stated that a transition framework will be established to assist enterprises in emissions-intensive and trade-exposed industries manage the near-term impact of increasing carbon levies on their competitiveness.

Other countries with carbon prices have similar arrangements. They give businesses specified allowances for a portion of their emissions, which helps offset rising business expenses while still driving decarbonization.

By 2024, businesses will be able to offset up to 5% of their taxable emissions using high-quality foreign carbon credits instead of paying a carbon tax.

11. Under a new system, the government would co-fund progressive salary rises for lower-paid workers.

Several adjustments will be implemented by the government over the next two years to help lower-wage workers.

The Progressive Wage Model (PWM) will be extended across all sectors, including retail, food services, and waste management, as well as cleaners, security officers, landscaping workers, administrators, and drivers. Companies will face greater labor costs as a result of this.

Mr. Wong stated that from this year until 2026, the government will implement a Progressive Wage Credit Scheme (PWCS) to co-fund paid rises for lower-wage workers.

Workers earning more than S$2,500 but less than S$3,000 will receive assistance with a lower co-funding percentage.

This year, a PWCS fund will be established and granted a S$2 billion investment. He explained that the endeavor to uplift workers is part of a larger effort to revitalize and enhance Singapore’s social compact in the aftermath of the pandemic.

To encourage part-timers and casual employees to take up a full-time job, Workfare will have minimum income criteria of S$500 per month.

Younger workers aged 30 to 34 will be eligible for workfare, with a maximum yearly compensation of S$2,100.

Disabled people will receive a maximum payout of S$4,200 per year, regardless of their age.

More than half a million workers are projected to benefit from the improved Workfare program.

13. As the contribution rates for older workers rise, employers will continue to get CPF offsets.

For workers aged 55 to 70, both employer and employee CPF contribution rates increased this year, and employers were awarded a one-year CPF Transition Offset equal to half the rise in employer payments.

The next phase of the hike, according to Mr. Wong, will take place in 2023, with employers receiving a comparable offset.

Those who are unable to set away the BRS will not be forced to top up their CPF, but those who do so when they turn 55 in 2027 would get monthly dividends of nearly S$1,000. They will continue to get payments for the rest of their lives.

Mr. Wong stated that the government is considering a top-up tax known as the Minimum Effective Tax Rate in light of the BEPS 2.0 guidelines.

The goal is to raise the effective tax rate concerning multinational corporations to 15%. Singapore’s Inland Revenue Authority (Iras) would investigate the tax’s design and discuss it with the industry.

He went on to say that the net impact of BEPS 2.0 on Singapore is still to be determined and that while the framework may limit global tax competitiveness, it has had no effect on investment competition.

“As a result, we will need additional time to thoroughly investigate these issues, and we will announce adjustments to the corporation tax structure when we are ready.”

Singapore had planned a two-percentage-point increase in GST from 7% to 9% in 2018, however, it was postponed owing to the Covid-19 epidemic.

Mr. Wong said he had carefully reviewed the whole situation, including the ongoing epidemic, the status of the economy, and the inflation outlook.

“We have a pressing revenue requirement. “However, I appreciate Singaporeans’ concerns about the GST hike occurring at the same time as rising costs,” he remarked.

He also stated that a total of S$40 million will be set aside under the Productivity Solutions Grant to assist firms in making the necessary adjustments. They are eligible to apply for subsidized accounting and point-of-sale systems. 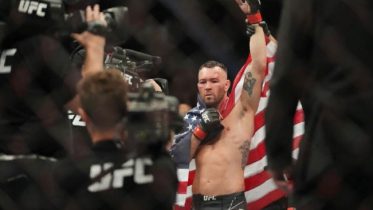 See who came away with an extra $50,000 in their pocket after their UFC 272 performances. For fighters, winning is vital, but winning is much…