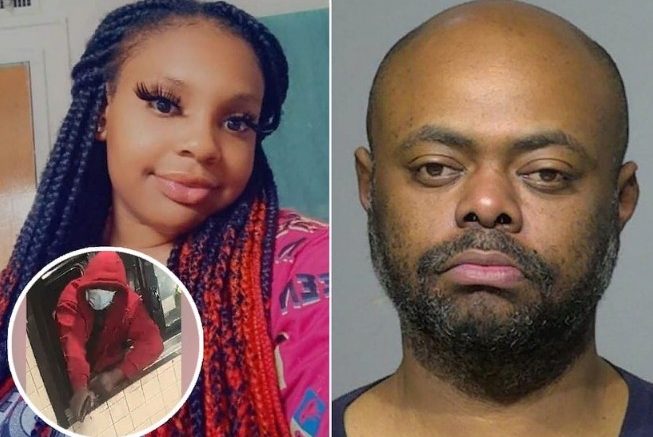 Burger King employee, 16, was shot and killed in a botched robbery that she assisted in planning: criminal complaint

According to investigators, the robbery was staged, the victim was best friends with the suspect’s daughter, and the shooter was an unwitting restaurant employee defending the establishment.

A Burger King employee was shot and murdered during a heist, but authorities suspect the robber did not kill her. According to a court complaint, Niesha Harris-Brazell, 16, was involved in the theft and was fatally shot by an unsuspecting armed colleague who was firing at the thief… who happened to be her best friend’s father.

On January 2, around 10:13 p.m., Milwaukee police went to a shooting inside Burger King on W. Capitol Drive, where they discovered Harris-Brazell (shown, above left) laying on the floor with gunshot wounds to the chest. She was taken to the hospital but died as a result of her injuries. It was deemed a homicide by the coroner.

Investigators examined security tape and saw a Chevy Impala pull up to the drive-thru window at 10:05 p.m. after the restaurant had just closed; no one was manning the window because the crew was inside cleaning up.

As the car drove away, the driver rapped on the window, which was opened by a male juvenile employee who said something short to the driver before closing it. Three minutes later, it circles back and pulls up to the window; this time, Harris-Brazell opens the window — and backs away swiftly.

She starts emptying the cash register and stands there holding it while yelling at her coworkers, but she does not approach the window. The driver exits his vehicle 40 seconds later, armed with a semiautomatic pistol, and begins climbing through the open window. He points the rifle at her for the next 22 seconds, halfway through the window, waving towards the money, but she remains immobile, calling back into the restaurant.

She collapses to the ground, and the robber departs in his car, pulling himself back out the window. The victim “remains on the floor, rolling around, bleeding, and wailing out.”

The report reads, “It does not appear that the Impala driver’s gun ever discharged because there is no muzzle flash or smoke, no cartridge casing is ejected, and there is no motion associated with a gun recoil.”

Derrick Ellis, a coworker, is suspected of being the shooter. Other cameras captured the manager yelling to Ellis and Ellis peeping around the corner to see the armed robber halfway through the window during the standoff.

According to the complaint, “Ellis reaches around the door with a pistol and fires towards the drive-thru window.” “Ellis’ gun emits muzzle flashes, and casings can be seen being ejected from it. In the line of fire, [Harris-Brazell] stood between Ellis and the Impala driver.”

Ellis is also the sole fatal gunman, according to bullet holes around the glass. “No evidence was established that the Impala driver had fired his weapon.”

But the case was about to take another, even stranger turn. Antoine Edwards (shown, upper right) was detained as the driver of the Impala during the follow-up investigation, and his 16-year-old daughter Mariah Edwards was working at the Burger King on the night of the botched heist.

She later told authorities that she was the victim’s best friend and that the three of them had planned the robbery together.

Mariah Edwards initially gave a witness statement in which she made no mention of her father, and she even spoke to the media about the horrific incident on television.

She was re-interviewed when police identified her as a suspect, and she admitted she had lied, they claimed.

The prosecution complaint states, “She now stated that the heist was staged to take money and she was in on the scheme.” “NHB, the victim, was her best friend, she stated. Her father was the defendant, Antoine Edwards, the driver of the Impala.”

She informed authorities that the three had planned for her father to come to the drive-thru window a few days before the incident and stage a robbery at closing time when the register was expected to have a lot of money.

Because Harris-Brazell usually worked at the window and Edwards in the kitchen, her buddy was supposed to be the one to hand over the money.

Ellis, she claimed, was not a part of the scheme.

She claimed she spotted her father the first time he drove up, walked back into the hallway, and called him on his phone to ensure it was him; he confirmed it and said he would pull back around. During the call, she indicated Harris-Brazell was with her.

However, things clearly did not go as planned. She told police that her father climbing through the window was never part of the plan; she believes Harris-Brazell didn’t instantly hand over the money because she was scared, recalling how her friend exclaimed “He wields a weapon! He wields a weapon!”

Police claimed Edwards’ father’s statement matched hers, with the exception that the “insulates his daughter from participating.”

“Despite the fact that he plotted the heist over the phone by dialing his daughter’s phone, his daughter promptly turned the phone over to NHB, and the plan was made between himself and NHB, without input or involvement from his daughter,” according to the statement. He revealed to authorities that he borrowed the Impala from its owner the night of the heist and removed the license plates.

He stated Harris-Brazell did not pass over the money as anticipated during the staged robbery and “was taking too long,” so he crawled partway into the window.

That’s when he claimed someone inside the building opened fire, forcing him to flee.

Antoine Edwards, who has a history of burglary convictions, is now charged with Felony Murder, Intentionally contributing to a child’s delinquency with death as a result, and Possession of a handgun by a felon.

Mariah Edwards has also been arrested, however, it is unclear what charges will be brought against her.

However, Harris-mother, Brazell’s Liceal Brazell, told Fox 6 that the father and daughter are lying to save their own skin.

“It truly irritates me and makes me angry. You’ve already told a lot of lies, and now you’re going to tell even more lies “she stated “That isn’t going to help you at all. That will not assist your father.”

“Why would she do something like that? She didn’t require any financial assistance.”

“But my God is good, and he will see to it that all is revealed. And I truly believe that “she continued.

Meanwhile, Derrick Ellis (seen below) has been on the run since the incident. He faces accusations of being a felon in possession of a handgun since he was “carrying the pistol prior to any event that may offer a lawful reason for him to possess it,” according to police. The store manager described Ellis as an employee who frequently carries a gun while at work during an interview with authorities. She said authorities after the shooting that Ellis had asked her to hide the pistol since he had previously been convicted of a felony.

A 38-year-old woman was detained at the scene on a misdemeanor charge of refusing or obstructing an officer and a felony charge of straw purchasing a firearm — buying a gun for someone who can’t pass a background check or doesn’t want their identity tied to it — just hours after the incident. After that, she was released on $1,300 bail. Be the first to comment on "Burger King employee, 16, was shot and killed in a botched robbery…" 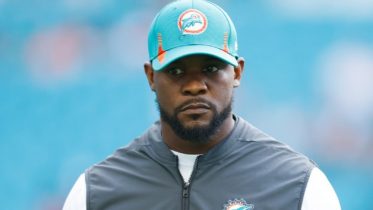