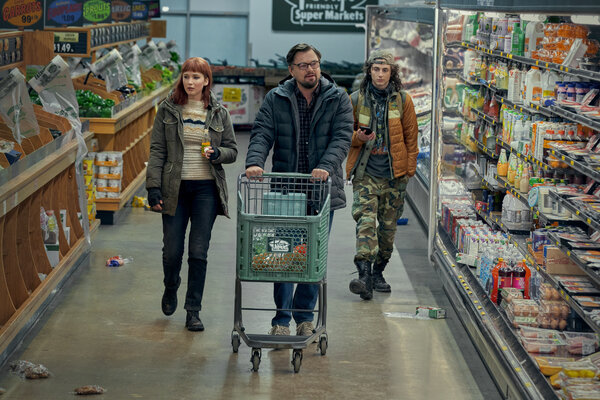 The new film “Don’t Look Up,” depicting a planet-killing comet colliding with a frivolous America, is a critical failure — its RottenTomatoes.com score is currently only 55% fresh — but a definite cultural hit.

In a world where non-superhero films barely register, it has shattered a Netflix viewing record and sparked a slew of movie-critic debates and pundit reactions — some of them politically unanticipated, with both left-leaning criticism and right-leaning adulation.

Officially, the film is a climate change allegory, which its director, Adam McKay, has highlighted in his online debates with critics. “I’m not sure ‘Don’t Look Up’ makes any sense if you don’t have at least a small spark of fear about the climate collapsing (or the US wobbling),” McKay tweeted recently. It’s like watching a love tale through the eyes of a robot. ‘Why are their faces so close together?’

Art, on the other hand, has a way of eluding the creators’ goals. Despite McKay’s tweets, his comet scenario is a poor analogy for the climate crisis, for reasons painstakingly detailed by Eric Levitz of New York Magazine in one of the greatest replies to the film as a potential policy intervention.

However, the epidemic that struck before filming began proved to be a better fit for the metaphor, as it was a fast-moving and unforeseen threat rather than a long-term issue. And, in the end, “Don’t Look Up” works best when it’s just a movie about McKay’s tweet’s parenthetical — the concept of a “teetering” America, with the specific existential threat virtually irrelevant to the depiction of systemic failure.

Because it opens one of the widest lenses on American decadence since the years when “The Wire” and “The Sopranos” were both on HBO, I believe this is the most important reason why the film is a financial success and debate starter even among those who despise it.

Nonetheless, I’m one of the reviewers who believes the film ultimately fails because its drive to criticize everyone, from TV news to social media, clashes with its desire to offer a religious message about Listening to Science. When it comes to the expert class, the academic-industrial complex, the latter impulse ensures that its mockery is gentlest. And the plot revolves around a single bad decision made by a populist president, with the systemic critique being sacrificed in the name of ideological point-scoring.

But, because the film is nearly complete in its depiction of decadence, I’m going to offer some script revisions and give you the version of “Don’t Look Up” that might have been if someone had engaged me to consult. Here’s how it goes:

Act 1: Amateur astronomy geeks discover the comet by combing through telescope footage that the government receives but doesn’t bother to examine. Their discoveries are being pushed by a mix of doomsday preppers and tech bros, while academics dismiss the claims as false, and Twitter blocks those who believe the comet will strike Earth.

Act 2: When a group of Harvard scientists confirms the comet’s doomsday route, the media goes into overdrive, amplifying the threat. However, the president, right-wing populist seeking re-election, prefers to put off dealing with it, so she promotes an obscure Bible-college astronomer who believes the chances of an impact are less than 10%.

Act 3: Following nationwide demonstrations, the president reverses direction and declares a huge nuclear strike. However, NASA’s chief, a media darling, maintains that blowing up the comet will shower down shards and kill too many people and that a more limited hit — which happens to be the subject of his own dissertation — is required to knock it off track.

Although Fox News demonizes him, the mainstream media claims that his strategy is based on science and that no reasonable person could disagree with it. So the US tries his strategy — and it fails miserably since his dissertation was based on bogus tests that were never repeated outside of his lab.

Act 4: Now the president orders a full-fledged nuclear attack, which also fails – because most of the nukes don’t work, and the military failed to assess its stockpile because a portion of the cash was spent recruiting TikTok influencers to conduct a fresh Gen Z recruitment pitch. Desperate, the government turns to a tech wizard in the mould of Elon Musk, whose Great Bore drill promises to hurl a bomb into the comet’s core. Unfortunately, he is in charge of the mission, which goes horribly wrong when he is distracted by a Twitter flamewar.

Act 5: Out of options, some Americans pretend the comet isn’t approaching, while others join a cult that organizes huge repentance ceremonies for the misdeeds of white patriarchy. At the last moment, a swarm of Chinese drones fly up to meet the comet and dismember it, sending its fragments into the Pacific to be mined by Chinese deep-sea robots — but a shower “accidentally” hits the continental US, knocking out our infrastructure and leaving the world’s former superpower in the dark.

In Chinese, the credits roll. I hope to see you all at the Academy Awards. 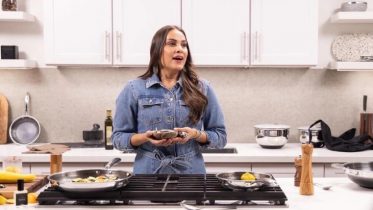 We interviewed Chef Pyet DeSpain because we believe you’ll enjoy her recommendations. Some of the products displayed are from a brand she is compensated to…