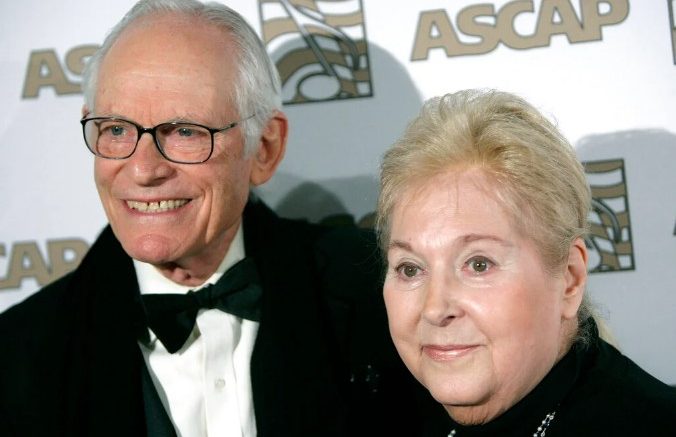 Lyricist who won multiple Oscars, Emmys, and Grammys died at the age of 93.

Marilyn Bergman, who won numerous Oscars, Emmys, Grammys, and other awards for her song lyrics, has died at the age of 93. She died at her home in Los Angeles at 1:15 a.m.

PT on Saturday morning, surrounded by her husband Alan Bergman and daughter Julie Bergman. Respiratory failure was the cause of death (non-COVID related).

Marilyn received Oscars for the songs “The Windmills of Your Mind,” “The Way We Were,” and the score for Yentl alongside her husband, Alan. The Bergmans have received 16 Academy Award nominations since their first in 1968, for songs like “It Might Be You” from Tootsie, “How Do You Keep The Music Playing?” from Best Friends, “Papa Can You Hear Me?” and “The Way He Makes Me Feel” from Yentl, and “What Are You Doing the Rest of Your Life?” from The Happy Ending.

Sybil, Queen of the Stardust Ballroom, Ordinary Miracles, and A Ticket to Dream won Emmys. For the song “Moonlight,” performed by Sting for the Sydney Pollack film Sabrina, they were nominated for a Golden Globe, an Academy Award, and a Grammy Award in 1986. Dave Grusin, John Williams, Quincy Jones, James Newton Howard, Michel Legrand, Johnny Mandel, Cy Coleman, Henry Mancini, and Marvin Hamlisch are among their main collaborators.

Barbra Streisand paid tribute to them with “What Matters Most,” a Grammy-nominated CD of their songs released in 2011. “Frank Sinatra sings Alan and Marilyn Bergman,” a new anthology of their work, was released in 2019.

Marilyn was an independent political and social activist. The Women’s Directing Workshop was founded by the America Film Institute (AFI) in 1974. Marilyn was invited to join the class of 1975, along with Anne Bancroft, Dyan Cannon, and Randa Haines.

Marilyn launched the influential political PAC “The Hollywood Women’s Political Committee (HWPC)” in 1984 with eleven other women, raising millions of dollars for Democratic politicians. The “single most powerful entertainment group in politics,” as it was dubbed.

Marilyn was elected to the board of directors of the American Society of Authors and Publishers for the first time in 1985. (ASCAP). She was elected president and chairman of the board after serving on the board for five terms. Marilyn was named to the US Department of Commerce’s Private Sector Advisory Council on the National Information Infrastructure the same year, and she was the Council’s sole creative artist.

Marilyn was the president of CISAC, the International Confederation of Performing Right Societies, for two periods (1994-1998). In 1996, she was awarded the Commander of the Order of Arts and Letters Medal, France’s highest cultural accolade.

The Spanish performing right society gave her the Cultural Medal of Honor in 1998. (SGAE). Marilyn was named the inaugural chairman of the National Academy Sound Recording Preservation Board of the Library of Congress in 2002.

Marilyn co-executive produced and co-wrote the acclaimed “One Voice” concert with Alan in 1986, which starred Barbra Streisand. The Bergmans also created “An American Reunion,” the opening ceremony for Bill Clinton’s inaugural festivities at the Lincoln Memorial, which aired on HBO in 1993.

Marilyn also worked on the PBS special The Music Makers: An ASCAP Celebration of American Music at Wolf Trap, which she executive produced. She hosted the PBS series, Women, in Song and featured on various talk shows and debates.

Alan and Marilyn collaborated on an original musical production, Chasing Memories, with playwright Joshua Ravetch, which premiered at the Geffen Playhouse in 2017. Between Yesterday and Tomorrow-The Life Cycle of a Woman, an album written with Michel Legrand was released in 2018. They’ve just finished writing two additional cinematic songs. One with the late Michel Legrand for Max Rose’s “Hurry Home,” and the other with Dave Grusin for If You’re Not in the Obit: Eat Breakfast’s “Just Getting Started.”

In 2001, Dr. Billy Taylor, creative director of the Kennedy Center for the Performing Arts, commissioned Alan and Marilyn to write “a jazz song cycle” with composer Cy Coleman. Portraits in Jazz: A Gallery of Songs was a critically acclaimed performance at The Kennedy Center in May 2002. Up Close and Musical, which was expanded with Larry Gelbart’s text, had a very successful run at the Mark Taper Forum in Los Angeles.

Five songs for Visions of America, a photo symphony celebrating the sights and sounds of America as taken by famed photographer Joe Sohm, were written by the Bergmans in conjunction with composer Roger Kellaway. It was first played by the Philadelphia Pops Orchestra in 2009, and then by the Boston Pops Orchestra in 2012, with vocalists Patti Austin and Steve Tyrell.

Among his other achievements were:

She won a Lifetime Achievement Award from the National Academy of Songwriters in 1995, as well as an honorary doctorate from Berklee College of Music.

Marilyn earned the first Fiorello Lifetime Achievement Award from the LaGuardia High School of Music, Art, and the Performing Arts in New York in 1996.

Marilyn and Alan were honoured with the Songwriters Hall of Fame’s Johnny Mercer Award in 1997. In 1998, Trinity College conferred Honorary Doctorates on them.

In the year 2000, they received the Kaufman Cultural Center’s Creative Arts Award as well as the National Music Publishers Association’s Lifetime Achievement Award.

The National Association of Recording Arts and Sciences presented them with the Governor’s Award in 2002.

They were the inaugural recipients of the Johnny Mercer Foundation Lifetime Achievement Award in 2003.

The Flanders Film Festival honoured Marilyn and Alan with the World Soundtrack Lifetime Achievement Award in 2004.

The University of Massachusetts awarded honorary doctorates in 2008.

The Savannah Film Festival honoured them with lifetime achievement awards in 2009.

Alan and Marilyn were inducted into the Great American Songbook Hall of Fame.

The National Academy of Recording Arts and Sciences honoured them both with Trustee Awards in 2013.

Marilyn studied music at New York’s High School of Music and Art before going on to NYU to study psychology and English. She came to Los Angeles after graduating from college and resumed her musical career. She met Alan in 1956 and began a long and fruitful relationship in both life and business.

“It is with great regret that I, and ASCAP as a whole, mourn the passing of Marilyn Bergman, one of the finest lyricists of all time and true ASCAP royalty.” She was a great songwriter who co-wrote some of the most beautiful and enduring lyrics of all time with her husband, Alan Bergman.

She was a persistent and tenacious supporter of music producers throughout her life, not just as President and Chairman of ASCAP. Her brilliance, wit, and wisdom will be missed by our community. We weep with you, Alan.”

Marilyn Bergman is survived by her husband Alan Bergman, their daughter Julie Bergman and son-in-law iLan Azoulai, and her granddaughter Emily Sender.

The Chicks Honor Olivia Newton-John With A Performance Of…

Be the first to comment on "Lyricist who won multiple Oscars, Emmys, and Grammys died…" 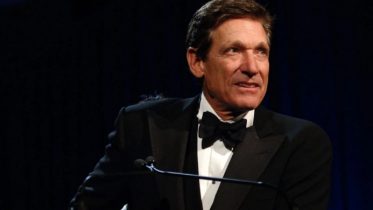 As the days pass, the landscape of talk show television appears to shift, and yet another show will come to an end. This time, a…

Jarvis Landry must be asked harsh questions by the Browns