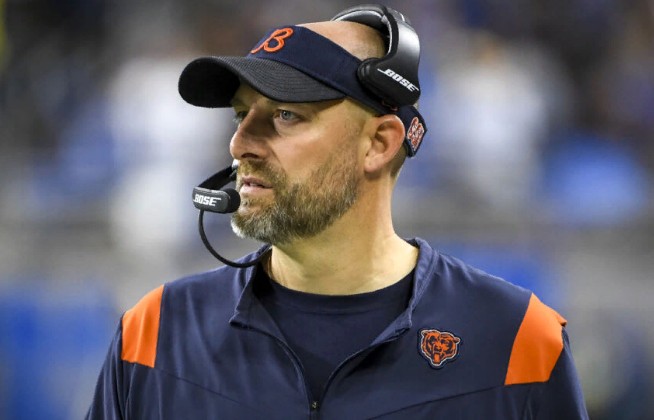 Matt Nagy comes to the Kansas City Chiefs after four years as the head coach of the Chicago Bears, where he will work with Andy Reid to help Patrick Mahomes reach his full potential.

Nagy may have moved on to Chicago after Mahomes’ second year in the NFL after graduating from Texas Tech, but he left an unforgettable mark. Since the 2018 season, Mahomes has made several good remarks regarding Nagy. One thing stands out among Mahomes’ several comments regarding Nagy. When it comes to coaching quarterbacks, he finds Nagy to be really relatable.

“I think he relates to quarterbacks so well,” said Mahomes to reporters before the Chiefs’ 2018 preseason game vs. the Bears. “Especially the young guys. He’s been through the process. He’s tried to make a career of his own as a quarterback then moved over to coaching. Just having someone that has been through that process and knows how to relate to the young guys and especially the quarterback position will help you really understand the offense and really understand what the defenses are trying to get.”

Nagy is a former quarterback who played collegiately at Delaware, professionally in the Arena Football League, and briefly as a practice squad player with the Philadelphia Eagles in 2009 before quitting and going into teaching.

Given that neither Reid nor Chiefs offensive coordinator Eric Bieniemy are former quarterbacks, having Nagy back on the coaching staff will be critical to Mahomes’ ongoing development as a passer. Nagy returns to Kansas City to take over for Mike Kafka, who has been hired by the New York Giants to run Brian Daboll’s system.

When Patrick Mahomes returns to the Kansas City Chiefs, he thinks highly of Matt Nagy.

This time around in Kansas City, it’s vital that Mahomes and Nagy have a good working relationship. Any chance Nagy has of becoming a head coach again relies on how well the Chiefs offense plays in the coming months with Mahomes at the helm. Mahomes, on the other hand, is entering a phase of his career when he will be well compensated, which will have an effect on the rest of the squad.

Kansas City is a cinch to make the AFC playoffs as long as Reid is the head coach and Mahomes is the starting quarterback. While they will almost certainly win the AFC West every year, keep in mind how many talented young quarterbacks now compete in this league. For the AFC championship, Mahomes will face Josh Allen, Joe Burrow, Justin Herbert, and Lamar Jackson.

Nagy is ultimately overqualified for the position he holds in Kansas City. His four years as the Bears’ head coach mattered, and he’ll be able to draw on that knowledge this time around with the Chiefs. This trip back to Kansas City is all about repairing one’s image. Nagy would presumably become the new offensive coordinator if Bieniemy ever gets his own squad to oversee. 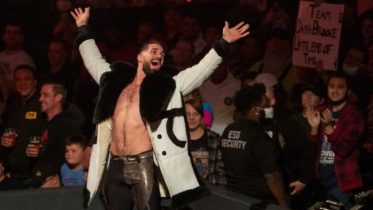 Following the March 28 broadcast of Monday Night Raw, three extra matches were added to the WrestleMania 38 schedule. It’s WrestleMania week, and the two-night…