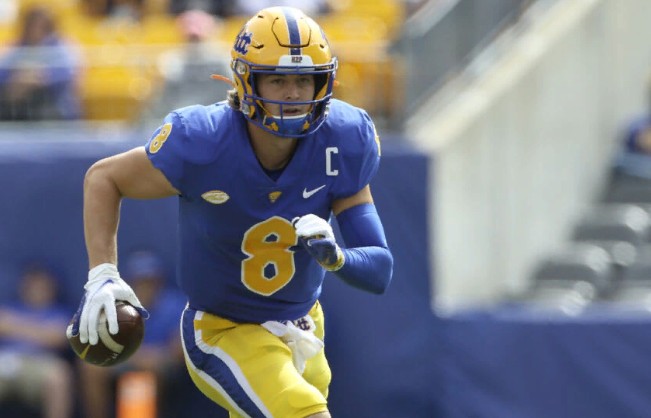 Kenny Pickett is one of the bright lights in a quarterback class that has been dubbed “poor,” but should the Steelers trade up to grab him?

Pickett is a Pittsburgh native who attended the University of Pittsburgh for four years. What better approach to identify a replacement for Ben Roethlisberger than to choose a quarterback prospect who has worked out in the same facility and played in the same stadium?

The Pitt product, on the other hand, has defects, the first of which is his measurables. Pickett’s hand is reported to measure just over eight inches in length. In the NFL, there aren’t many starting-caliber quarterbacks with hand sizes in that range. While it may appear foolish at first, there’s a reason why some scouts think it’s crucial.

Pickett is an immediate replacement for Roethlisberger, and in training camp, he’ll likely fight with Mason Rudolph for the starting job. Pickett might be in the starting lineup for Week 1 if he pushes Rudolph hard enough.

The New Jersey native would energize a fandom that had just lost one of the game’s all-time greats. The majority of Steelers fans in the Pittsburgh area are also Pitt football fans, so Pickett is used to playing in that setting. Pickett’s confidence is sky-high after his best season as a collegiate athlete – 4,319 yards throwing, 42 passing touchdowns, and only 9 interceptions.

He’s shown he has the mobility to play in Matt Canada’s scheme, and Canada’s knowledge with the Pitt offensive system could potentially benefit him in this situation, especially after a disastrous first year as offensive coordinator.

Cons of moving up for Kenny Pickett with the Pittsburgh Steelers

Pickett had a terrific year in the ACC, but the conference as a whole had a bad year. His senior year peak is impressive, but there’s a reason this QB class is regarded as one of the weakest in the draft.

For the Steelers and Kevin Colbert, trading up in this class of all classes isn’t a good idea. They rarely trade up in the first round, and as tempting as it may be to leave the franchise in capable hands, doing so would cost the Steelers other draft picks that may be used to address other issues, such as the offensive line. Pickett requires a system tailored to him; he is far from ready to lead the Steelers attack.

When you consider Canada’s troubles in his rookie season, as well as worries about Pickett’s hand size, it’s easy to see why the Steelers would rather wait and see who falls to them than move up for the Pitt quarterback. 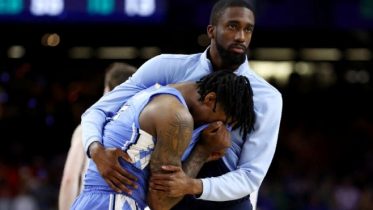 After blowing a 16-point lead in a defeat to Kansas, UNC Basketball Twitter sent out a simple but heartfelt statement. It appeared to be over,…