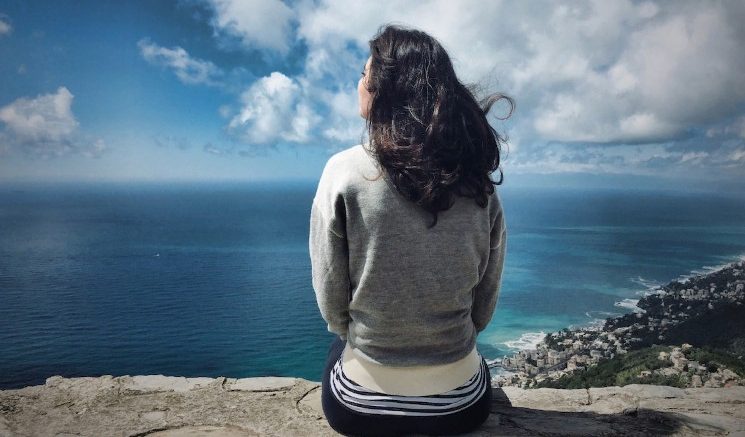 We Can Expect Radical Change on the Horizon as the United States Approaches Its First-Ever Pluto Return.

At this very moment, the seeds of a nationwide transformation could be taking root in the universe (yes, really). Pluto, the planet of death, rebirth, and coming to terms with deep-seated trauma, is set to revert to the same degree of the sign it was in when the Declaration of Independence was signed on colonized land on July 4, 1776.

The date would become regarded as the United States’ birthday in popular culture. To be more specific, most astrologers predict the planet will arrive at 27 degrees of ambitious Capricorn on February 22, 2022, officially marking the United States’ first-ever Pluto return and highlighting the kind of large-scale metamorphosis that occurs only once every generation.

Imagine something comparable to the dreaded fury of a person’s Saturn return (or the moment when Saturn returns to the sign and degree it was at when you were born), but for the entire nation.

Because Pluto travels so far from Earth, it takes 248 years for it to transit through all 12 signs, which means a Pluto return is unlikely, according to astrologer Vanessa Hardy. However, it is possible for a country that is at least that old, as the United States is this year. When this occurs, the reverberating effect is significantly more collective than individual.

“Pluto will expose the shadow side of this country, the negative patterns that uphold racial and economic disparities.” —Narayana Montúfar, astrologer

Given that the return of any planet tends to shed new light on that planet’s particular themes, we can expect this Pluto return for the United States to bring to light the country’s deepest hidden corruption or agendas, or what astrologer Narayana Montfar, author of Moon Signs: Unlock Your Inner Luminary Power, refers to as its “dirty laundry.”

If that sounds complicated — and time-consuming — that’s because it is. While the United States’ Pluto return is exact (or at the exact 27-degree mark) for the first time ever this week, astrologers agree that the slow-moving planet has been inching its way through Capricorn for years. With Pluto going into Aquarius on March 23, 2023, only to retrograde back into Capricorn twice before changing into Aquarius for good on November 19, 2024, the experts concur that we may expect to experience its effects throughout this year and the next two.

Below, astrologers explain how this transit has already manifested and how we might expect it to affect us in the future.

A Pluto return, by effectively mucking up the national status quo, exposes power abusers, airs our deepest complaints, and exposes everything that needs to be dropped or destroyed to make way for a new age.

Though astrologers disagree on when the early repercussions of the United States’ Pluto return would be seen, the huge upheaval of 2020 and our entry into the Age of Aquarius are likely to fall within its reach. The Saturn-Pluto conjunction in January 2020 is a turning point, according to Montfar, while Hardy points to the transits in February and May 2020, when Saturn and Jupiter, respectively, hit 27 degrees of Capricorn (that is, the same degree of Capricorn where the Pluto return will fall).

“We witnessed this collective awakening of the people, and a grouping together to address these power imbalances.” —Vanessa Hardy, astrologer

During that time, we saw the first COVID-19-related death, which would soon expose inequitable access to health determinants in the United States against the backdrop of a full-fledged pandemic, as well as the resurrection of the Black Lives Matter movement.

These events exposed the oppressive power dynamics that have long existed behind our country’s democratic veneer. “We saw a collective awakening of the people and a coming together to redress power inequities,” Hardy adds. “And this reflects an important aspect of the United States’ Pluto return tale.”

Both astrologers attribute Pluto’s return to a series of life-altering natural disasters that have occurred in recent years, such as burning wildfires on the west coast of emergency size and record-breaking hurricanes in the south. “Pluto is in charge of pollution, harm, and devastation,” Montfar explains. “And with it being in an Earth sign like Capricorn right now, it’s only natural that significant environmental difficulties will arise.”

In essence, all of the preceding has laid the groundwork for the large-scale change we’ll see in the coming months: now that these deep-rooted Plutonian dilemmas have reached a critical mass, we have no choice but to confront them head-on with the kind of long-term solutions that will carry us into the country’s next chapter.

How to Embrace the Pluto Return’s Transformative Energy

This year could be ideal for individual change as well, with long-established rules of order being disturbed and stirred on a social level. The “Great Resignation,” or the phenomena of people leaving their jobs en masse in search of work or a workplace that better matches their values or objectives, is perhaps the clearest manifestation of that drive.

But both Montfar and Hardy recommend going a step farther to figure out where in your life you can benefit from a change. “There’s a double whammy of latent traumas being disclosed to us this year with the south node in Scorpio, which is ruled by Pluto,” Montfar explains. “Being okay psychologically with integrating your negative characteristic or darkest secret is one way to use that Plutonian energy,” she says. “Being okay psychologically with integrating your negative trait or deepest secret is another approach to use that Plutonian energy.”

Because the return of Pluto in the United States is most symptomatic of societal change, figuring out your place in it may require some rethinking. “We can’t avert war on our own, for example, but we can be cognizant of how the military-industrial complex influences the economy.”

And while we can’t stop the stock market from collapsing, we can begin to address our connection with money and resources,” adds Hardy. While Pluto continues to trek through no-nonsense Capricorn, the aim is to evaluate how you may personally integrate into this multi-year Pluto return drama.

Finally, you may rest comfortably that your attempts to change will be rewarded: after this transit, Pluto enters Aquarius, the sign of originality, innovation, and taking the next step ahead.

Why Amazonite Is Important For Mercury Retrograde Protection 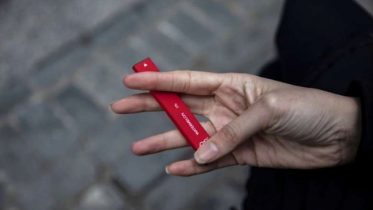 Regulators in the United States will soon begin cracking down on vaping companies that are taking advantage of a now-closed loophole, including a line of…