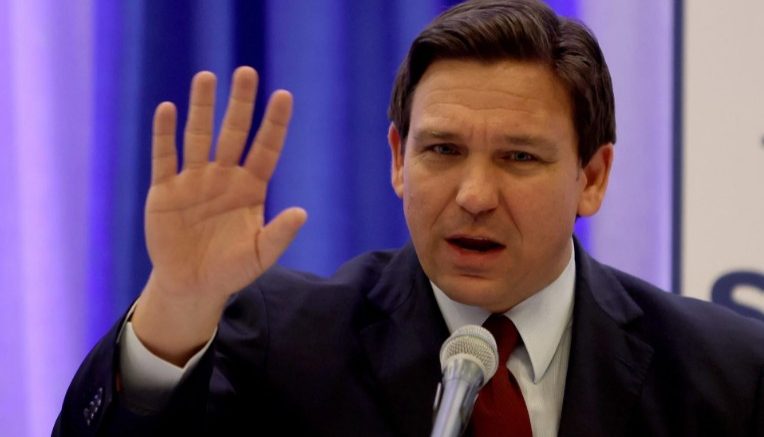 When Florida Governor Ron DeSantis sees students wearing masks, he tells them, “This Is Ridiculous.”

Florida Governor Ron DeSantis spoke at the University of South Florida in Tampa, Florida on Wednesday about a $20 million cybersecurity education package.

He was outraged by the student’s decision to wear masks during a press conference while he was present.

What the governor said to the students was broadcast live on the governor’s social media accounts. “”Those masks are not required to be worn. “I mean, please remove them,” he said.

“Honestly, it’s not doing anything,” Ron DeSantis remarked, “and we’ve got to stop with this COVID theater.” “So, if you want to wear that, that’s OK, but this is stupid,” DeSantis said emphatically as he prepared to speak.

Some of the pupils began to smile as he spoke, and a couple of them removed their masks.

In July of 2021, Ron DeSantis issued an executive order prohibiting local schools from asking kids to wear masks. He then threatened to revoke the salary of school employees who enforced mask rules notwithstanding his directive a few weeks later.

According to the Orlando Sentinel, DeSantis remarked during an unrelated press event, “If you listen to some of the things that’s being percolated around the CDC, there’s a movement to attempt to impose more limits on the American people.”

State monies may have been withdrawn from school boards that disobeyed Ron DeSantis’ edict. DeSeantis’ prohibition was eventually judged “unlawful” by a judge, and his mask demand was overturned. 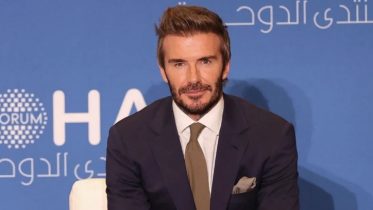 David Beckham doesn’t think it should be “strange” for gay footballers to come out. The former England captain – who has Brooklyn, 23, Romeo, 19,…

Priscilla Presley Discusses How She Found Some Elvis Performances Difficult…