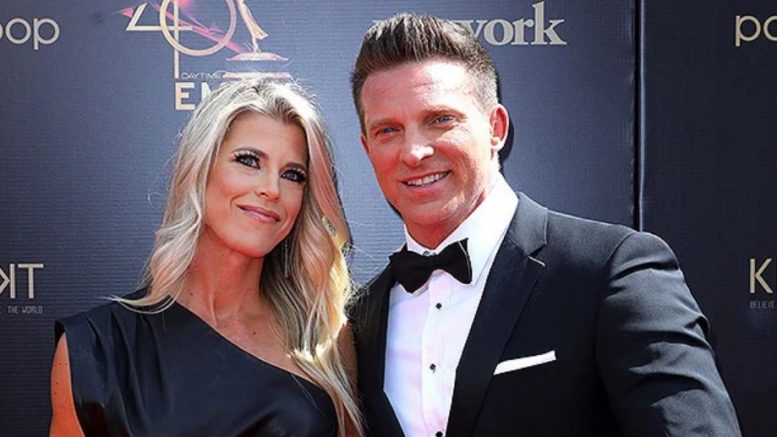 After 23 years of marriage, Steve Burton files for divorce from his expectant wife, Sheree

Following a few months of separation, General Hospital actor Steve Burton and actress Sheree Burton have decided to get divorced. TMZ says that Steve, who is 52 years old, officially filed papers to end his 23-year marriage on March 1, citing “irreconcilable differences” as the reason.

The pair have experienced a turbulent year. They split up in May after Sheree, a 45-year-old fitness expert, announced she was expecting her fourth child, who Steve claims is not his. And in November, Steve was sacked from the venerable ABC series for disobeying vaccination regulations.

Earlier this summer, Steve clarified the matter on Instagram stories. He wrote, “I wanted to clear up something. We are no longer together, Sheree.

She just revealed that she is having her fourth kid. It is not my child. Our three lovely children are still being raised jointly by us. At this time, we would appreciate some privacy. Many thanks, Steve

The long-term couple is said to have first connected on the ABC soap opera set in 1999. Makena, 18, Jack, 16, and Brooklyn, 7, are their joint offspring.

Sheree confirmed her pregnancy via Instagram stories, but she hasn’t revealed any further information about it, including the father’s identity. She posted a picture of her growing baby belly and wrote, “Life truly is full of surprises.”

At the moment, Steve may be seen in Peacock’s Days of Our Lives: Beyond Salem as Harris Michaels. And while he has been associated with Days of Our Lives since 1988, his tenure on General Hospital, which started in 1991, has garnered him just as much notoriety.

Steve did leave the program in 2012, although he continued to appear on The Young and the Restless at that time. But by 2017, he had returned to GH, only to be fired 7 months later because of the mandate for the coronavirus vaccine.

At the time, Steve revealed in a video to his followers that he had requested “medical and religious” exemptions, but they had been turned down.

“But this is also about personal freedom for me,” he assured fans. “I don’t believe anyone should lose their job because of this.” In addition, he said that it would be “an honor” to return to the program in the future and that no matter what transpired, he would be “forever thankful” for his time spent there. Read More

Despite a minor reduction in current use among the youngest adults, daily e-cigarette…