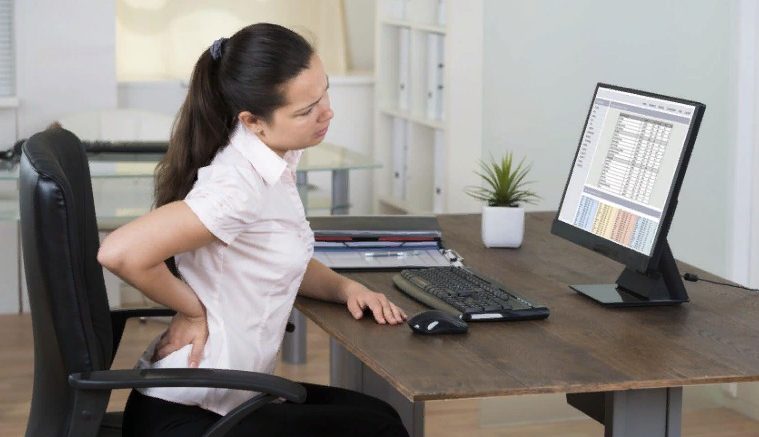 People with sedentary jobs will soon be able to benefit from Lithuanian innovation to prevent back pain—a joint team of Kaunas University of Technology researchers, Lithuanian researchers, and JSC Abili created a prototype of an office chair that activates deep muscles and improves trunk stabilization.

According to studies, many workers spend nearly 80% of their working day sitting, with at least half of that time spent in the same body posture. Because of muscular control issues, the prolonged and constant sitting position is linked to lower back discomfort.

It is frequently recommended that sedentary workers replace their regular work chairs with alternative unstable surfaces, such as physio balls and balancing cushions. While the range of motion of these items activates the deep muscles, they are not individually customized to the demands of the user.

Hominiseat, a group of scientists, is working on a customized sitting device that will provide feedback on trunk muscle activation.

The usefulness of the chair in the work environment to avoid musculoskeletal diseases caused by extended sitting was proved in scientific trials in which muscle, brain functions, and body movements of sedentary workers were evaluated.

Sitting for long periods of time is bad for your health

Many people who work in sedentary occupations complain about lower back pain, according to Ieva Aleknait-Dambrauskien, a member of Hominiseat, a physiotherapist, and a researcher at the Biomechatronics Laboratory of the Kaunas University of Technology (KTU) Institute of Mechatronics. These individuals frequently sit and rest at home.

“Sitting isn’t necessarily harmful, but sitting in one position for lengthy periods of time, with little variation throughout the day, can lead to back pain. This is not just a problem in Lithuania; statistics reveal that about 37% of Europeans work in sedentary employment, and the percentage is significantly greater in the US “According to a KTU researcher.

Sitting in the standard non-ergonomic chairs prevalent in most offices throughout the world can lead to major health issues.

According to the researcher, “sitting in a standard office chair inhibits cognitive function, which reduces productivity.”

Employees who suffer from back pain as a result of poor posture have a hard time concentrating, making decisions, and absorbing textual information. According to the KTU researcher, the Hominiseat muscle-stimulating chair does not allow for improper posture since nerve impulses constantly excite the brain center responsible for the balance.

This office chair is fantastic

The invention, in comparison to existing ergonomic seats, will alter the user’s posture by stimulating the deep muscles of the trunk. Other office chairs on the market allow the seat to freely rotate around its axis, but the degree of instability is not changeable, and the amplitude of motion cannot be changed.

These features will be included in the chair, which was designed by a collaborative group of scientists. The ergonomic seat will be able to adapt to the safe degree of instability and suit the needs of each individual.

“Although we can already see chairs that work on a similar basis to our seating device,” Aleknait-Dambrauskien explains, “our invention is the first of its kind in the world.”

The ergonomic office chair, which was unveiled at KTU’s virtual exhibition Technorama 2021, is being built using cutting-edge technology. The wireless sensor records the user’s trunk muscle activity, and the seat adjusts the user’s posture accordingly.

The data on the user’s muscle activity and body asymmetries, according to the Hominiseat team, might be utilized as workout equipment, but this will only be obvious after the prototype is manufactured and tested in real-world situations.

The device is expected to work as both a passive and active device, with the user being able to modify the seat’s movements and the invention moving by activating the deep muscles of the human trunk.

The activation of the lumbar muscles was chosen for a reason: the researchers believe that working in a sedentary profession has the biggest impact on this set of muscles: the muscles that stabilize the spine atrophy, and the intervertebral discs’ nourishment is interrupted.

“When deep trunk muscles stabilize the spine and maintain proper posture, the stresses on the spine and passive structures are less destructive,” says the physiotherapist.

The study underlines that when one deep muscle group is disrupted, other groups, such as the superficial back muscles, take over. Then there’s the constant tension, which leads to back discomfort and other ailments.

The prototype is in the works

People who perform sedentary occupations or spend a considerable portion of the day in a static position would be less likely to suffer from the harmful effects of bad posture if this innovation were made available to the general public.

“The consumer benefits would be enormous—a person working in a sedentary job would have less back discomfort, be more active throughout the day, and have higher work productivity and better results,” Aleknait-Dambrauskien argues.

According to the study, the sitting gadget could be mass-produced in Lithuania, but the market demand outside of the country should be considerably larger.

Despite the fact that the country has sufficient materials and workers to complete the project, more attention is paid to employee health and quality work equipment abroad. The ergonomic chair project’s prototype is already being developed, so testing is the next stage.

The KTU Hominiseat team has grown after placing second in the Agency for Science, Innovation, and Technology’s (MITA) Wanted: Life Sciences Innovator competition. The ergonomic chair project is now being worked on by experts in the disciplines of health, design, electronics, biomechanics, and JSC Abili workers.

“Our staff is broad since developing such a product necessitates a wide range of skills and expertise, and we can only get the desired outcomes this way.

Each specialist has a set of responsibilities that they excel at; regular communication and idea refining allows each team member to concentrate as much as possible on their area of expertise and make fewer mistakes “I. Aleknait-Dambrauskien says 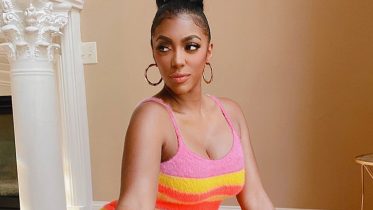 Porsha Williams is bringing joy to her fans and followers with new photos from PJ’s birthday celebrations. Take a look at them below. “She’s getting…