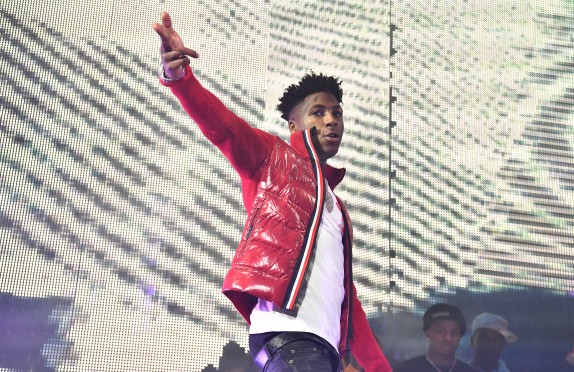 Whew! NBA YoungBoy and Arcola, the mother of his son Kaell, exchanged some not-so-nice words. When Arcola posted images of text chats with YoungBoy to an Instagram account, things became heated. After getting irritated with her over a photographed joke, NBA YoungBoy “begged” to see their son, she claims, and then requested her to pick him up again.

Heated Texts Have Been Revealed

“You’re a pathetic a** b***h.” Arcola texted NBA YoungBoy, who is saved in her contacts as Top Toxic, saying, “You get furious and constantly take sh*t out on your kids b***h your pitiful.” “Now you’re upset because he has to leave. I’ve never encountered a n***a weaker than yo b***h a**, so have someone bring him because I’m busy, and if no one can, I’ll show up when I get there.”

The previous message is the first of a series of text messages that have been shared. NBA YoungBoy responded by telling Arcola that nothing she says affects him. On January 5, NBA YoungBoy asks Arcola to visit Kaell, according to a second screenshot. When she asks when he wants to meet Kaell, the rapper responds with “now” and more than 50 w’s.

Arcola also provided an image of a United flight search that yielded no results. On the flight information image, Arcola wrote, “Lord please.” She claims NBA YoungBoy was irritated with a photo she uploaded of her on the floor with pocket coins.

“Wya, Kendall?” “This 9-to-5 ain’t enough,” Arcola captioned a photo of herself laying on the ground.

She goes on to label YoungBoy “bitter” and a “fake a** parent of the year,” among other things. In other screenshots, the artist begs Arcola to bring him Kaell on January 13th. Kentrell insists on arriving the same day, even though she says she’ll bring him in a few days. He even encourages her to tell her boss that she has Covid-19, but she refuses.

Arcola took the texts down from her Instagram Story shortly after publishing them. However, it appears that NBA YoungBoy instructed her to publish the texts in a text message that reads, “Bum b***h go tell the world to stop messaging me.”

“He literally makes me sick,” Arcola commented alongside the leaked messages. “Everyone in his camp could run that back idgaf f**k all y’all.”

In another article, she explained why she allowed Kaell to visit NBA YoungBoy.

Arcola wrote, “The only reason I let Kaell go the first time was because I didn’t want to appear resentful you know.” “He also needed to know who his father was, but I tried and that was thrown out the window.”

YoungBoy allegedly wrote, “Ion know what type of internet games you playing but I don’t owe you s**t and I ain’t even want no baby with you.” “I told you I wouldn’t, but I took responsibility.” Y’all ain’t woman enough or capable to get on y’all sh*t, so come for some s*t I earned and risked my life for.”

He also tells Arcola that their son would be picked up in the morning.

Arcola and Her Day-to-Day Work

Arcola recently revealed to her social media followers why she continues to work a regular job. Kentrell’s mother stated that the financial burden of caring for their son is shared by both parents, not just Kentrell.

“So I can’t work because my son’s father has money?” Right now, I could call him for anything I wanted. For me, working is a choice. We’re both parents, so why would I just let him take care of my son? In my opinion, that’s equivalent to cheating on a test.

I’ll take care of my son in any way I can. If that man left right now, I’d be able to take care of my son without having to work. What the f*ck are you talking about? I’m a parent, and I have money. He may have more money than I do, but he isn’t the only one.”

Be the first to comment on "Arcola, the mother of NBA YoungBoy’s child, exchanges heated words online" 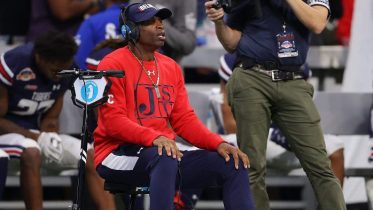 During the 2021 season, Deion Sanders discusses how blood clots lead to toe amputation in a docuseries. During the season, the Jackson State coach needed…

Why this summer, Lori Harvey is in a “Really Good Space”