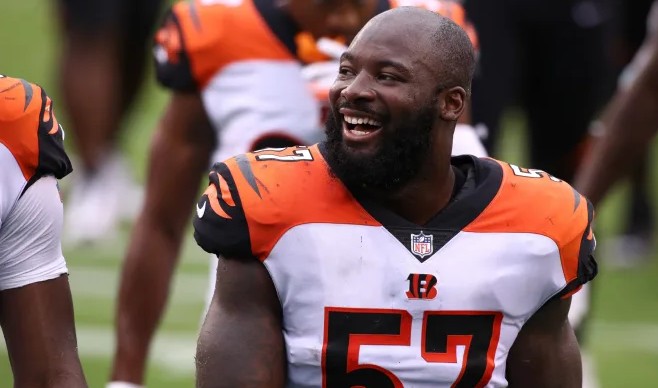 Bengals’ Playing Style Germaine Pratt uses R&B to establish his defensive groove. Pratt will prepare for Cincinnati’s game against Tennessee by listening to slow jams as he has done since high school.

On Saturday mornings, Germaine Pratt didn’t need an alarm clock because his mother would wake him up to the soulful sounds of Mary J. Blige or the rhythmic beats of Boyz II Men while she cleaned the house.

Pratt, a third-year linebacker with the Cincinnati Bengals, stated, “That’s where my love for slow jams and old-school R&B began.” “I should’ve helped my mother clean as well, but I was engrossed in her music.”

Part of Pratt’s success on the field can be attributed to an early introduction to love ballads. His late interception sealed the AFC wild-card victory over the Las Vegas Raiders on Jan. 15. The Bengals have not won a postseason game since 1991.

Pratt helped the Bengals progress to Saturday’s divisional-round meeting in Nashville against the top-seeded Tennessee Titans.

Pratt said of his game-winning interception in the dying seconds, “I didn’t feel numb or [overly pleased] because I prepared for the moment all offseason.” “If you mentally prepare yourself to make the play, you’ll be ready when it happens.”

‘You can’t be all pumped up and rah-rah all of the time.’ My music helps me relax.’

Pratt credits his preparation for making the Bengals’ biggest play of the season, but he also credits his love of music.

For weekend warriors and professional sportsmen alike, listening to music before games are nothing new. The bass in any clubhouse or locker room is loud enough to rattle the lockers. Players are frequently seen bobbing their heads while warming up on the field or court while wearing headphones or earphones.

“Listening to music before games undoubtedly helps,” said Randy Bonnette, chair of the kinesiology department at Texas A&M-Corpus Christi and a researcher on the issue. “Athletes find it encouraging.”

Pratt prepares for the game by listening to Patti LaBelle or The Spinners from the 1970s.

“You can’t always be pumped up or rah-rah,” Pratt explained. “My music helps me relax.”

An athlete can slow things down in a variety of ways, and that preparation may or may not match the athlete’s personality. For example, former All-Pro NFL defensive tackle Rosey Grier had a needlepoint pastime, so Bonnette isn’t surprised by Pratt’s affinity for old-school love ballads.

“You don’t want to be so pumped up that you lose track of your keys or go 100 miles per hour in the wrong direction,” Bonnette cautioned. “In the movie For Love of the Game, Kevin Costner’s character would say to himself, ‘Clear the mechanism,’ and when he threw the baseball, everything became silent for him.”

“I’m sure Pratt’s music clears his mechanism, and he goes through everything he did all week and goes out and does his job, even though football is so violent.”

‘I was always trying to persuade [Pratt] that there’s more to music.’

Pratt’s music collection increased while he was a defensive back and wide receiver at High Point Central High School in North Carolina. He and a teammate would hitch a ride home with assistant coach James McLean after each session. Those drives would involve discussions about football, but McLean’s enormous old-school R&B collection, which played continuously over the car speakers… especially the love ballads… would often lead to music.

“They’d always tell me that there were all guys in the car, and why did I have to play love songs?” McLean explained. “However, if you’re riding with me, I’ll control the music,” she says.

Pratt grew to admire McLean’s musical taste. Teddy Pendergrass, Peabo Bryson, The Temptations, and Gladys Knight all had songs on the playlist.

“They started asking, ‘Who is that, coach? What is the name of that song? Let me check out that CD,'” McLean explained. “I was always trying to persuade [Pratt] that music is more than just music. It’s emotional, and it aids in problem-solving.”

Pratt’s profound study of lyrics grew in tandem with his old-school respect.

“I appreciate old-school R&B lyrics because of how the artists talk about what they’re going through or about their relationships,” Pratt remarked. “Sometimes, especially when it comes to ladies, their lyrics reflect what you’re going through at the time.”

Pratt was drafted by the Bengals in the third round of the 2019 NFL Draft out of North Carolina State. He was promoted to starter midway through that season and has been among the team’s tackle leaders for the past two seasons.

Pratt became the first Bengals linebacker in nearly two decades to have multiple forced fumbles and recoveries in the same season. In Week 15, Pratt had the most productive game of his career, recording a career-high 15 tackles, the most by a Bengals player since 2018, and half a sack against the Denver Broncos.

The Bengals’ resurgence after five consecutive sub-.500 seasons was aided by Pratt’s game-winning effort against the Raiders.

“You always want to discover that brighter light because it’s always brighter at the end of the tunnel,” Pratt said after all of his adversity. “So we’ve found that light, and we’re turning it on, and we’re altering the culture here.” We’re attempting to improve and create.”

Pratt’s preparation has played a key role in the Bengals reaching the divisional round for the first time since the 1990 season, a moment the linebacker doesn’t mind reminiscing about. The music that got the Bengals going 32 years ago maybe the same music that gets Pratt moving in 2022.

Pratt believes that “every man should have a romantic side.” “You should always have something smooth on hand, especially when it’s raining.” To slow it down, you’ll need a little slow jam.” 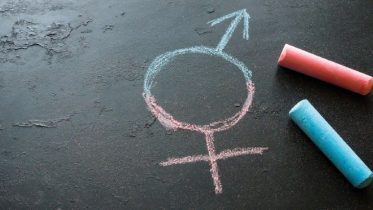 Three major hurdles to transgender persons getting primary healthcare in a friendly environment are identified in a new study. Despite having more chronic diseases, transgender…