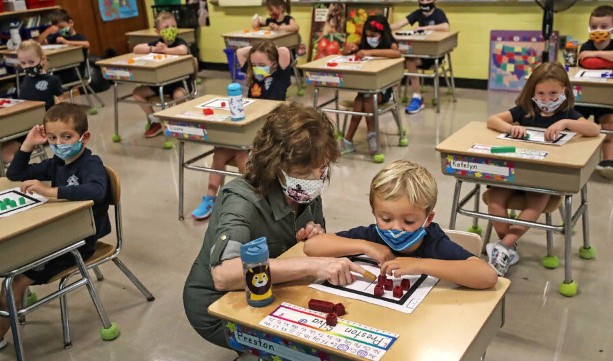 The divide between fanatical Covid precautions and a mask-free existence isn’t simply drawn between red and blue America, or between places that went for Joe Biden and those that opted for Donald Trump.

As Park MacDougald pointed out in a recent essay for the online magazine UnHerd, if you live in New York City, you can travel the short distance from the posher parts of Brooklyn to where he lives in Queens and experience two completely different realities — passing from a world of ubiquitous N95s and careful checking of vaccine cards to a world where masking is maybe a 50% proposition and the vaccine-pass rules aren’t enforced outside of hipster establishments.

This has been my experience in Connecticut as well. People in New Haven’s Yale-adjacent districts appear to be more cautious about masking now than at any previous time throughout the pandemic and are more likely to have switched in cloth for the surgical fit.

However, if you drive a little distance inland, eat at a seaside restaurant, or simply wander through one of New Haven’s poorer areas, masks fade and occasionally vanish, and the world looks virtually exactly as it did in January 2020.

Throughout the pandemic, there has been a fear among conservatives and libertarians — as well as the ragged remains of the civil-libertarian left — that the measures taken to combat Covid would become the foundation for a creeping biomedical surveillance regime, a system of public-health restrictions aimed at anti-vaxxers but easily generalized to other forms of behavior deemed unhealthy or antisocial, with something akin to China’s social credit system serving as the ultimatum

The harshness of Covid limitations, as well as their computerized implementation, has given these fears a considerable potency in areas of Europe and Australia. Since the initial lockdowns were lifted in the summer of 2020, however, something peculiar has happened in the United States.

We have a Covid surveillance regime, but it isn’t one that is forced on the vast majority of Americans by a small handful of technocrats. Rather, it’s a regime imposed by the elites on themselves (and, of course, their servants), in which the highly educated and vaccinated are more likely to carry identity papers and self-police, whereas less-vaccinated populations in the outskirts of New York City or the New England suburbs (let alone in Arkansas or Alabama) are frequently left to their own devices.

And to travel back and forth between these two realms, which are only a subway trip or a short highway drive apart, is to understand not the ever-expanding impact of Faucian technocracy, but the perceptible limits of its power, at least for the time being.

With one important exception: public schools, where statewide school-mask laws in states like New York and Connecticut have kept children hidden in communities where the public-health regime has little traction.

However, because children are among the lowest-risk groups, this expansion of power merely emphasizes the oddity of the entire dynamic: the one place where the professional class can impose its public-health views is simultaneously the place where it is most likely to have little impact.

All of this strangeness isn’t just fascinating to watch; it’s also crucial to comprehending the landscape of pandemic policy debate as Omicron fades. One of the most important divisions over Covid policy in the next months is likely to be within the Democratic coalition, rather than between right and left.

And the question of whether and when to lift school masking is likely to be a major flashpoint, with some voices (in this newspaper, The Atlantic, NPR) already advocating for a quick end to the policy, while others (public health caution, bureaucratic inertia) work to keep it in place at least until the summer. (And then, if another troubling variety appears in the fall and beyond…)

These clashes have two major ramifications. First, they risk exacerbating the dynamics that have already caused political problems for Democrats in states such as Virginia and New Jersey: the alienation of inner-circle liberalism, with its advanced degrees and N95s, from swing constituencies who may be more like “vaccinated and done” when it comes to the pandemic.

Second, they threaten an inversion of the scenario that conservatives fear: a retreat of elite institutions and communities into a safety-obsessed culture that is more insular, virtually mediated, and unhappier than the society they aspire to lead, rather than the extension of liberalism’s power under the guise of public health.

A cynical Republican politician should be rooting for this scenario: an environment of abnormality in liberalism’s citadels that persists even after Covid becomes endemic, prompting normal people to look for their leaders elsewhere.

However, as a conservative in liberal America, I fervently hope that my community takes a different decision.

Be the first to comment on "Is a Mask Debate Going to Divide Blue States?" 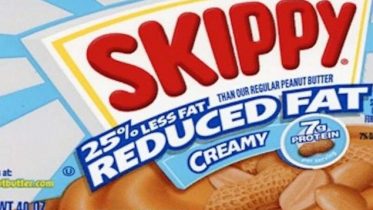