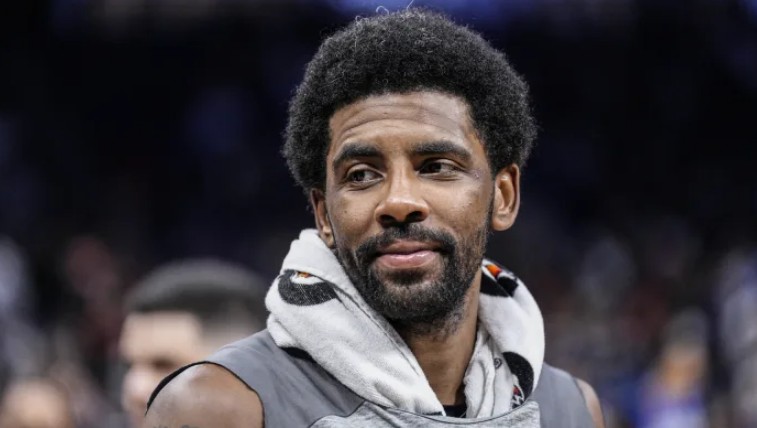 In New York City, Kyrie Irving successfully stopped the vaccine clock. The fact that the Nets star outlasted New York’s workplace vaccine mandate isn’t terrific. But, at this time, why was he missing games?

Kyrie Irving sauntered into Barclays Center in Brooklyn, New York, waving at his teammates and fans on his way to his courtside seat like an unashamed aunt late for a middle school graduation earlier this month.

The idea of an NBA player having to buy tickets to see his own team play exemplified the COVID-19 protocols’ perplexing and backward condition.

Irving was ruled ineligible to participate in the March 13 game against the New York Knicks, as well as any other games in New York or Toronto, due to his unwillingness to be immunized, which is required to play in both cities. New York City mayor Eric Adams exempted sportsmen and performers from the city’s workplace immunization rule with immediate effect on Thursday, allowing Irving to play in home games once again.

Irving’s refusal to be vaccinated under the previous mandate caused him to miss more than half of his team’s games (Brooklyn is 30-23 without Irving and 8-12 with him), alienated teammate James Harden to the point where he left the Nets and traveled all the way to Philadelphia, and put the Nets, who started the season as an NBA Finals favorite, on a collision course with the play-in tournament.

While Irving has shied away from his social responsibility to get vaccinated and assist bring a two-year pandemic to an end, the change in regulations and processes has defanged New York’s public health responsibility.

Why was Irving not permitted to play if the city of New York doesn’t seem to take COVID-19 seriously?

During the Knicks game, Irving’s former teammate LeBron James, who is an inadequate ambassador for anything COVID-19-related, tweeted that Irving’s exclusion from home games makes “ABSOLUTELY ZERO SENSE.”

And James was completely correct. The standards and restrictions make little sense if spectators and visiting players are allowed to enter New York without being vaccinated and/or wearing masks, yet Irving is not allowed to play or sit on the team’s bench.

But don’t take this the wrong way. Irving should be compelled to be vaccinated against a disease that has claimed the lives of over 975,000 people in the United States. He should be barred from playing in games until he gets the shot that 97 percent of the league has gotten.However, as a result of the compromises made by New York City in recent weeks, we now live in a society that values convenience over public safety.

That’s what Nets forward Kevin Durant said after the Knicks game, accusing Adams of just seeking “some attention” by refusing to relax the private company restriction that keeps Irving out of the league (Durant later backtracked on his comments).

Durant, on the other hand, misdirected his rage. Irving is the one who craves attention.

Two summers ago, Irving made a big deal about not playing in the bubble two summers ago to draw attention to the protest movement, but he has willingly played since then, despite the fact that the issue of police violence has not been rectified.

Irving is the one who turns fundamental things into spectacles, such as burning sage to cleanse the court at the Boston Celtics’ arena, which was triggered by Irving’s own bad vibes.

Irving was the one who went on Instagram Live last autumn and rambled for 20 minutes about how he doesn’t understand how he’s become the star of his own film, despite the fact that he was the one who didn’t get the shot while practically every other player in the league did. And it was Irving who, when asked about his role in his inability to play in home games, said, “I don’t feel any guilt.”

That is the anti-vaccination philosophy: focus on yourself as a victim while denying personal responsibility.

His excuses for not getting the shot were as shaky as his grips. He most likely received shots in the past in order to attend K-12 in New Jersey or immigrate to the United States from Australia. He hasn’t said he’s allergic to any of the vaccine’s ingredients or that he’s a toddler, like Green Bay Packers quarterback Aaron Rodgers.

He has stated that his hesitation stems from a desire to show unity with individuals who have lost their employment as a result of vaccine mandates. Most of New York City’s vaccine and mask rules were withdrawn two weeks ago, while many other cities’ limitations were lifted weeks or months prior—or never had work requirements in the first place.

But it’s also about his being “placed in an F’d-up predicament” because he was denied an exemption to participate in home games. Alternatively, he may choose to remain unvaccinated since “this is about my life and what I choose to do.” It’s also possible that he “cares about the globe.”

Apparently not enough to get a vaccine that 6-year-olds are eligible for.

All of this being stated, we must all abandon the act. Despite the fact that America is on the verge of losing a million lives to COVID-19, more than 1,000 people die from the disease every day, and we’re still dealing with the effects of a two-year pandemic’s rampant widening of wealth inequality, many Americans have already decided that the pandemic is over.

What’s the point if vaccine and mask restrictions are abolished in some places, capacity limits are removed, and mass congregating isn’t discouraged? Rules that aren’t followed are just suggestions.

Irving and the anti-vaccination crowd have triumphed. The unvaccinated dragged out the clock until they were no longer required to take the shot, no matter how many jobs or how much money it cost them, like a high school basketball team up late in the last period.

They rode on the backs of the vaccinated all the way to the finish line, whining and breaking any and all health rules they came across. (On March 13, Irving was not wearing a mask when sitting courtside.)

Some anti-vaccination believers believe that the vaccine will steal your DNA or kill you, but the vaccinated were brave enough to take that alleged risk for a variety of reasons, including to protect themselves, their loved ones, a sense of community responsibility, or simply a desire to sit inside at Red Lobster once more.

Irving once compared himself to Muhammad Ali in terms of his willingness to put his career on the line for his principles. Irving didn’t take any risks other than a few game checks, and the Nets helped Irving by letting him play part-time this season after they changed their mind.

Would allowing the unvaccinated to roam free jeopardize all of the life-saving measures put in place over the last two years? Of course, states have also lifted prohibitions, with some stating that they will do so as early as April 2020.

It has also been controversial to let people like Irving into crowded arenas when they aren’t allowed to play.

How can one accuse Irving of doing the same when a part of America had given up on the pandemic long ago? Either every fan in an arena is vaccinated, masked, and appropriately separated from strangers, or none of them is.

Policies like the ones in place in New York were intended to encourage — some would say force — people to get vaccinated, but they became toothless when the unvaccinated could simply choose not to participate and still enjoy the same freedoms as those who did.

Irving’s ability to consistently score 50 to 60 points, like he did in two games in March, is reason enough to want to see him in as many games as possible. It’s bad that he avoided accountability by refusing to get immunized the entire time.

New York, on the other hand, has been equally careless in keeping its end of the bargain. Irving should have been allowed to play, not because of basketball, but because the laws were put in place for reasons other than New Yorkers’ health.

What’s the worst that could happen? I could have asked That question, however, has already been addressed.

Martenzie Johnson is an Andscape senior writer. “Y’all want to see something?” Django remarked on his favorite film moment. 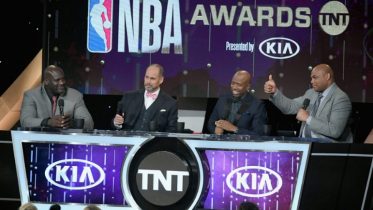 The postseason has begun, and the league has officially announced the finalists for all of the NBA awards for 2022. The winners will be announced…