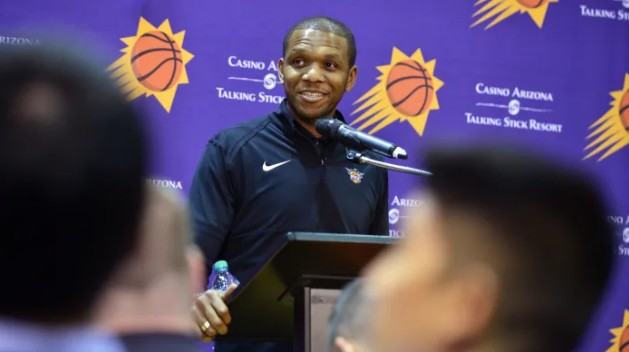 James Jones, the general manager of the Phoenix Suns, has agreed to a multi-year contract extension. Jones, a pivotal component in Phoenix’s comeback, is thrilled to be a part of Black sports executives’ progress.

General manager James Jones has agreed to a multi-year contract extension with the Phoenix Suns, he confirmed to The Undefeated.

Jones joined the Suns as vice president of basketball operations in 2017 and was later promoted to interim general manager before being named permanent general manager in 2019. Jones hired Monty Williams, the NBCA Coach of the Year last season, during his tenure.

He also acquired and re-signed All-Star player Chris Paul as part of a rebuilding effort that saw the team reach the NBA Finals in 2021 and finish the season with an NBA-best 37-9 record.

Jones remarked of the contract extension with The Undefeated, “I’m really blessed and extremely glad to be a part of it.” “Being a member of a team like this, with some of the top pros from all sports, is more than I could have ever imagined.”

And having the kind of success we’re enjoying is a lot of pleasure. When you first start this position, you have no idea what to expect; you hear stories about what it looks like, what the profession entails, and the trajectory of a front-office or organizational career.”

In the middle of the NBA’s investigation into the Suns and majority owner Robert Sarver’s conduct, Jones, one of 11 Black general managers in the league, consented to the deal. Following the publication of a report by ESPN on Nov. 4, 2021, based on interviews with more than 70 current and former Suns employees who detailed a sometimes toxic and hostile environment of racism and misogyny during Sarver’s 17-year tenure in Phoenix, the league has launched an inquiry.

Sarver has stated that he would back any league investigation into the allegations leveled against him. “None of what’s been mentioned describes the Robert Sarver I know, respect, and like – it just doesn’t,” Jones said in a statement after the ESPN report was released.

The Sarver probe “didn’t give me pause” in accepting the contract extension with the Suns, Jones told The Undefeated.

“This organization, business, and basketball, it’s good,” Jones said of the extension during the Sarver inquiry. The talent and people here are incredible. I work with a fantastic team not only on the basketball court but also, and sometimes even more so, in the business world.

We’re the Suns, after all. This is for your enjoyment. You don’t do what we do in a vacuum, either. That’s something I tell people all the time: you can’t do this alone; it requires everyone.

“And that makes working, coming to work every day interesting if you have the appropriate mix of people if you have common goals and are aligned.” For everyone engaged, it’s a fantastic experience. So far, that’s been my experience since I arrived. It’s been fantastic.”

During the Western Conference finals last season, Jones was voted NBA Executive of the Year. Jones accepted the prize but declined to be interviewed for the duration of the NBA playoffs, preferring to keep the spotlight on his players.

Jones later described his prize as a “team award” and explained why he wished to keep it quiet.

Jones explained, “I’ve always been a part of great teams, and I don’t take myself too seriously.” “The franchise, the players, the coaches, the staff, the entire Suns squad, they made me look good with that honor.” I was given credit for their efforts. If they don’t win games or perform well at a high level, the personnel decisions we make, as well as the personnel decisions we make with our personnel, don’t work out.

Jones and Williams were the only African-American general manager-head coach tandem in the league at the start of the 2019-20 season. There are now seven such teams, including Koby Altman and J.B. Bickerstaff of the Cleveland Cavaliers, Rafael Stone and Stephen Silas of the Houston Rockets,

Troy Weaver and Dwane Casey of the Detroit Pistons, Nico Harrison and Jason Kidd of the Dallas Mavericks, Trajan Langdon and Willie Green of the New Orleans Pelicans, and Elton Brand and Doc Rivers of the Philadelphia 76ers.

Devin Booker and Deandre Ayton, both Suns players, have stated that having an African American coach and general manager who has also played in the NBA means a lot to them. Jones is delighted to have contributed to the advancement of Black sports leaders and hopes for more.

“It’s a lot better now.” It’s gotten better, and it’ll keep getting better and evolving, with more diversity in that space,” Jones added. “It’s great just to be a part of that group.” There are only so many of those spaces, so many of those positions in the league, and to be able to fill them and be a part of it is something amazing. It’s not something I take for granted. When I think about it, it’s almost surreal. It’s the kind of thing where you don’t think about it until you have to.”

Jones, who was the Indiana Pacers’ 49th overall choice in the 2003 NBA draft and had a 14-year playing career, said he is still learning new things in his new role.

Jones explained, “I just try to sit back and observe, and give an impartial view on what we do.” “However, I still have a long way to go because the league, and the talent here, are expanding at a rapid pace.” It’s a new game, and the game is changing as well as the fans. As a result, I’m continually striving to better.”

“One thing I say a lot internally is that experience can sometimes be the enemy of growth,” he continued. And, following that attitude, I believe I should just sit back, listen, and watch, rather than relying on my own experiences as a player, because I don’t want to be overweight.

I try not to put too much emphasis on my playing experiences. I try to value my coaches’, players’, current coaches’, and current players’ experiences since they are the ones who are playing this game.”

The anguish of the Suns losing in the NBA Finals to the Milwaukee Bucks in 2021 will “burn forever, it’ll never go away,” Jones added. However, the Suns of today appear to be better and more confident than they were last season, and they have a chance to return to the Finals.

Jones said of fighting for a championship, “That’s the dream, but we know it’s a long path.” “More than anything, it’s taught us to value each day.”

That’s where our delight comes from because every day we get an opportunity to compete and try to develop the resiliency, habits, and capacity to win a championship. It doesn’t imply we’ll win, but we know we’ll have a shot if we do what we need to do. And that’s the most we can hope for.”

Be the first to comment on "James Jones, the general manager of the Phoenix Suns, has agreed to a multi-year…" 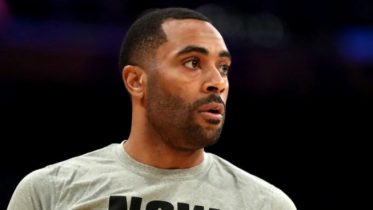