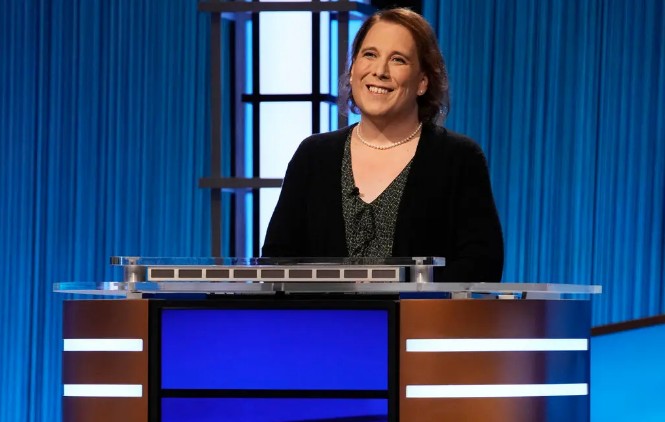 The truth is that this type of action enrages those who oppose progress for trans and nonbinary people.

Amy Schneider, an engineering manager from Oakland, Calif., became the most successful woman in “Jeopardy!” history in late December — and then she continued winning. She recently became the first woman in the history of the game show’s regular season to win more than $1 million.

In December, Ms. Schneider tweeted that she was “proud, disoriented, thrilled, numb, all those things.”

Ms. Schneider began to talk publicly about another component of her identity around halfway through her winning streak. “I’m a trans woman, and I’m proud of it,” she wrote on Twitter, “but I’m also a lot of other things!” She invited her new followers to donate to charities that aid trans people in need, such as the Trans Lifeline and the Transgender Law Center, for the holidays.

Unfortunately, but not surprisingly, Ms. Schneider’s trans pride awoke a slew of reactionary pundits who tried to stifle her excitement by claiming she hadn’t won the “most consecutive victories by a woman.” Their sexist remarks aren’t worth repeating, but the gist of it was that Ms. Schneider’s great accomplishments weren’t a success for women. That is, of course, due to their insistence that she is not a woman at all.

This debate over a trans woman winning one of America’s longest-running game shows, like other trans success stories, isn’t about Ms. Schneider or the milestones she’s established. It has nothing to do with women’s rights or biology. It’s about how frightening any shift toward openness and tolerance is to some Americans. It’s about their refusal to embrace the fact that being trans isn’t as radical as it once was. What’s more widespread than “Jeopardy!” after all?

To keep trans people on the periphery of society, living in a gender netherworld, is to declare that trans people aren’t Americans. Gender diversity is acceptable only in the domains of performance and parody, such as a comedy laugh line or someone dressed as a clown. Remember when Rudy Giuliani went to a charity dinner dressed as “Rudia”? All in good fun, of course! (Yes, I am aware that drag is an art form that has provided an outlet and a lifeline for a large number of L.G.B.T. individuals.)

However, trans persons must not attempt to be anything other than a laugh line. Was it Rachel Levine’s long background as a public health advocate that irritated Rand Paul so much that he became combative during her Senate confirmation hearings for assistant secretary of health?

Sure, Senator Paul used Admiral Levine’s campaign as an opportunity to speak out against what he regarded as the dangers of delivering gender-confirming medical care to trans kids. Admiral Levine’s greatest offence, I believe, was having the audacity to exist without shame in the first place.

Similarly, it’s unlikely that Donald Trump had trans service members’ patriotism or combat preparedness in mind when he issued his edict barring trans persons from serving in the military. It was more than likely the thought that these heroes had the audacity to be both valiant and prominent.

It’s worth noting that normalcy as a goal for anyone is, at best, doubtful. I know a lot of trans and nonbinary persons whose entire identities are entwined with the idea of transgression, with the rejection of the constraints imposed by the gender binary. Allowing a diverse range of perspectives to exist in the world appears to be a great approach to liberate individuals.

Kate Bornstein, a great friend of mine, titled her memoir “Gender Outlaw” in 1994. She and I have had many passionate disagreements over gender and if being trans requires us to become “outlaws” in the years since then. I inform her that I am an outlaw, but not because I am trans. I’m an outlaw because I’m a Deadhead in a world that celebrates Justin Bieber; I’m an outlaw because I seek knowledge in a culture that glorifies ignorance.

Being trans is an important part of who I am, but it does not make me a criminal. Being trans is, in the end, sort of dull for me. I’m certainly not normal — whatever that term means — but my gender identity has little to do with my status as an exception. “The truth is, I don’t think about being trans all that frequently,” Ms. Schneider tweeted. I wanted to authentically express that aspect of my identity; it’s essential, but it’s also minor.”

As the expression goes, “normal” is just a dryer setting.

It’s possible that what many social conservatives dread the most is that allowing trans individuals to participate in everyday American society will change the idea of what it means to be mainstream. Fitting in has nothing to do with being well.

And the response is: This is the best reason to just be yourself, as long (but perhaps incorrectly) credited to Oscar Wilde.

“Everyone else is already taken” means what?

Be the first to comment on "On ‘Jeopardy!,’ a woman won over $1 million, and she happens to be trans" 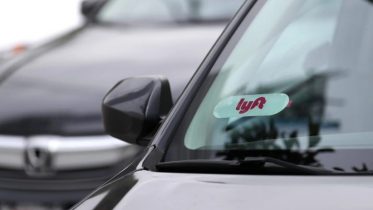