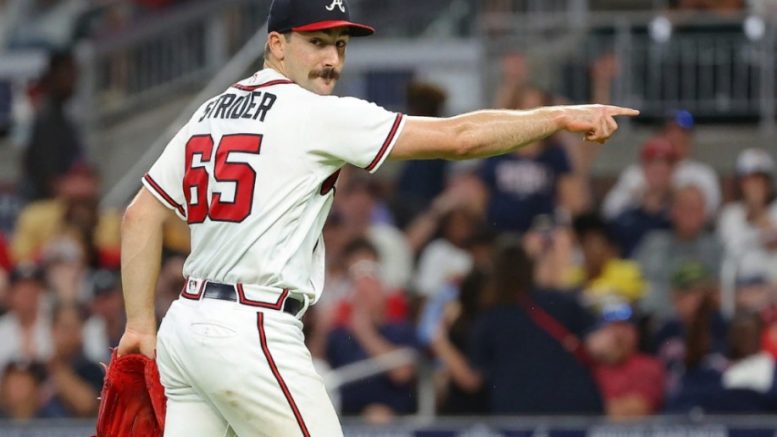 Everyone who witnessed Spencer Strider’s record-breaking performance for the Atlanta Braves on the mound was in awe.

Spencer Strider, a right-hander for the Atlanta Braves, struck out the Colorado Rockies on Thursday.

In his strongest start as a professional, Strider went eight innings while striking out a franchise-high 16 Rockies.

The hall-of-fame fireballer John Smoltz was the one whose record Stache N Gas broke. You know you’re pitching well when you’re shattering franchise records that John Smoltz once held. Strider is one of the rookie sensations in Atlanta.

Here are all of the strikeouts that Strider registered for the Braves against Colorado on Thursday.

What has made Strider borderline unhittable at times are his combination of 100-plus heat coming from a lower release point than most hitters are accustomed to seeing, as well as the hard bite on his late-breaking slider.

While he may have to develop a third pitch at some point, he has had tremendous command of both since moving from the bullpen to the rotation in late May.

The ball comes out of The Quadfather’s hand effortlessly. At 23-years-old, Strider seems to have mastered the mechanics of being a power pitcher with precession.

He may be Atlanta’s feel-good hit of the summer, but all the work and preparation that goes into his incredibly efficient delivery to the plate cannot be overstated. Just look at him showing Peter Moylan how to properly stretch.

While Strider is my totally biased pick for the next pitcher to throw a perfect game, even he believes he can do the impossible.

Strider previously told the Pitching Ninja Rob Friedman that he thinks he can pitch a perfect game on only 81 pitches. That means 27 punch outs on 81 strikes. This is why the legend of Strider continues to grow by the nanosecond. Stache N Gas forever!

For all of us who have listening to The Strokes’ discography on infinite repeat and have been growing out our musstaches, we wouldn’t have it any other way.

Perhaps the best part in Strider’s rise to national prominence is that he seems to take tremendous pride in proving his doubters wrong. Everybody who said he could only be a relief pitcher are in a place that is hard to explain…

“Yeah, the night’s not over, you’re not trying hard enough,” as Strider strikes out the side yet again. 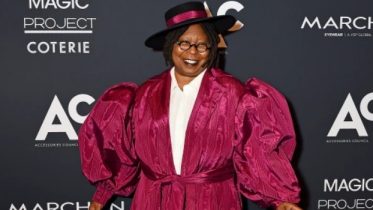 Whoopi Goldberg is suspended from ‘The View’ for two weeks after making a Holocaust statement. Kim Godwin, the president of ABC, stated on Tuesday night…