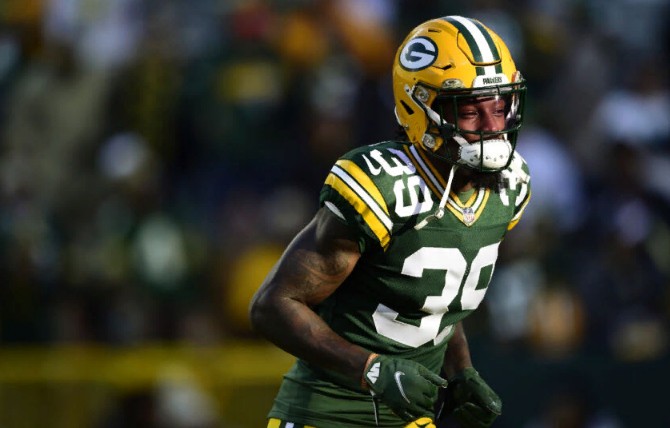 On joining the Vikings as a former Packers cornerback, he said, “I’m not a traitor.”

Cornerback Chandon Sullivan has been slammed by Packers fans after accepting a new contract with the Minnesota Vikings.

Chandon is a cornerback. Sullivan surprised a lot of folks this week by agreeing to a new contract with the Minnesota Vikings. Sullivan had spent the previous three seasons with the Green Bay Packers, starting 10 games last season.

Sullivan will now play for one of Green Bay’s fiercest rivals. Packers fans aren’t happy with the defensive back, and they’ve been slamming him on social media. Over the weekend, Sullivan defended himself, reminding everyone who was furious with him that he was not a traitor.

Packers fans, according to Chandon Sullivan, should get off his back

According to the remark above, Sullivan wanted to return to the team, but he and general manager Brian Gutekunst couldn’t agree on anything. As a result, Sullivan had a lot of free agency offers, and he thought that moving to Minnesota was the best thing for his career.

That’s difficult to comprehend for Green Bay fans, who have had a difficult offseason thus far. While Aaron Rodgers has signed a multi-year contract extension, many people are still surprised that Davante Adams will not be catching passes from him next season.

Adams was dealt to the Raiders of Las Vegas in one of the most significant trades of the year. The loss of Adams will be devastating to the offense, as replacing an All-Pro talent like him will be difficult. The news of Sullivan’s signing with the Vikings has given the fanbase an extra jolt.

He has no animosity towards the franchise, but it appears that when the Vikings visit Lambeau Field this season, Packers supporters will be ready to boo him loudly.