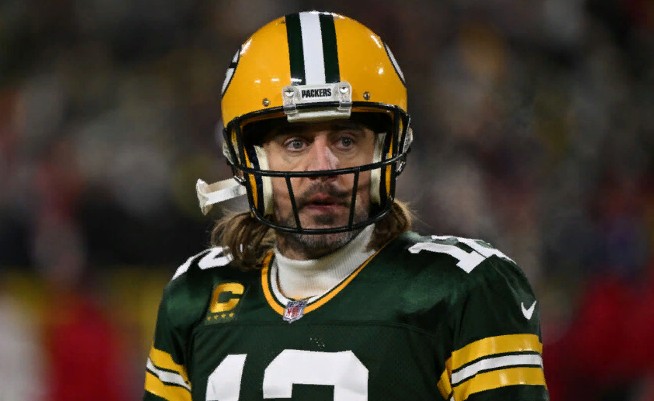 What a new contract for Aaron Rodgers to stay with the Packers would look like.

Aaron Rodgers is not a free agent, but the Green Bay Packers quarterback is expected to sign a new contract as he considers his options.

If Aaron Rodgers chooses to stay in Green Bay, he could be on the verge of signing a record-breaking contract.

Rodgers will not receive a contract as long or as lucrative as Kansas City Chiefs quarterback Patrick Mahomes earned a few years ago, but his average annual compensation might reach $50 million.

Rodgers has been tight-lipped about his future for the past two offseasons, but he has the upper hand. Green Bay isn’t ready to hand the franchise back to Jordan Love just yet, so he’ll have to wait while he and the teamwork out a new deal.

“Nothing has been done,” Ian Rapoport stated on NFL Total Access. “But they are having negotiations.”

“They’re negotiating to have a contract ready to go, hopefully for them, if and when Aaron Rodgers decides definitely and definitively that he wants to return.”

Rodgers understands how important it is for the Packers to keep their Super Bowl window open. He also understands that the only team he’s ever known has the best chance of winning the Super Bowl.

What could Aaron Rodgers’ new contract look like if he wants to stay with the Packers?

Rodgers will aspire to be the NFL’s highest-paid player. Josh Allen, the quarterback for the Buffalo Bills, will earn $47 million next season. Rodgers will demand a nice round of $50 million base pay for 2022, and he’ll dig his cleats into the grass to ensure he gets it.

The Packers will want some assurance that they will not have to repeat this dance next season. A two-year agreement worth $100 million would provide Rodgers with the certainty he needs to end his evasiveness regarding his future and devotion to Green Bay.

Financially committing to Rodgers, who is set to earn a base salary of $26 million, the seventh-highest in the NFL, will take up a large percentage of the salary cap, but he’s worth it.

“Obviously, everything revolves around the quarterback around here.” On Feb. 23, Packers general manager Brian Gutekunst remarked, “That’s kind of how we do things.”

“It’s a substantial piece.” It’s a domino that needs to fall before we can go on to the next step. As we go through this and the puzzle parts that we need to slot together, it’s critical. That’ll be the first to go.”

Will Rodgers give up a portion of his $50 million asking price to ensure that free agent Davante Adams gets a piece of the pie and returns to Green Bay?

Yes, without a doubt. But don’t expect him to do what Tom Brady has done in the past and accept a pay cut to ensure that others are compensated to contend for a Super Bowl.

Rodgers is approaching the end of his Hall of Fame career and wants to cash in while he still has the opportunity.

The Packers can keep renegotiating old contracts in order to free up as much salary cap space as possible. They might have to make some tough decisions they don’t want to make.

They may not be able to afford high-priced free agents, despite the fact that they are normally big spenders in free agency. However, they will have to make some wise draft picks and hope that players on rookie contracts, such as Rashan Gary, continue to grow.

If the Packers lack the financial means or the desire to give Rodgers what he wants, he can simply retire and walk away from $26 million, daring them to start the Love era.

Or, in the more likely scenario, he may hold out and demand a trade, stockpiling draft picks ahead of April’s draft and starting the rebuild without one of the greatest quarterbacks in NFL history. 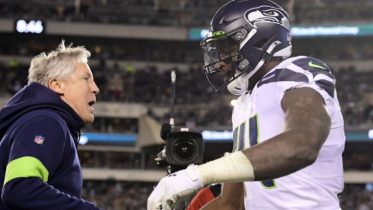 Pete Carroll hinted that the Seahawks might trade DK Metcalf