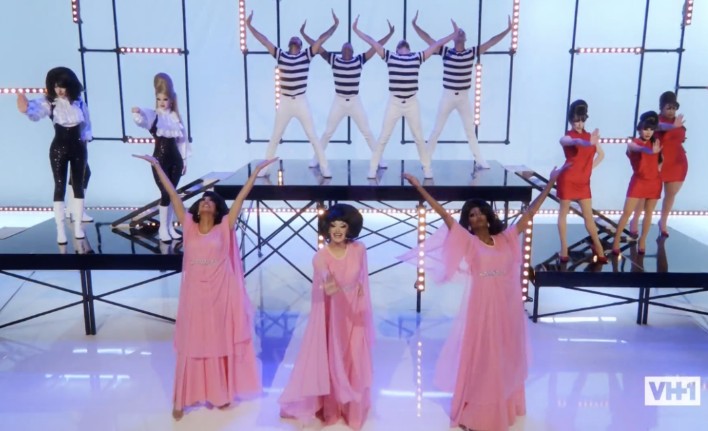 Fans of RuPaul’s Drag Race, greetings! After a little hiatus, we’re back to recap this week’s musical episode, which featured the return of a beloved mini-challenge and plenty of heart on the runway.

After Lady Camden and Daya Betty’s double shantay/lip sync for the win, we open the show (which was a lot of fun.) Lady Camden has a new lease on life following her first victory, and Daya Betty has been “relit” – but now it’s Jasmine Kennedie’s turn to be enraged, claiming that Daya should not have been in the top two.

Jasmine, on the other hand, is relieved that she was able to announce her gender identity during a dramatic scene. Untuck and remove the weight from her chest, but she was concerned about her father’s reaction. Even though she claims she’ll clean the floor with her competition, Kerri Colby said she was touched and reminded that drag is a family (and we know how that usually turns out).

Ru enters the workroom the next day and says that the library is open for the yearly reading challenge, which this cast does not disappoint. Lady Camden writes the most elegant passages, describing Jorgeous as a “beautiful little waste…of time.”

Gorgeous claims that Jasmine is proof that “white do crack,” Willow refers to Jorgeous as “Serena Cha Cha,” and Jasmine receives crickets. Bosco, who claimed she had been waiting for this all season and was “born for” this task, proved it and took home the “W.” (Lady Camden also got props).

Ru’s major goal is to board the Drag Race time machine and travel back to 1964 to pay homage to the original female groups. The queens split out into three groups in order to create a brand-new “vintage hit.” The Shangri-Las’ “Bad Boy Baby,” the Ru-Nettes’ “He’s My Baby,” and the Ru-Premes’ “Baby is Love” are the songs.

The groups must compose their own verses and choreography as usual, but this time they are given the opportunity to form their own groups. The group’s formation was simple, but there was a lot of wrangling over the songs, with everyone wanting “Bad Boy Baby.”

Michelle served as vocal coach for the teams as they walked into the studio to record. The Ru-Premes took the stage first, and Angeria once again outdid herself, giving us Diana Ross in the house down boots. Kerri was concerned since she appeared to be pitchy. Daya nailed the 60s girl group heartbreaking scream “No! Johnny!”

Ru-Nette Deja is hesitant, but her pipes impress Michelle. Jasmine believes she has been concealing her talent (and I believe she is correct). Jorgeous, on the other hand, has a voice like nails on a chalkboard, and she can’t seem to get the wording right. We’ll have to wait and watch how this plays out.

In terms of choreography, Deja is a talented dancer who also coaches her squad. Jasmine is dressed like a cheerleader. As Deja goes into full “cheer coach for kids” mode, you can see Jorgeous and Jasmine’s displeasure rise.

Willow, who stunned her competitors with her choreo skills, is another hidden gem this week. Lady Camden (who we already know can dance) is attempting to work with her two non-dancing partners by introducing a LOT of “walking and arms.”

A producer misunderstands Angeria and believes she claimed she had “two white feet” rather than “two right feet,” giving us our best confessional moment of the week.

As the queens prepare for elimination day, talk turns to girl groups. Lady Camden claims that the Spice Girls’ message of “female power” prevented her from being bullied.

Kerri said that she was slapped for humming Destiny’s Child’s “Survivor” since she grew up in a home where the Lord was the center of attention and she was unable to listen to secular music. Even though Jasmine and Daya talked about their fight from last week, they still despised each other’s runway outfits.

The groups perform together on the runway, and they all wow the audience. The Shangri-Las were both amusing and flawless. Jorgeous’ lack of singing ability was remedied by having her say her lines, which worked brilliantly and confirmed Deja’s ability to sing. Miss Ross is flawlessly performed by Angeria (but who could be surprised?). This has been my favorite task so far this season as a fan of 1960s music.

This week’s runway theme is “Heart On.” Willow wore a garment made entirely of thongs and underwear that was both fascinating and unusual. With safety pin sleeves and neon colors, Daya Betty brought us “cyber punk love.”

Bosco was dressed all in white and dressed as a “vampiric mistress having a midnight snack,” and she startled the judges when she turned around to display her naked behind (in a heart-shaped cutout.) In a blue wig and a white latex garment with heart-shaped shoulders, Deja offered “anime superhero fantasy.”

Jorgeous was a sex cat with pink feathery wings and a glistening crimson bra and underwear. Angeria broke away from her normal pageant glitter to give us a 60s black and white mod Barbie doll fantasy, while Jasmine channeled Aphrodite, goddess of love, in a stunning red gown. Lady Camden was Cupid struck with her own arrows, and Kerri’s barely-there crimson net dress sported a removable heart. Overall, a pretty good runway.

This week’s safe queens were Willow, Bosco, and Jorgeous. Daya and Deja were both praised for being the group’s standouts. Angeria was also praised for her comprehension of the task and her outstanding tribute to Miss Ross.

Finally, Daya won, while Jasmine and Kerri finished in the bottom two. Toni Braxton’s “Un-Break My Heart (Hex Hector Remix)” was the song they had to lip-sync to. Jasmine unintentionally kicked her shoe off, and Kerri seemed to forget her words in the process. Despite some fantastic moments from both queens, it’s time for Kerri Colby to sashay away.

This week’s MVP is Bosco, who has been one of my favorites since the first episode. Although she was overshadowed by Daya in the girl group challenge, she had so many hilarious moments in this episode that she deserves praise.

Ru stated in her will that she wanted to be buried on the catwalk and that she wanted the other queens to be her pallbearers so they could “let her down on the runway one last time,” which earned her the reading challenge win. She then expressed her gratitude for her “crap talking skills being noticed and appreciated.”

She also suggested she could be a “poet laureate if Drag Race stardom doesn’t work out” as a Shangri-La and came up with some wonderfully dirty lyrics as a Shangri-La. Her daring runway outfit wowed me, and I think she’s incredible.

Until next week, keep in mind that if you can’t love yourself, how can you possibly love someone else? Is there an “amen”? 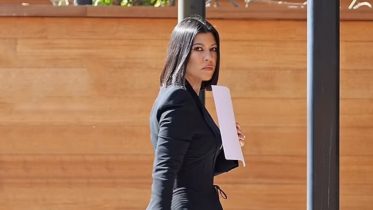 The Importance of Cloud Collaboration in the Evolution of the Workplace