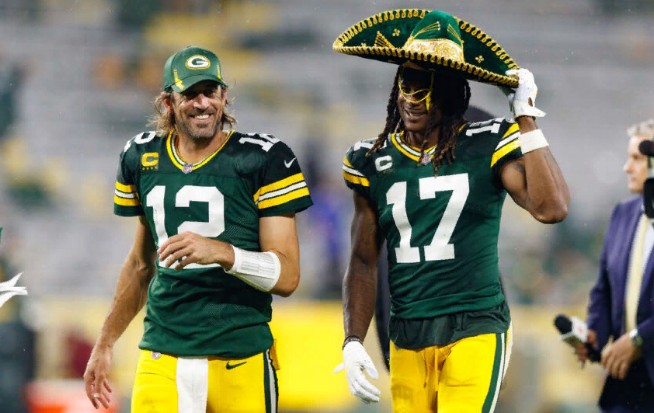 If Aaron Rodgers decides to stay with the Packers, the team must make three moves to increase the chances of a Super Bowl run.

The Packers’ ultimate goal this offseason is to persuade Aaron Rodgers that Green Bay is the right home for him.

His comeback is the difference between being a Super Bowl contender and having to start from scratch with a bunch of unknowns.

What if Rodgers decides to return to the team? The Packers can’t afford to be complacent. To make it worthwhile for the quarterback, the team, and the city of Green Bay, there will be a lot of work to be done.

Davante Adams is almost certainly going to be franchise-tagged, which will keep him in place regardless of what Rodgers decides. The return of the quarterback will ensure Adams’ enthusiasm for all of this.

The franchise tag, on the other hand, is merely a ploy to buy time. Green Bay can demonstrate their commitment to contending by offering Adams a contract extension that fulfills his needs while also addressing the Packers’ cap problem in the immediate future.

Rodgers is eager to team up with Adams. Adams aspires to play alongside Rodgers. They’re one of the most potent passing tandems in the league’s history. Green Bay must treat this relationship with the respect it deserves.

Aaron Rodgers attributes his mental health to the psychedelic ayahuasca…