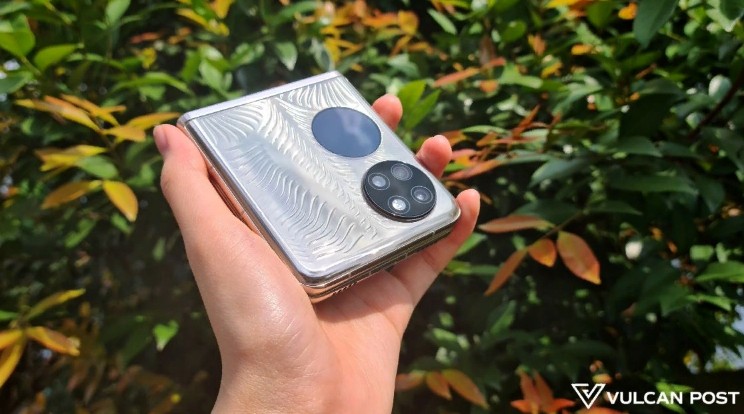 We explain why the Huawei P50 Pocket will not be the end of the Samsung Galaxy Z Flip 3’s career just yet.

To say I was anxious to try the Huawei P50 Pocket after having experienced Samsung’s original Galaxy Z Flip and then the Z Flip 3 would be an understatement.

When I first saw it, I had the same thought that everyone else did: “Could this be an enhanced Z Flip 3?”

Don’t get me wrong: I think it’s great. I enjoyed the Z Flip 3 (although, between this and the Z Fold 3, my heart belongs to the latter, but shh…), but due to its tiny battery capacity (3,300mAh) and poor camera specifications, it was unable to become the lifestyle foldable phone.

So, with its 4,000mAh battery and Huawei’s high-quality camera technology, the P50 Pocket appeared to have the potential to put an end to the Z Flip 3’s career. Things were, however, a little more convoluted, as I would discover later.

“Good news or bad news first?” I could have inquired if we were conversing in person. You don’t have that luxury in this circumstance. I’m going to start with the bad news so we can (hopefully) end on a positive note.

1. The lack of Google Mobile Services (GMS) renders it nearly worthless in this location.

To get the elephant in the room out of the way, I have to admit that the P50 Pocket’s lack of GMS makes me hesitant to consider it for the future.

The truth is, I don’t enjoy holding Huawei responsible for something that is beyond their control. With Huawei Mobile Services (HMS), they’ve undoubtedly tried their hardest, but the truth is that it’s not enough.

Many of the apps I use on a regular basis are still absent from HMS. Aside from Google’s own suite of apps for business, I rely on GMS for my amusement as well.

It’s not my style to spend my days downloading APK after APK, so I’ll have to deduct points for this.

2. A little cover display that follows the P50 theme but isn’t particularly useful.

I appreciate Huawei’s desire to keep the P50 series’ visual style consistent, but sacrificing usability for aesthetics isn’t a scenario I can see working in Huawei’s favor.

The 1.04-inch cover display is not only smaller than the 1.9-inch display on the Z Flip 3, but it’s also round, making it difficult to read alerts or use the selfie function.

3. Hinges that are both smooth and “snappy.”

My coworkers and I all agreed that the P50 Pocket’s hinges were much smoother than the Z Flip 3’s when we first got our hands on it.

However, when I used the P50 Pocket more, I noticed that it had a fault. I believe Huawei placed more priority on the phone’s ease of opening and closing than on making its foldability genuinely useful.

Because of this, the phone opens and closes quickly, but it’s difficult to fold the phone at a specific angle (such as 45° or 120°) without it snapping entirely closed or open.

The minor stiffness of the hinges on the Z Flip 3 allows users to use Flex Mode while propping the semi-folded phone on a flat surface for hands-free operation.

Flex Mode is a Samsung feature on foldable phones that allows apps to automatically rearrange themselves when the phone is partially folded or opened.

4. There is no Huawei Flex Mode or multi-window capability.

As previously said, there is no Huawei version of Flex Mode. This isn’t a deal-breaker, but it is a useful feature that adds to the value of a phone’s foldability.

The P50 Pocket also lacks a multi-window feature, which allows you to execute two different apps on each half of the phone screen once folded.

The Z Flip 3 gained a productivity boost thanks to this feature, which allowed you to view a video on the top half while taking notes on the bottom half.

The P50 Pocket is absolutely devoid of this capability, however, there aren’t many productivity-oriented apps, to begin with.

Despite these drawbacks, the P50 Pro does have certain advantages.

1. Decent (but not outstanding) cameras.

Of course, it’s Huawei, so you should expect good cameras. However, when compared to the P50 Pro, the P50 Pocket leaves a lot to be desired.

When comparing the P50 Pocket to the Z Flip 3, however, Huawei’s cameras shine brightly.

I’m not going to mention the cameras on the Z Flip 3 because they were terrible, but while the P50 pockets are much better, they still have flaws.

When shooting in Aperture or Portrait mode, for example, the fake background blurring might get wacky and blur away sections of the object I truly want to focus on.

However, I won’t call it a drawback because, in my experience, most phone camera software that uses artificial ways to generate the bokeh or portrait appearance occasionally suffers from strange, splotchy blurring or problems focusing on the appropriate object.

2. A visually appealing design (albeit it may not be to everyone’s liking).

The P50 Pocket is visually attractive, thanks to the rear design by Dutch fashion designer Iris Van Herpen.

Her trademark wave design gives the phone a high-fashion edge, and the P50 Pocket’s back would be enough to generate a conversation if its foldability wasn’t enough.

The design isn’t overly bold, but the ultra-shiny and mirrored back really brings the texture to life.

On the front, the P50 Pocket has a slightly larger main screen (6.9 inches vs. 6.7 inches on the Z Flip 3), but I didn’t notice a significant difference in terms of use.

Another advantage the P50 Pocket has over the competition is its ability to close almost imperceptibly.

When the Z Flip 3 was closed, it had a “thigh gap,” which meant there was an awkward empty space near the hinge where keys or other tiny things could get stuck, causing scratches.

The seamless fold of the P50 Pocket is far more appealing from an aesthetic standpoint. When the phone is opened, the screen crease is less obvious, but I don’t think the Z Flip 3’s deeper crease had any detrimental effect on my use.

4. When it comes to battery and storage capacity, more is usually better.

I’ve heard that the Z Flip 3’s 3,300mAh battery is a problem, and my colleague, who owns one (see her 3-month review here), even bought a power bank to keep it charged during the day.

A fully charged P50 Pocket, on the other hand, lasted a respectable 6-7 hours with its camera regularly used and its brightness set rather high during our recent holiday in Cameron Highlands, thanks to its 4,000mAh battery.

This is especially true considering the P50 Pocket’s main selling point is its cameras but is the camera upgrade alone worth the RM2,000-RM3,300 price difference over the Z Flip 3 (which starts at RM3,999)?

The majority of the P50 Pocket’s other enhancements appear to be purely cosmetic, and the lack of utility in its software and foldable features makes it difficult for me to suggest this phone at this time.

I’m aware that Huawei has been impacted by the US sanctions, and it’s likely that it has been unable to obtain the components needed to upgrade its hardware and software.

It puts the brand at a disadvantage, which it hasn’t been able to overcome outside of China. So, if you’re seeking a useable foldable, I’d skip the P50 Pocket until HMS improves and more apps can be utilized on Huawei phones.

My biggest takeaway from this entire experience is that an ideal foldable phone may exist—all it takes is a combination of the Z Flip 3 and P50 Pocket’s strengths.

VP Verdict is a series in which we try out products, services, fads, and apps firsthand. Do you have any more ideas for us to try? Send your proposal to our Facebook page or leave a comment below.

OCBC plans to hire 1,500 tech workers, the majority of whom will be based… 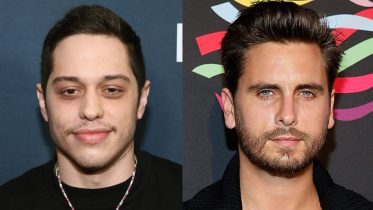