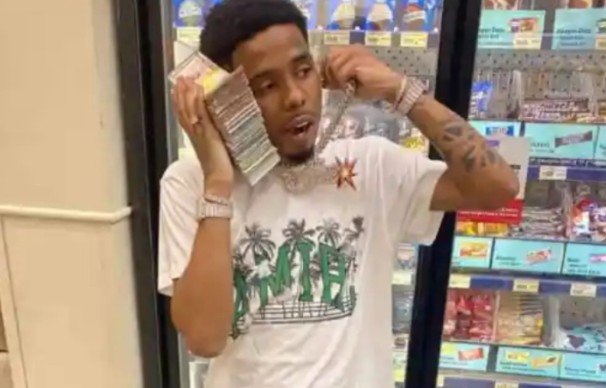 #PoohShiesty pled guilty to a conspiracy gun charge earlier this month, reducing his sentence to a maximum of eight years instead of life.

Pooh Shiesty’s counsel also filed an application for bond after he changed his plea. According to court documents obtained by TSR, it was unfortunately refused.

Because his plea altered, his circumstances changed, and he had a “right to pretrial release under reasonable terms” under both the Florida and federal constitutions, according to the argument.

Pooh Shiesty’s lawyer added that he’s a rapper who “does not pose a threat to the community.” Pooh Shiesty had been cooperative with his requirements thus far, according to his counsel. The motion also asked for a $1 million, 10% cash bond, but the judge turned it down.

Shiesty was facing life in prison after allegedly shooting a guy in the back at a Florida hotel, as we previously reported.

According to Rolling Stone, Pooh Shiesty’s sentence will be reduced to a maximum of 8 years in prison as a result of his guilty plea. He was charged with conspiracy to possess a firearm in furtherance of violent and drug-trafficking crimes, but the other three counts in his indictment were dismissed by prosecutors.

Be the first to comment on "After the judge denied Pooh Shiesty’s request for bond, he will remain in custody"